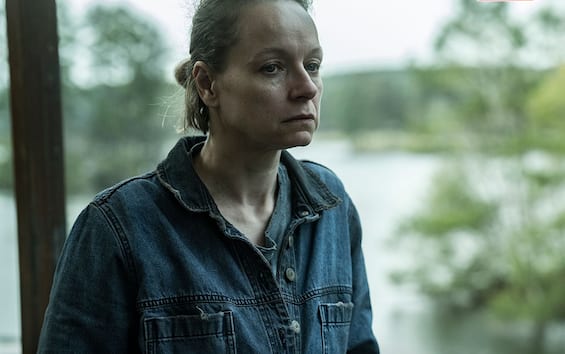 Tales of the Walking Dead, the images of the spin-off series

A few days before the grand finale of the TV series The Walking Dead comes to Disney+ Tales of the Walking Deadthe latest addition to the expanded universe created by Robert Kirkman (also visible on Sky Q and via the app on the Now Smart Stick). Every Monday it will be possible to see a new episode for a total of six self-contained ones that focus on new characters and some personalities already notes to the public of the zombie apocalypse. Each of them must make ruthless and dangerous choices, life and death, and new worlds and myths of The Walking Dead.

The images of the new anthological series

The Walking Dead 11, everything you need to know

The six episodes tell six different stories set in the same world ravaged by the zombie apocalypse of the original series. For each protagonist the stakes are high and each story is told with different tones and eyes. The details of the various adventures have not been revealed, but some images of the series have been published on social networks showing the performers and suggesting a good dose of adrenaline, action, blood and emotions in various locations.

The cast of Tales of the Walking Dead

Olivia Munn, Samantha Morton, Terry Crews, Poppy Liu, Jessie T. Usher, Daniella Pineda, Danny Ramirez, Anthony Edwars, Parker Posey and Loan Chabanol make up the cast of this series to be discovered. Behind the camera there is not always the same director but alternate Ron Underwood, Deborah Kampmeler and Haifaa Al-Mansour. Fans of the AMC series can rest easy with all the announced projects between spin-off series and reboots that will continue to bring this apocalyptic and bloody universe to life.

David Martin is the lead editor for Spark Chronicles. David has been working as a freelance journalist.
Previous “Depay is essential to win the World Cup. Dumfries will improve”
Next The curious case of the village that has more books than inhabitants