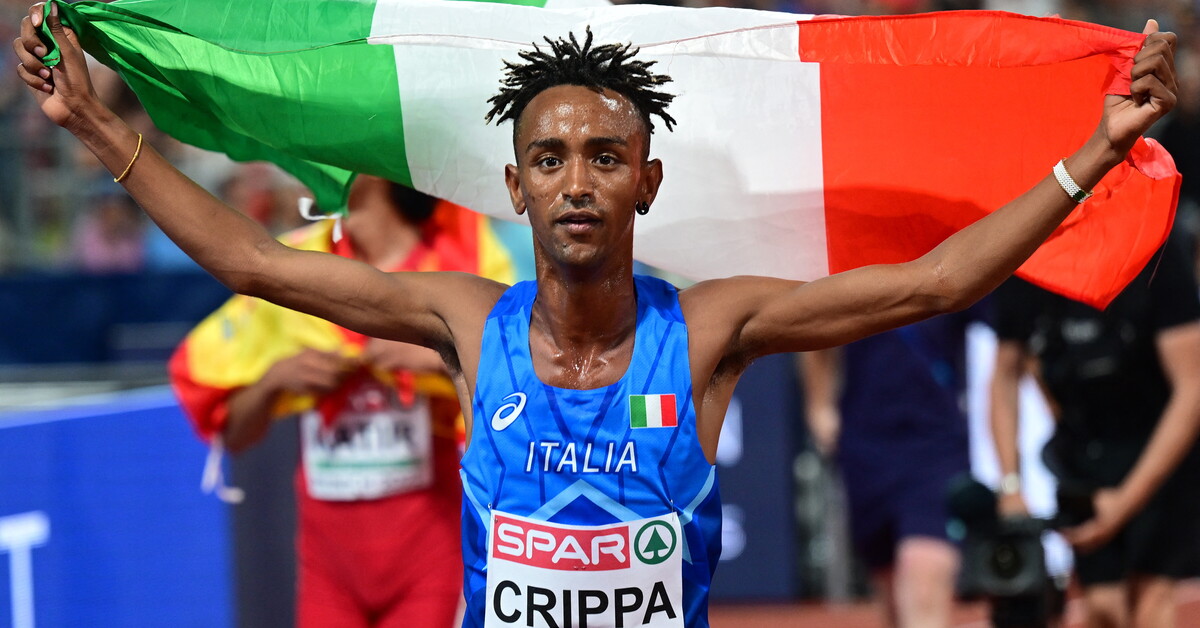 Tamberi and Fassinotti in the final in the high jump

The second medal for Italy arrives in the Munich continental review

Yeman Crippa you take a splendid European bronze in the 5000 meters. The Italian middle-distance runner wins the second step of the podium at the Monaco Championships with a time of 13: 24.83, on a distance that is not exactly the sight of him the greatest propensity for 10 thousand meters, proof that he will be the protagonist on Sunday. In front of all the Norwegian Ingebrigsten, in second place Katir. Good test in the afternoon also for Gianmarco Tamberi qualified for the final of the high jump. With him also the other blue Marco Fassinotti. Christian Falocchi eliminated at 2.17.

Another medal for Italy arrives at the European Athletics Championships and it is bronze. Yemaneberhan Crippa climbs to the lowest step of the podium and takes home an incredible third place. An amazing race that of the blue middle-distance runner who starts very well and immediately remains in the top positions. At 2000 meters the Italian keeps pace and still remains in command. On the last lap, he escapes along with the Norwegian and the Spaniard. In the end he triumphs as expected Jakob Ingebrigtsen in 13: 21.13 before Katir (13: 22.98). Crippa concludes with an excellent final time of 13: 24.83. The other blue in the race, Pietro Riva ends with the thirteenth time: 13: 34.09.

Olympiastadion immediately sees the smile of Gianmarco Tamberi in these European Athletics Championships that are held in Monaco. The track of the German city gives the pass to the final high jump to the champion from the Marche, albeit with extreme suffering. The reigning Olympic champion enters the scene at a measure of 2.17, passed without difficulty. At 2.21 the first error, also thanks to a physical condition not exactly the best, then on the second attempt he remains alive. When the bar rises to 2.25, the athletes agree to finish the race. Also qualified Marco Fassinotti, which disputes a good qualifying test and jumps on the first attempt to 2.21. Different speech, however, for the other blue competing in group A Christian Falocchi ending his European experience at 2.17. In addition to the two Azzurri, the qualified for the high jump final are: Carmoy, Ivanov, Potye, Ameels, Wagner, Przybylko, Protsenko, Doroshuchuk, Micheau, Stefela

David Martin is the lead editor for Spark Chronicles. David has been working as a freelance journalist.
Previous Auto Insurance, with these tips you can save on cost: follow them and you will spend less
Next Psychodrama dem about nominations. The excluded attack and Letta prepares for new abandonments