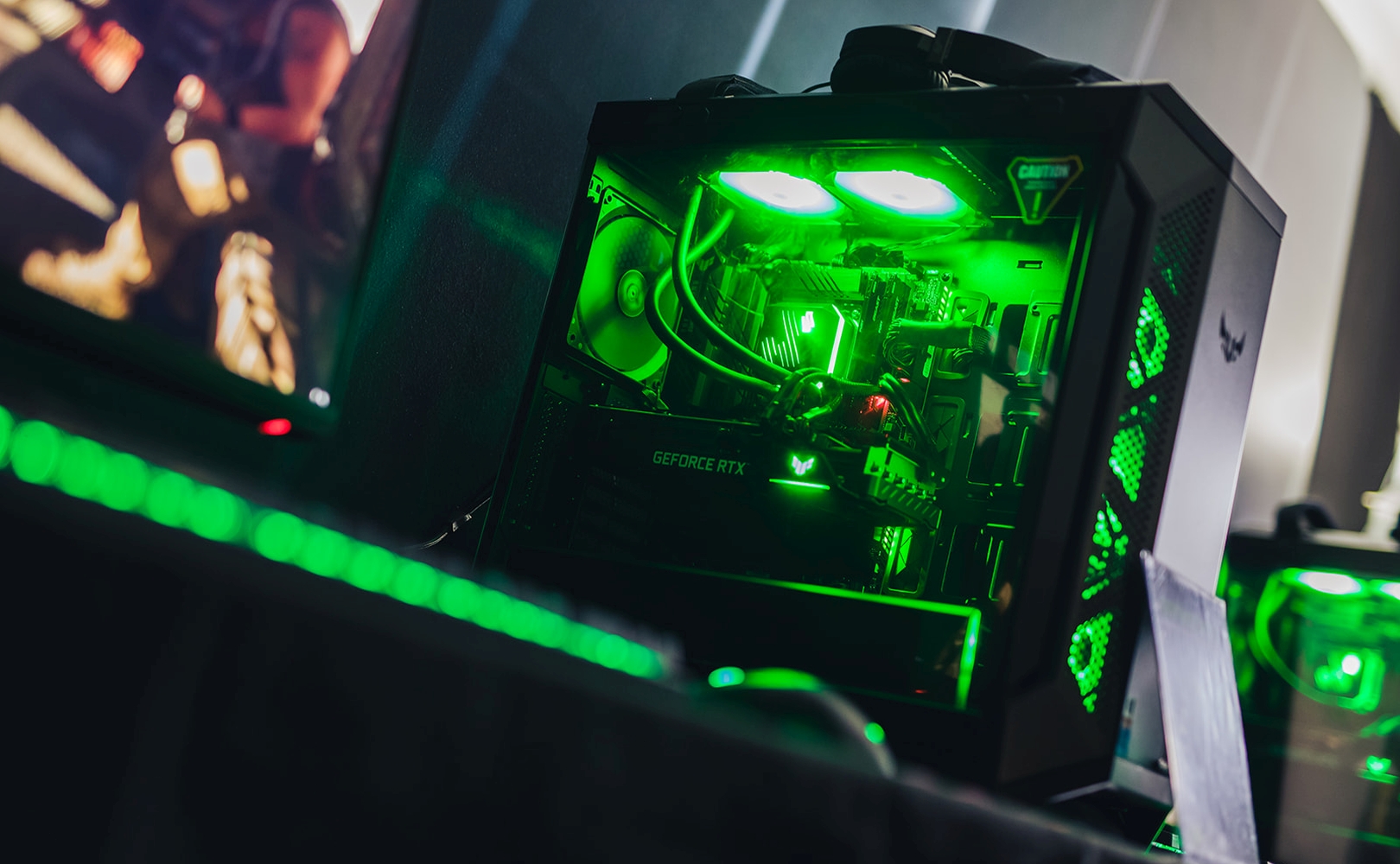 The new graphics card in the computer means not only better performance, more built-in memory, which will ensure compatibility with the latest software versions. It is also the technologies that make the world created in games more and more resemble our own

Word of the year 2021? I think you’ll agree that “scarcity” is a good word. The latest DDR5 memory is missing, the prices of graphics cards have soared into space and they do not want to fall at all. There is a recipe for it, at least in the latter case. Ready kits with NVIDIA RTX memory cards. Probably they have never been so attractive and so justified, even in the case of computer experts. When buying a set, we can save a lot and get what we expect, without waiting impatiently for a memory card in an individual offer.

All we expect is performance in programs and, above all, games, and a sufficiently high number of frames per second. Usually we are happy that the computer meets our expectations and allows you to play at the highest settings. At the same time, we can forget how much work was put into creating the appropriate technologies implemented in NVIDIA RTX cards, and which make gaming even more enjoyable.

It is worth getting acquainted with them, because maybe then you will appreciate the value of ready-made sets even more, and you will also appreciate the meaning of the phrase “realism in gaming”. It also deserves a mention this year, besides, it has several faces and is not limited only to attractive-looking graphics on the screen.

First, DLSS, a technology that you can run only on GeForce RTX cards

DLSS stands for Deep Learning Super Sampling, the name of a technology that uses neural networks to generate additional, not at all redundant, image frames in the game. Adding consecutive frames has always been burdened with problems with the effectiveness of proper interpolation and related artifacts.

NVIDIA develops the DLSS technique, and its latest implementation, number 2.3, almost completely eliminates the smear effects that plagued earlier versions of DLSS. Improved the accuracy of using motion vectors to improve the detail of displayed moving objects, giving the impression that the image looks more detailed than the native resolution.

Today, DLSS can be used in over 130 games, including Marvel’s Guardians of The Galaxy and Farming Simulator. Thanks to the updates, it also found its way to titles such as Doom Eternal, Cyberpunk 2077 or Shadom of the Tomb Raider. The great potential of DLSS lies in the integration with the Unreal Engine and Unity graphics engines. This allows you to look with hope at new game titles from independent producers, the so-called indie games.

DLSS does not require ray tracing, but combining with it will allow for even more natural gameplay. This is why.

Ray tracing is the most important face of realism in games. There is still room for improvement

Ray tracing technology at the beginning of the GPU industry was associated only with 3D modeling programs. But today, almost every game, even the Minecraft block game, is a 3D world created live at a stunning pace, so without good ray tracing it will not be possible. And it’s not just about ray tracing performance, but about the realism of the operation.

NVIDIA RTX graphics cards improve it in such aspects as global lighting, glare and shadows. The goal here is to strive for the aforementioned realism, so we get an increasing number of analyzed light sources. Not only those that shine, but also those that reflect or absorb light are secondary, but contribute to changing the perceived image of reality no less than the primary lighting.

Sometimes the effect may seem opposite to what we expected, because an otherwise bright scene suddenly becomes full of shadows, or sharp shadows become blurred and allow the play of lights. But that’s the reality that game developers are striving for. It is no longer necessary to ask why this corner is so bright, or what actually illuminates this table.

But how am I supposed to know it’s actually better?

Yes, there is nothing like a comparison. Therefore, it is best to view the screenshots taken with the functions turned on and off, and even compare the video recordings. To make this procedure easier for us, NVIDIA proposes a new ICAT tool, i.e. Image Comparision & Analysis Tools.

It allows you to compare and enlarge images from four different sources (video, image). And no one will tell us that we have overpaid.

Winning depends on the frame rate, which is realism in another way

That’s what NVIDIA says, and while you sometimes have to see it to believe it, it’s an undeniable fact that the more frames in a game your graphics card generates, the faster the changes in action are available to us. Logic based on the fluidity of the image tells us that about 30 to 60 frames are enough for the gameplay to be smooth. It’s true, but the frames hide not only the smoothness of the image, but also information about what is happening in the game. The more frames a card generates, the faster we know what has changed, because each subsequent frame is the more current state of the game. We see faster what is actually taking place, for example an enemy emerging from behind a wall. For this, a monitor with a refresh rate of 144 Hz or more, even reaching 360 Hz, is not enough. You also need the graphics card to work together.

Therefore, an increase in the number of generated frames from 60 to 180, i.e. three times, allows you to increase the chance of winning in shooters by up to 90%. This is, of course, an ideal situation, based on the analysis of data from the best players, but even less advanced RTX users will feel the differences in their own statistics and satisfaction with the game.

Increasing the number of frames per second in the new NVIDIA RTX cards is achieved not only thanks to higher GPU performance, but also by implementing the NVIDIA Reflex technology, which also works better with a more efficient card. It optimizes the path that the data must travel during image generation, and reduces the delay before being displayed on the screen. Differences are counted in milliseconds, which seem impossible to grasp with the human eye, but practice shows that they decide who will fall and who will move on.

NVIDIA Reflex is still an evolving technology, but is now available in 12 of the 15 most popular esports titles. On the manufacturer’s website you will find a list of games that benefit from its implementation. There is also a list of mice and monitors that allow you to track the actual benefits of using it by displaying the “saved” time in ms.

It’s worth boasting about good gameplay

You do well in the game, you like to brag about your achievements, or maybe you prefer to sit in the audience and comment on your favorites. In any case, undisturbed transmission is important. In addition to a good internet connection, an important role is played by a graphics card that works with NVIDIA Broadcast software with AI elements.

In addition to the function of creating a broadcast with a graphic background in the form of a screen from the game or an overlay with us, we will find functions of removing noise from both the transmitted sound and image. And when we record at home, such problems are common. After all, we do not always have perfect studio lighting, and household members and home appliances do not always want to cooperate with us.

Also, the virtual background will be superimposed without any errors. In this way, the presentations are devoid of elements that spoil the impression of professionalism provided by the broadcast of the game itself. To use these amenities, you will need a computer with an NVIDIA card. The minimum in this case is RTX 2060.

Take the set with the NVIDIA GeForce RTX, you will surely be satisfied

Until recently, we would be inclined to ridicule such a proposal, especially as advanced users who ate their teeth while assembling more than one set. However, the reality is as it is.

Fortunately, stores have noticed that a good set will be appreciated and offer sets with NVIDIA GeForce RTX cards at various prices, so that everyone can find something that will be best for them. Both home gamers and e-sports enthusiasts.

The text was created in cooperation with the Komputronik company

He likes dogs, pizza and popcorn. Already a fanboy of Nintendo and Sony, but today throws anything. He has collaborated on sites and magazines such as GameBlast, Nintendo World, Hero and Portal Pop, but today is dedicated exclusively to Spark Chronicles.
Previous Ukraine: “The Russian operation is likely to be carried out in January”. USA concerned | World news
Next Robert Lewandowski’s Ferrari is waiting for the auction. The price has already exceeded EUR 100,000 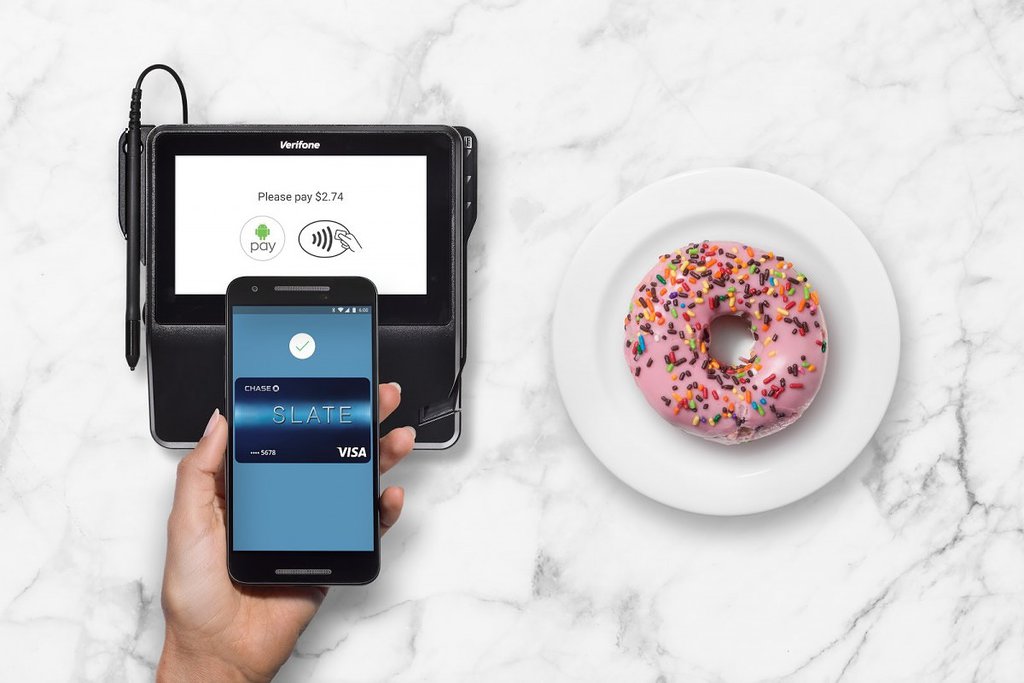 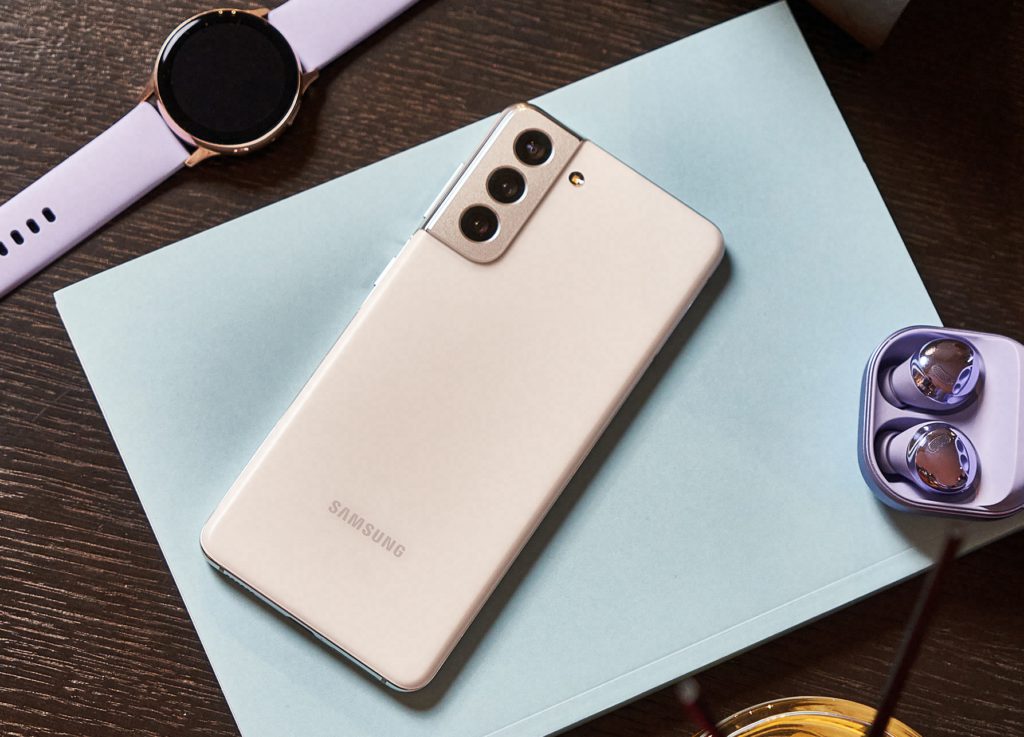 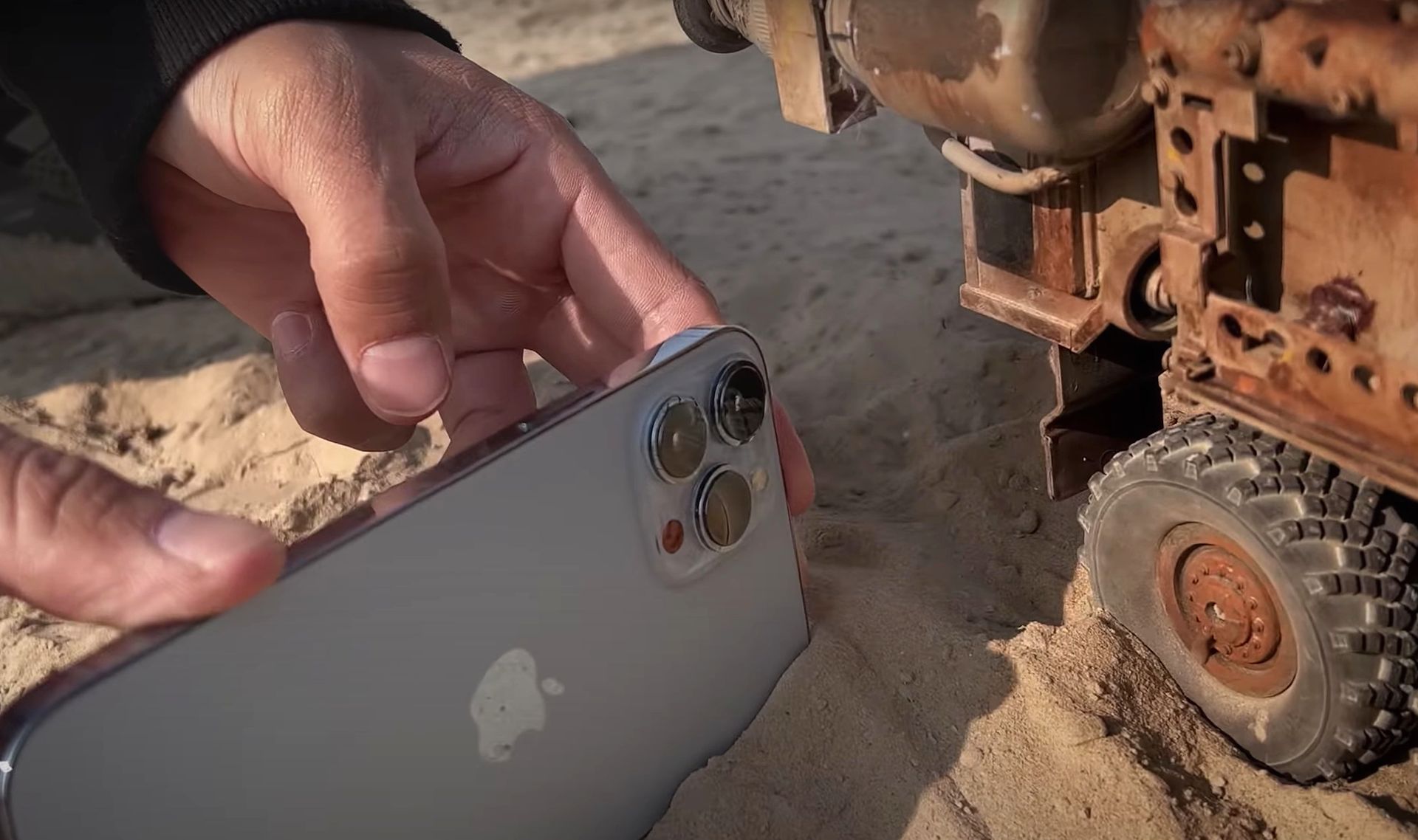 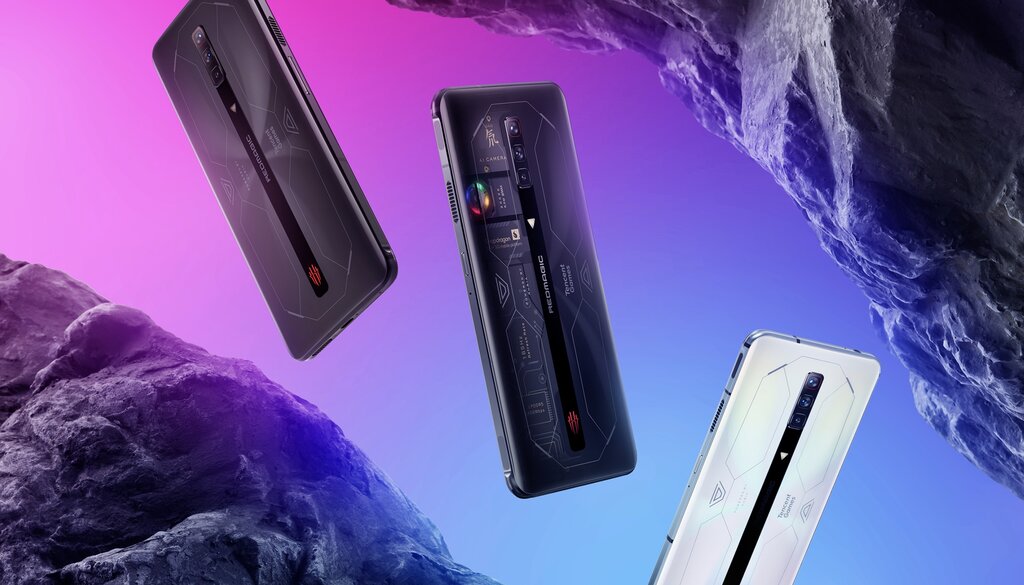