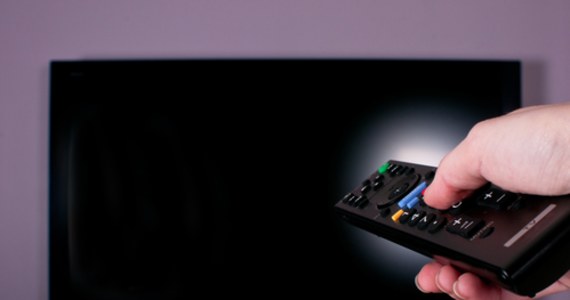 Television revolution. Voucher only for the purchase of a decoder!

In the first half of 2022, a new standard for broadcasting programs will be introduced in Poland – similarly to other European Union countries -: DVB-T2 / HEVC. Switching off the old signal will be gradual – it will start at the end of March and will last until June 30.

For some households, changing the standard will be a necessity replacement of the receiver with a newer one, adapted to change the standard, or to retrofit the currently used receiver w digital terrestrial television decoder. Last year, the National Media Institute and the Digital Poland Association informed that over 2 million households in the country are at risk of losing access to television.

The draft bill on supporting households in bearing the costs of changing the digital terrestrial television broadcasting standard prepared by the government provides for the possibility of obtaining a benefit including the purchase of an appropriate set-top box. Public consultations on this issue are currently underway.

The Digital Poland Association assessed that limiting the co-financing mechanism to the purchase of set-top boxes “clearly limits the choice of consumers, exposes them to the risk of unfair sales practices, prevents the full use of the new standard and contributes to maintaining and deepening the digital divide among citizens”.

The biggest concern of the domestic digital industry is the fact that the mechanism proposed by the government to provide financial support to consumers does not include televisions. In the position of the organization it was stressed that such a solution carries the risk of serious consequences for the domestic economy, especially for the TV set production sector. In the opinion of Cyfrowa Poland, the limitation of co-financing to purchase of set-top boxes “is discriminatory against some entities operating in Poland and directs capital to external markets”.

“Television set production sector gives employment to over 30 thousand. people and creates over 20 million TV sets annually. Poland, which is the largest producer in Europe, is also not a production location for set-top boxes, which are manufactured mainly in Asia. Granting subsidies in accordance with the current draft Act only for set-top boxes will have negative consequences for the Polish economy. Will drive the demand for set-top box marketwhile refusing to provide similar support to entities producing TV sets in the country, as a result making it difficult for them to maintain and create jobs and build Poland’s GDP “- wrote the Digital Poland Association in its position.

The Digital Poland Association also pointed to the consequences that may be borne by the recipients of digital terrestrial television themselves who decide to use a voucher for the purchase of a set-top box. “Such a device is not self-sufficient. Connected to the household TV not compatible with DVB-T2 / HEVC, not only will not improve the image and sound quality, but also often will not allow you to take advantage of the new functionalities of the standard (e.g. hybrid TV HbbTV) “- the Association noted in a letter sent as part of the consultations.

– Possibility of funding for the purchase of a TV set does not exclude the use of a voucher for the purchase of a set-top box, and the solution we propose will not mean an increase in expenditure on supporting customers’ purchases. It will only expand the choice available to them. This is what was done during the transition to DVB-T2 / HEVC, among others in France or Great Britain – summed up the proposal of the Digital Poland Association by its president, Michał Kanownik.

The Digital Poland Association passed its position on the draft act on supporting households in bearing the costs of changing the standard of broadcasting digital terrestrial television, including to Prime Minister Mateusz Morawiecki and responsible in the government for the digitization of Janusz Cieszyński, Secretary of State at the Chancellery of the Prime Minister.

The variety offered by video games never ceases to amaze him. He loves OutRun's drifting as well as the contemplative walks of Dear Esther. Immersing himself in other worlds is an incomparable feeling for him: he understood it by playing for the first time in Shenmue.
Previous Cryptocurrencies – how to settle the tax?
Next Legia.Net – Legia Warsaw – Johansson’s return, set fragments of the game