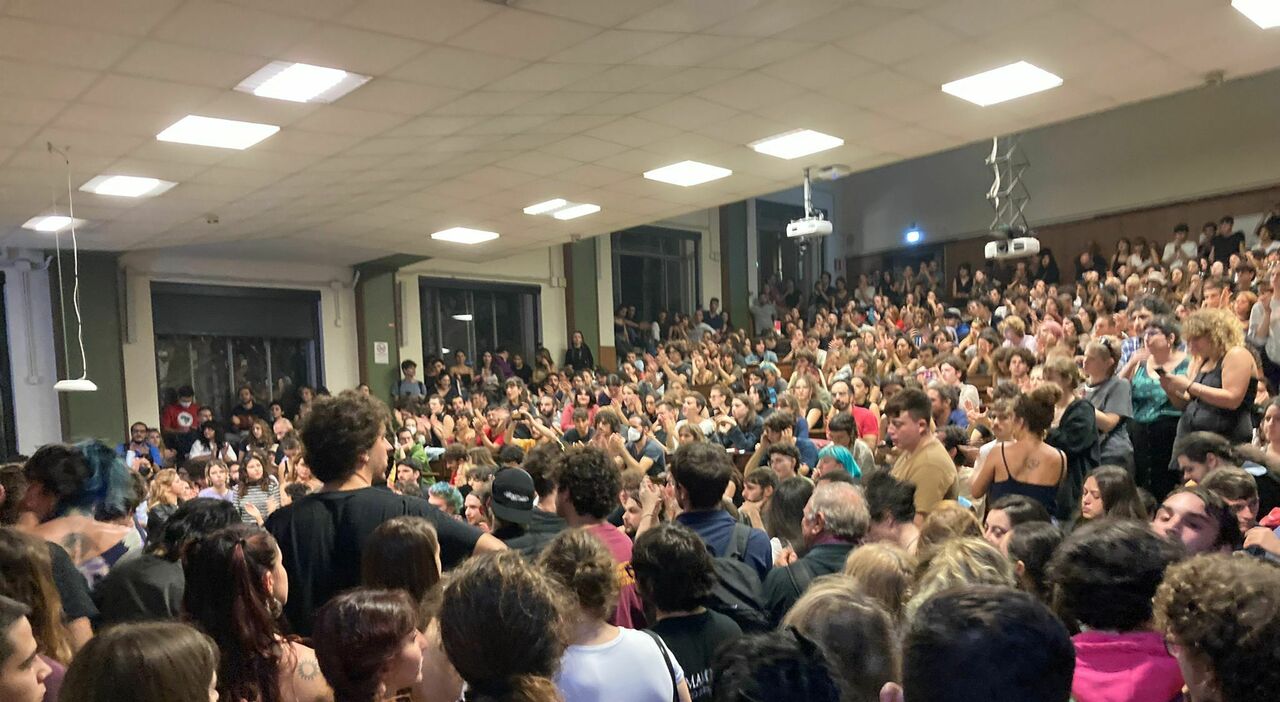 tension after the clashes with the police. “Rector resigns”

High voltage at the Wisdom after clashes of the past few days between the students and the police. The student movement “Change course“, Through a press release, made it known that «The violent charges on the students have pushed the university students gathered in assembly to occupy Political Science“.


“Our requests are clear: we want the immediate resignation of the rector Polimeni and the guarantee that the police will never again enter the university – they add – Simple requests, aimed at re-establishing minimum levels of democracy and liveability in the university , noting that the highest internal institutions of Sapienza have not been able to guarantee the safety of students ».

“The Meloni government, in continuity with the Draghi government, is already exacerbating the levels of repression of protests, a tactic we know well: to strike dissent to continue, without real opposition in the country, to produce warmongering, anti-popular and that condemn our generation more and more to a future of precariousness ».

«This Parliament and this Government – continue the students of ‘Cambiare Rottà – do not represent us, just as the government of our university does not represent us. The violence against Roman university students reminds us of the batons on high school students who protested against school-work alternation, after the murders of three of their peers, who died of school and profit. From the Wisdom rises a cry of anger against the hypocrisy of the entire political class. Starting with the resignation of the Rector and the claim to never see police forces in universities again, let’s raise our heads because it is time to change course in this country! », They conclude.

Flc-Cgil: “No repression and evictions”

“The facts of the Sapienza, with the entry of the police into the University and the violence against the students who protested, are an alarming sign. A violent repression that we would not have wanted to see and that we fear could be repeated against girls and boys who are starting to express their discomfort again by occupying school buildings ». This is what we read in a note from the trade union Flc CGIL.

«The occupations are not answered with evictions, nor with disciplinary measures, but with dialogue with a generation that has already suffered severely during the pandemic. We strongly reiterate that we will not tolerate dissent being repressed with violence and that this happens in places of knowledge. For this reason, we trust in a common effort by the institutions to maintain a serene and dialoguing atmosphere in schools and universities and in all places of training ».

Videogames entered his life in the late '80s, at the time of the first meeting with Super Mario Bros, and even today they make it a permanent part, after almost 30 years. Pros and defects: he manages to finish Super Mario Bros in less than 5 minutes but he has never finished Final Fight with a credit ... he's still trying.
Previous Monza, Pablo Marì stabbed in Assago-Milanofiori
Next the 25 most chic ever | Vanity Fair Italy