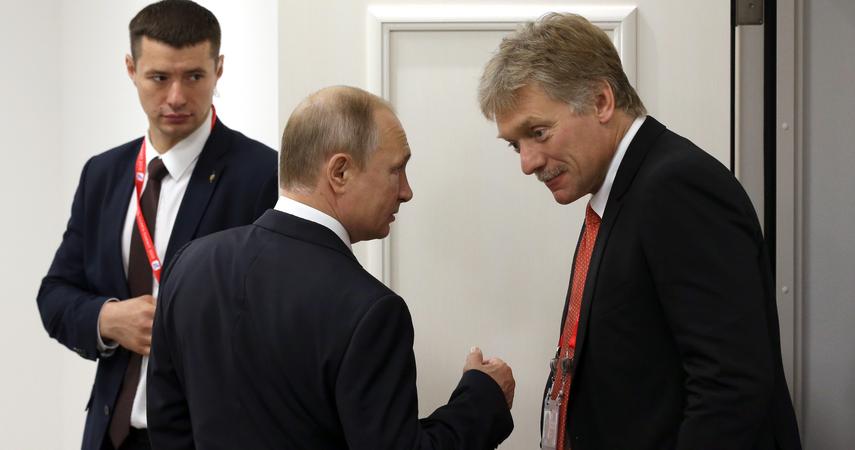 Tension between Russia and Ukraine. The Kremlin takes the floor

Kremlin spokesman Dmitry Peskov said on Monday that the West is running an information campaign aimed at presenting Russia as a threat to the settlement of the Ukrainian crisis, and the media are providing “shots” as part of this campaign.

A targeted information campaign is underway. We note that the Bloomberg agency is used as a tool for the “throw-in”, and certain American newspapers also participate in this, Kremlin spokesman Dmitry Peskov said.

He said the campaign’s aim might be to distract attention from the “aggressive ideas” which he believed Ukrainian authorities had regarding the separatist-controlled areas of Donbas.

See also: Sean Penn photographed on the Ukrainian-Russian front. The actor collects material for the film

Peskov accused the armed forces of Ukraine of “provocations” which “are carried out with the use of weapons supplied by NATO countries”. He then added: “All this is being done in violation of the Minsk agreements.”

Referring to reports about the activity of Russia’s troops, a spokesman for the Kremlin said that its armed forces were conducting exercises, both planned and unplanned. Any movement of the Russian Federation troops on our territory does not pose a threat to anyone and should not worry anyone, said Peskov.

See also: “La Repubblica”: Putin wants to squeeze the EU in a vice

Ukraine is expecting an attack

Meanwhile, Ukrainians say the Russian army is grouping at their borders, planning an attack in early 2021 – Russia has amassed over 92,000. soldiers at Ukrainian borders and is preparing an attack in late January or early February next year – said the head of the main intelligence board of the Ministry of Defense of Ukraine, Kyryło Budanov, quoted on Sunday by the Military Times portal.

According to him, such the attack would most likely involve air raids, artillery and armored attacks and airborne attacks in the east, sea landings in Odessa and Mariupol, and a smaller incursion through Belarus.

He stated that the information of the Ukrainian services is consistent with the data of the US intelligence.

Videogames entered his life in the late '80s, at the time of the first meeting with Super Mario Bros, and even today they make it a permanent part, after almost 30 years. Pros and defects: he manages to finish Super Mario Bros in less than 5 minutes but he has never finished Final Fight with a credit ... he's still trying.
Previous Slag. A sincere conversation by Maciej Janowski. He told about his relationship with Zmarzlik
Next MIUI 13 is getting closer – 9 Xiaomi models with an update by the end of the year