Terrifier 2, from vomitorama to the Oscars!

Art the Clown is back! How wonderful! To the delight of all coulrophobics and, apparently, all the gut-sick audience who threw up while watching this Terrifier 2. bums on seats, then how they manage their internal organs is not Art’s business. That is, if it were up to him, their organs would be squashed all over the walls of the dining room, but you can’t have everything from life – nor from death. The story of this film is made to warm your heart before Art rips it from your chest with some kitchen utensil leaving you in a lake of blood, organs, offal – but still alive and conscious, against all anatomical logic! Naturally, the director (of the first and of this one) Damien Leone does not care about the likelihood, because his cinema is Art (e). But let’s get back to us! Sorry, I got carried away; Actually, Art cut it out of me, but I forgive him because I love him. And how can you not want it? He comes, kills and goes; then, if appropriate, he returns to complete the job. But better not to digress, because if I let myself take the other hand, I can no longer write.

There are all these generic images that could be drawn from 1 or 2 or other, but in short, the substance counts

The story is that Damien Leone, fresh from the success of the first film, opened an indiegogo to finance a, I say a particularly bloody scene – because the rest of the film was like an intimate Özpetek drama. Well, after 3 hours Leone had already financed the whole film. And the money kept coming! Because? Maybe because after the pandemic the public wanted to have fun and take the piss out of the black lady with the scythe with whom no one joked about shit for two years; or perhaps because the beautiful cinema is also to admire a guy dressed as a black and white clown who kills people very badly. The result is evident: the production values ​​are very high (there is even an underwater scene) and the minutes too. Here, this in my opinion is the only weak point of the film, but with so many backers and so generous you can’t reward them with a 90-minute short film. Do you remember when I wrote that first Terrifier Was it cool because it had no texture and went straight to the point? Damien Leone didn’t listen to me and filled this plot sequel – what a clown! But, in fact, it is all justified and even a duty.

As you may have guessed, this sequel is also full of badly shot kills with the rubber special effects that we like; this is a winning point that cannot be changed. Art is still the excellent David Howard Thornton, one who frames him, takes turns and makes you the film himself. There are also new characters including the Pale Little Girl, a sort of daughter of Art who is presented without any explanation, behaves incomprehensibly and then disappears. So good; maybe we will see her again in the next chapter of the Art saga, who knows, for now she has brought home her beautiful scenes of her. Even the epilogue (in the middle of the credits, be patient) is incomprehensible, it goes back to the first one, it opens up to a sequel, however it is fun. Madonna, these are beautiful Terrifier, it’s a pity that every now and then you feel the need for a good scissor kick (at the shot, not at some part of the body); however I warn you that there is also a scene of mangling the genitals of a tamarro. 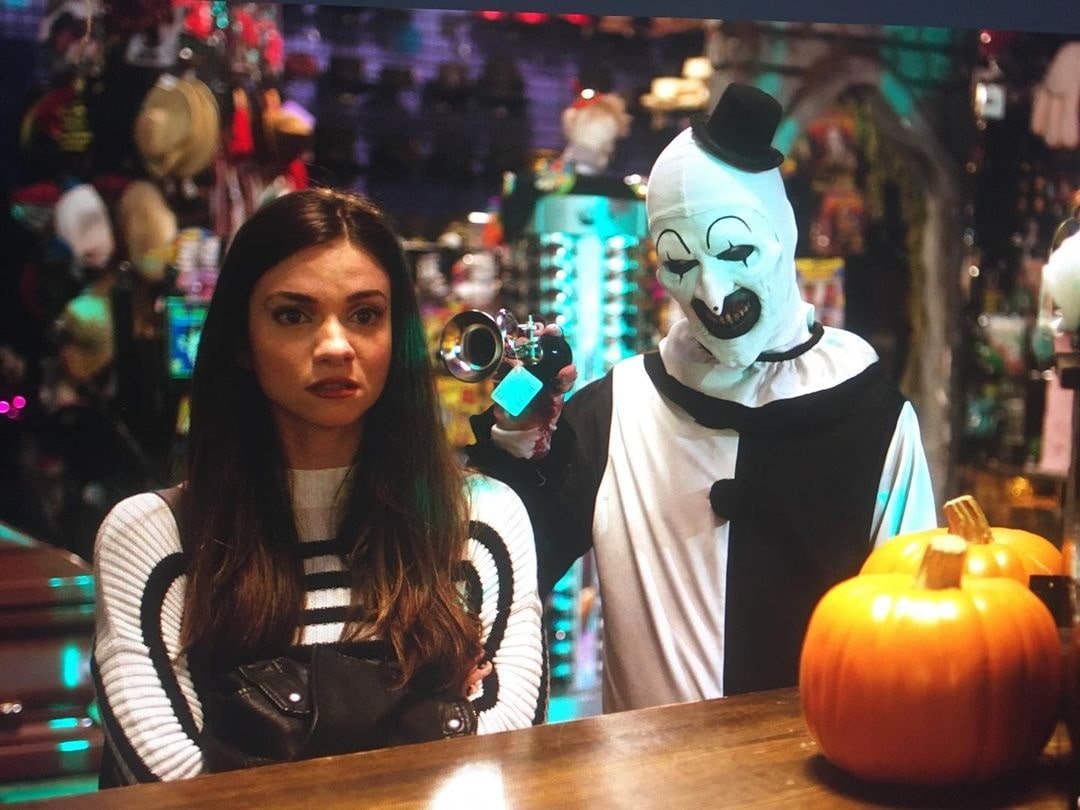 He just wants someone to love him <3

The real plot is that Art is “called back to life by a mysterious entity”, and already here applause for the gratuitous arrogance, and starts to torment his brothers Sienna and Jonathan. Orphaned children of an unspecified father cartoon artist who somehow knew and drew the character of Art (all information that will probably be clarified in the inevitable third chapter), they are two American teenagers with PROBBLEMS: Sienna is a little more into it , Jonathan is younger and more fragile and certainly kills himself with saws; both miss the father figure and make up for it in their own way: Sienna builds a beautiful winged warrior costume for Halloween based on her father’s drawings; Jonathan is morbidly passionate about Art and his fame. Meanwhile, her mother Barbara swears left and right of her because she does a fucking customer service job and has to raise her two sons alone; she’s not all wrong! This does not prevent her from dying very badly when Art decides to visit this bizarre family, first in a hallucinating dream talk show for children, then in reality. There is obviously something underneath that Leone has decided not to tell us, for now; let’s hope that he doesn’t get it into his head to explain one thing at a time with the dropper over another 3 or 4 sequels of two and a half hours, but in short, let’s not complain that it’s all fat (and blood, mucus, serum, pleura) that there. 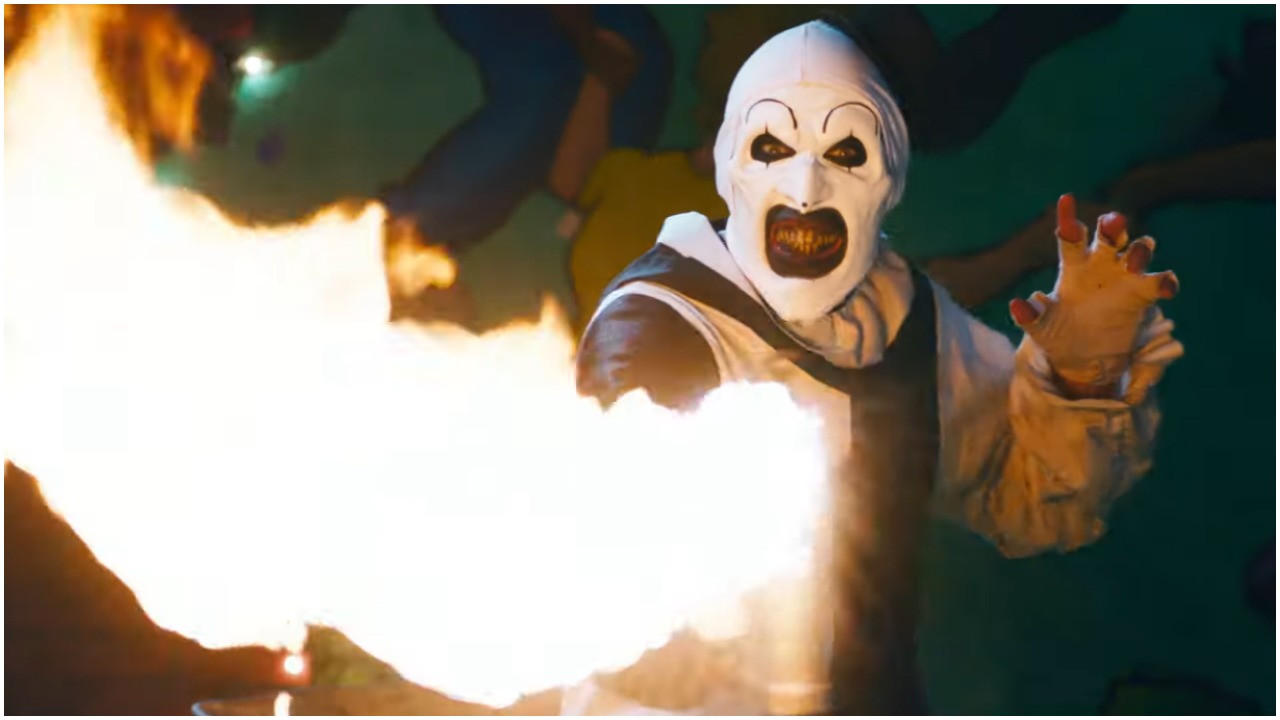 Art is not afraid of rising gas prices

There is also a second story, and that is that producer and distributor made the joke of submitting Terrifier 2 to the attention of the Academy, that bunch of incompetents who distribute gold statuettes that are nothing more than a pale imitation of our Sylvester Awards. Oh, the Academy rules speak for themselves and there is nothing you forbid Terrifier 2 to compete for the Oscars – and since “if someone is against it, speak now or shut up forever”, no one has spoken so the film has every right to compete and perhaps be selected for the actual nominations. And also to win, while we’re at it! Let’s be clear, this is definitely not the best film of the year, neither in America nor elsewhere; but you want to put the pleasure of seeing Art in Terrifier 3 smash someone’s head to the sound of Oscar, PAM PAM PAM, as and better than Mia Wasikowska in Maps To The Stars? I would say the game is worth the candle.

David Martin is the lead editor for Spark Chronicles. David has been working as a freelance journalist.
Previous Tensions in Kosovo, fear among the population: “In these moments friendships are broken and nationalism and risk of escalation return”
Next Insulin Resistance and Belly Fat: What to Do