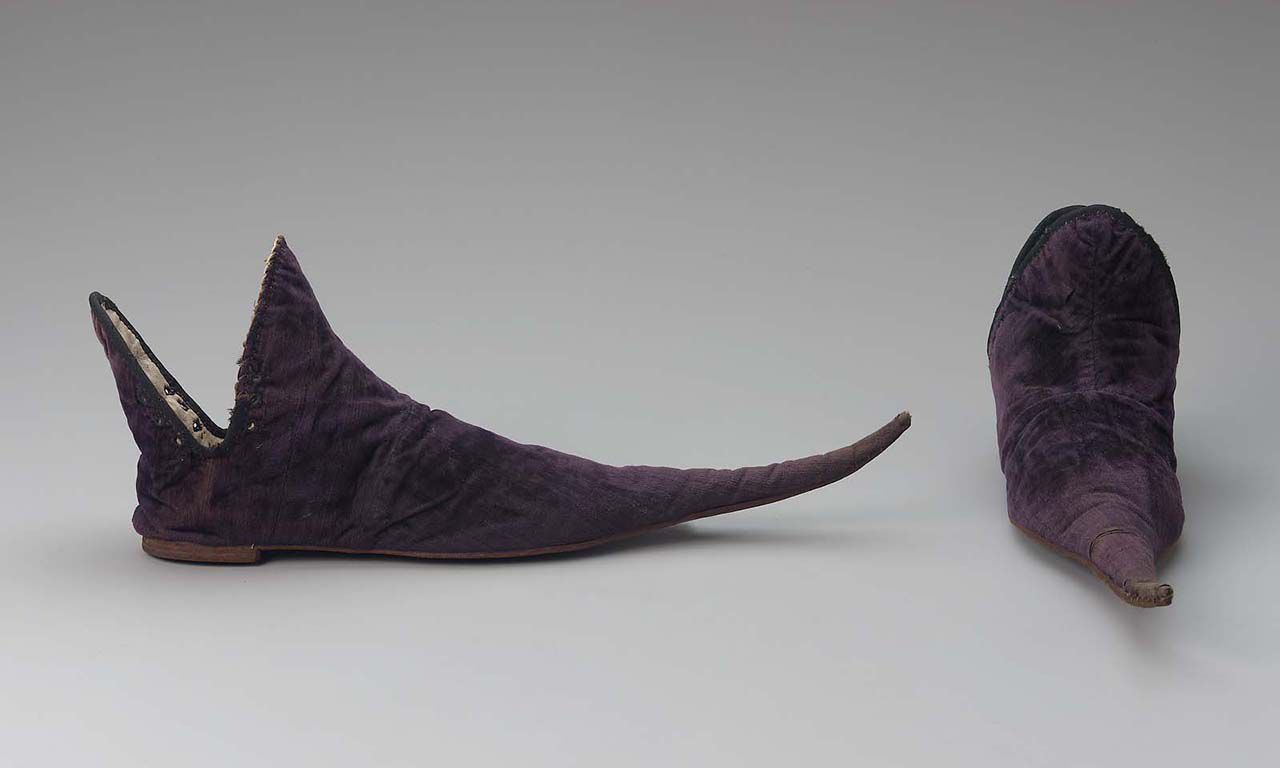 Fashion evolves quickly and something that today seems to be “absurd” might have been very much in vogue long ago. An example concerns the history of heels, first used by the most powerful men in the world, while today considered purely feminine footwear. The same goes for the “poulaine”a shoe with an extremely long toe.

These shoes were used among the European nobility during the 15th century and originally come from the city of Krakow, Poland. The elongated part was usually filled with padding materialslike wool, to maintain their characteristic shape and last as long as possible over time.

It was both men and women who wore this type of shoes, but the men’s shoes usually had longer tips … which could reach up to 50 centimeters! Rather than being a fashion in the strict sense of the term, shoes were used rather to show the status symbol of those who wore them.

In addition to being incredibly expensive, as it took a lot more materials than normal to make them, the impracticability of the design it prevented the wearer from engaging in physical laborwhich meant that they lived in luxury and could afford not to work and live in absolute cotton wool.

In 1368 King Charles V of France forbade the use of poulaine because the tips made it difficult for the wearer to kneel during prayer. The same was done by King Edward IV of England (protagonist with his brother in the enigmatic case of the “Princes of the Tower”), who passed a law that made it illegal to wear them with tips longer than 5 centimeters.

He likes dogs, pizza and popcorn. Already a fanboy of Nintendo and Sony, but today throws anything. He has collaborated on sites and magazines such as GameBlast, Nintendo World, Hero and Portal Pop, but today is dedicated exclusively to Spark Chronicles.
Previous at Villa Sofia free cerebrovascular screening visits
Next F1 / A Red Bull to rule them – Carlo Platella