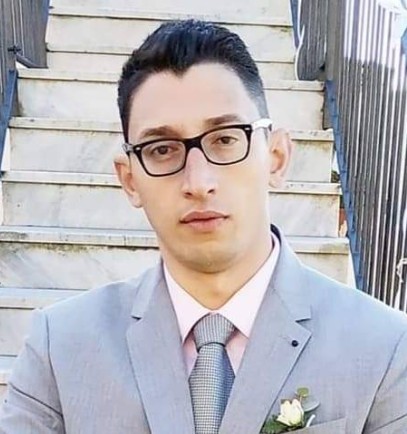 That landslide that devastated Casamicciola on October 24, 1910 – The Gulf 24

OF IVANO OF BETTER

The disastrous landslide that took place in Casamicciola on the night of Saturday 26 November, has numerous and disturbing similarities with the landslide of 24 October 1910, which took place in the same area. I recovered an important historical document: the Official Gazette of the Italian Republic of the time. Let’s see what it brings together.

At 18:00 the prefect received the following telegrams from the Mayor of Casamicciola: terrible flood. Part of the country flooded, few victims so far. Immeasurable damage. Please send first aid, soldiers, sappers, traps. From the Mayor of Lacco Ameno: huge damages. Many victims. Since I am aware of the homeless population, it is in your generosity to have Monte Misericordia authorize the opening of its dormitories and the sending of soldiers and carabinieri. Telegraph works all night. A warship with supplies and supplies left for the island of Ischia. The steamers Napoli and Mafalda of the Gulf navigation company left for Ischia and Casamicciola, carrying relief supplies, enlisted men, thirty carabinieri, fifty city guards, two civil engineers, two State Police officers and Major Petella of the RR. carabinieri. The honorable Strigali also embarked on board the Napoli.

This morning from 6:00 to 11:00 am. a huge flood, rushing vertiginously from the mountain above, tearing up huge boulders and rolling up to the center of the town, destroyed the Rita district populated by houses and families, making nine victims, four of whom were found in the sea and five not yet traced. Six bathing establishments were also destroyed, as well as the shops and adjacent houses. The flood also destroyed the San Severino district and the Umberto I district populated by houses. Overall, more than half of the town of Casamicciola is enormously damaged and largely destroyed. His Excellency Leonardi-Cattolica, Minister of the Navy, sent HE Luzzati the following telegram from Casamicciola: “This morning I visited the Municipalities of Barano and Lacco Ameno. In the first, roads, bridges and rural properties were damaged, especially the wine warehouses which were invaded by the water, which destroyed the products of the recent harvest. The fractions remained without any communication. The cemetery is almost destroyed. In the Municipality of Lacco Ameno three victims are deplored. The provincial road was destroyed for about a kilometre; likewise two municipal streets, for a considerable length. Various localities were filled with soil and the Pisciarello aqueduct was built. The countryside also reported damage. Four barracks were looted, four buildings damaged, three wine warehouses destroyed and three damaged. At 13:00 His Majesty the King arrived in Casamicciola, who visited all the most devastated places of Casamicciola and Ischia amidst the acclamations of the population; so he left for Naples. Today the economic kitchen worked in Casamicciola. The chief engineer Simonetti has arrived and is inspecting the most damaged points of the island, to give concrete form to the works and works that are urgently needed. During the day, the infantry and sailors landed from Sardinia and from San Giorgio, the firefighters of Naples and a military engineering department, distributed in various locations, worked hard to clear and open water drains, as well as to the rescue of the wine deposits of private estates. The civil engineers will immediately try to repair at least part of the drinking water pipeline, but it is nonetheless essential to send a tanker, which Mr Sacchi has requested by urgent telegram from the Ministry of the Navy, having already been sent to Casamicciola a tanker available, of the Naples compartment. He also urges to free the provincial road from landslides, to re-establish communication by land with Salerno, to which the soldiers will be assigned. Likewise, the honorable minister has ordered that efforts be made to facilitate communications within the town, which is hampered by landslides and the course of the stream. The honorable Sacchi telegraphed the necessary timber from the state railways in Naples. An essential problem to implement definitive measures and to examine the possibility of clearing the huge alluvial material for the reconstruction of the town. There are very serious difficulties for the transfer of the inhabited area itself; due to the lack of suitable land, the country being between steep mountains overlooking the sea. It will also be advisable for him to immediately examine the possibility of works for the firming and reforestation of the aquifers above the town, to whose ruin the clearing and cultivation of land that should have been subject to forestry contributed. His Excellency the Minister of the Navy Leonardi-Cattolica Luzzatti affirms that he has made a first summary visit to the devastated places. A great flood coming from Mount Epomeo devastated the central part of the town, dragging huge tuffaceous boulders there which acted as catapults demolishing all the bathing establishments and some houses, also seriously damaging the Umberto I and San Severino districts and destroying the small Contrada Rita where the sludge plant is located. The victims ascertained so far are twelve in Casamicciola and three in Lacco Ameno.

The royal ship Sardegna arrived in Casamicciola, which had already been preceded by the Pallas, and 2,000 food rations also arrived, which are distributed by a committee made up of: the mayor, the commander of the carabinieri station, the doctor and a vessel officer. . Once the visit has been completed, it will be established which demolitions are urgently needed inside the town and which other urgent works are indispensable. At the same time, the work to clear the interior of the town will begin. The prefect of Naples returned to Naples yesterday evening from Casamicciola, where the minister Leonardi-Cattolica stayed overnight. He left with the torpedo boat 134-S for Ischia and Casamicciola. The prefect left at 10:30 with a steamer of the navigation of the Gulf for Ischia and Casamicciola. At 11:00, the King landed in Casamicciola accompanied by his entourage and the authorities, and visited all the damaged places. The population made a very lively demonstration of gratitude to the sovereign. His majesty then continued on to Ischia, reporting the impression that in addition to emergency aid, which is largely provided by the government, legislative measures are needed. The King was satisfied with the organization of the services and the relief work provided right from the start. At 18:00, His Majesty, after visiting Ischia and Casamicciola, returned to Naples disembarking at the Arsenale, going there to the Royal Palace where you stayed overnight. This morning at 6:10 His Majesty the King with the Duke of Aosta, accompanied by his retinue, descended directly from the Royal Palace of Naples to the Arsenale and embarked on the high seas torpedo boat Orfeo, to go to visit Cetara and the other damaged towns from the flood.

Yesterday, in Casamicciola, HE Minister Leonardi-Cattolica gathered, at 14:00, the mayors and presidents of the charitable congregations of the island’s Municipalities. He made definitive agreements and gave provisions regarding the continuation of the more urgent works, the distribution of subsidies, indicating the sums available. As regards the works which are already well underway thanks to the work of the troops and sailors, the honorable minister has ordered that they be continued for the evacuation of the inhabitants, the restoration of internal communications and municipal roads, the excavation of the thermal springs and of the underground aqueducts. The huge boulders that still threaten the villages and which could fall in case of rain will also be demolished. All these works will be carried out under the direction of the commander of the ship Sardegna and the chief civil engineer. Deputy Strigari, present at the meeting, interpreting the sentiments of all the defendants, finally pronounced words of heartfelt complacency towards the Government for the valid help and assistance provided on this occasion. Inspector General Recascio remains on site to preside over the distribution of subsidies.

Casamicciola, 26 October 1910 – The Minister of the Navy, Honorable Admiral Leonardi-Cattolica has telegraphed to the Prime Minister summarizing the impressions of his visits to Casamicciola, Forio d’Ischia and Porto di Ischia. Generally the countryside is quite damaged and the bottoms are seriously affected and are found along the path of the lava, water and mud, coming from the mountain and dragging tuff boulders. The municipal or provincial roads are interrupted in several points so that it is urgent to put the entire road network back into operation, albeit with temporary works. Of the inhabited areas, the most seriously damaged is that of Casamicciola, where blocks of hundreds of cubic meters of volume and lava and mud devastated and destroyed an entire district and the seat of the bathing establishments and thermal waters. 12 victims are deplored. In Forio d’Ischia and Porto d’Ischia some parts of the town are also devastated and cluttered, but with less disastrous consequences than Casamicciola. In Casamicciola and Ischia the drinking water pipes in masonry canals are completely buried and no longer work and the internal canalizations in metal pipes are destroyed. Today the honorable minister Leonardi-Cattolica will go to visit Barano, Lacco Ameno, and Serrara Fontana, from whence we receive news that the damages reached the same proportions. The Royal Sardinia ship and the first detachment of sappers of the engineer arrived in Casamicciola. The minister has given instructions for the deployment of the forces and means available so as to correspond to the most urgent needs of the various Municipalities. So today the evictions and the most urgent works are starting. The mountainous part of Casamicciola will be inspected and provided for, where it seems there are boulders collected, which could fall in the valley at the first rains. Repairs will be made to the aqueducts and road works. Today the minister will see to it that private individuals are largely assisted in the recovery of the wine lying in the flooded cellars and which constitutes one of the island’s major resources. The Royal ship San Giorgio has arrived and anchored in Ischia.

David Martin is the lead editor for Spark Chronicles. David has been working as a freelance journalist.
Previous Qatar 2022, where will Ronaldo and Messi arrive? The supercomputer has no doubts
Next Treason: released the first trailer of the new Netflix spy story with Charlie Cox and Olga Kurylenko