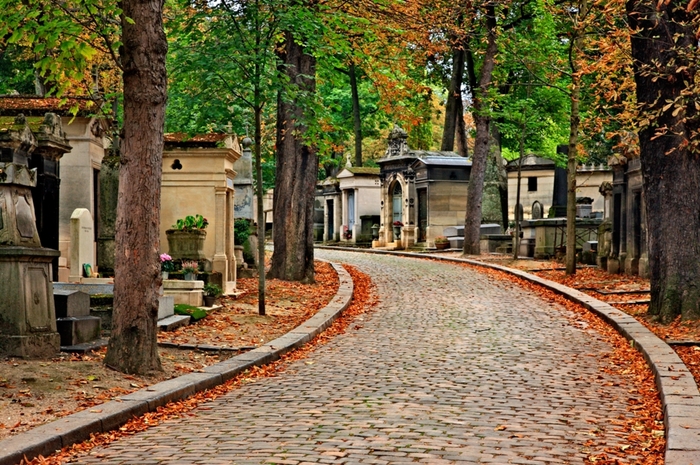 The 10 most famous cemeteries in the world, from Paris to Sydney – Specials

Monumental, historical, artistic and intimate: burial places are often attractions that we look for when we visit a city and that we find in parks, in historic buildings or next to museums or churches. On the occasion of November 2, the day in which the dead are commemorated, the agency specialized in guided tours Civitatis (civitatis.com) takes us around the world among the most famous cemeteries that are worth a visit.

Père-Lachaise is the cemetery of the 20th arrondissement of Paris, one of the most famous in the world and one of the major attractions of the French capital. Inaugurated in 1804, today it covers over 44 hectares and is the resting place of many illustrious personalities: Édith Piaf, Jim Morrison, Oscar Wilde, Frédéric Chopin, Auguste Comte, Honoré de Balzac.

Among the places to visit in Buenos Aires is the Cementerio de la Recoleta, a burial place that combines beauty, culture and Argentine history. The gardens and parks surrounding the cemetery are popular with locals and many of the graves are beautiful works of art with marble sculptures and many architectural details. The most visited tombs are those of Eva Perón, Victoria Ocampo, the first woman admitted to the Argentine Academy of Letters, and the Nobel laureates Carlos Lamas and Luis Federico Leloir.

Merry cemetery in the small village of Sapanta in Romania is colorful, cheerful and a destination for pilgrims. The tombs contain an image that tells the life of the buried person and an epitaph, often humorous. A guided tour is recommended to understand the meaning of the sentences.

North London Highgate Cemetery offers an unprecedented tour: a road through a giant old cemetery with rows and rows of graves covered in greenery and slime, with black cats hiding among the gravestones and the occasional sound of crows in the background. This is the atmosphere in the scenic Highgate Cemetery, which dates back to 1839. It is also known as one of the most haunted cemeteries in the world with legendary ghosts. Among the most illustrious people who rest there are Karl Marx and Douglas Adams, the author of “The Hitchhiker’s Guide to the Galaxy”.

In the midst of Tokyo’s intensity of lights and modernity, Aoyama Cemetery is a peaceful place full of traditions and history. It is the first public cemetery in the country, visited by thousands of people, especially during the cherry blossom season (from March to early May), when the place becomes even more enchanting. One of the most visited tombs is that of Hachikō, the dog who became famous for having continued to go, nine years after the death of his master, to the meeting place of the two.

Among the great attractions of Prague, the Jewish cemetery in the Josefov district contains some tombs from the 15th century, making it one of the oldest in the world. The exact number of people buried is not known, but 12,000 graves are currently visible. In addition to its historical importance, as a landmark of the Czech Jewish community, it is a place full of magic, especially in autumn and winter with leafless trees and moss-covered tombstones.

New York’s Green-Wood Cemetery, located in Brooklyn, is home to original graves, a movie-worthy porch, expansive green spaces, and a different view of Manhattan. Burial sites to visit include the Hezekiah Pierrepont chapel and memorial and the pyramid-shaped mausoleum of Van Ness Parsons.

An unmissable stop on a trip to the Scottish Highlands, one of the most beautiful regions in Europe, is the cathedral of St. Andrews, a small town north of Edinburgh. Today of the site, built in 1158, remain the splendid remains of the church and the adjacent cemetery, surrounded by hundreds of centuries-old tombs.

The Cementerio general in Santiago, Chile, is one of the largest in Latin America: next to the huge Cerro San Cristobal park it houses a sumptuous entrance, beautiful statues and grandiose monumental tombs. In the burial site, inaugurated in 1821, there is a memorial for those who disappeared and were executed by the dictatorship of Augusto Pinochet.

White marble angels surrounded by a sea of ​​deep blue: it is the Waverley Cemetery, perched on the cliffs of Sydney, on the south-east coast of Australia, since 1877. In addition to the impressive statues that honor the buried people, the cemetery offers various points scenic and a long road surrounded by temples, ending at the ocean.

David Martin is the lead editor for Spark Chronicles. David has been working as a freelance journalist.
Previous Ukraine, Kiev services: “There are at least 3 official Putin impersonators”
Next Radioactive substances in these spaghetti: that’s what