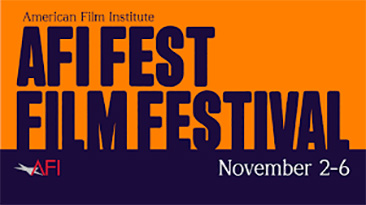 Los Angeles, November 2, 2022 – The AFI Festival from 2 to 6 November inaugurates its opening with a clear message: return to experience the AFI Festival as it always has been, the place for cinema lovers.

A courageous festival in which important films were presented, later winners of Academy Awards.

“This is the year to prove we are together again ”. So said Bob Gazzale, President of the AFI and CEO.

The AFI Festival at the 36th edition, has proved to be a first class event for the films presented and seen around the world.

This year many films will allow cinema fans to meet actors and directors in Q&A (Questions and Answers).

Fiction is scheduled and not films and shorts.

AFI Festival is sponsored by AT&T, as Premium Sponsor it will offer the opportunity to offer $ 1M to filmmakers who in the Untold stories program will present scripts ready to be shot.

The winner will also have production support from HBO Max, a guaranteed premiere at a major festival.

The Apple Original Film ‘Selena Gomez: my mind and me’ kicked off the Festival in world Premiere. The film directed by Spielberg “The Fabelmans” will close the Festival.

Other premieres and red carpets will feature ‘Bardo, False Chronicle Of A Handful Of Truths’, directed by Academy Award winner Alejandro Gonzales Inarritu. Guillermo Del Toro, another Academy Award winner, presents his film ‘Pinocchio’. The film ‘LIVING’ is directed by Oliver Hermanus. The film ‘she She Said’ directed by Maria Schrader. “The Son” directed by Florian Zeller will follow after the screening a conversation with the director and the actors, Laura Dern, Vanessa Kirby, Ben Smithard and Iain Canning.

Three independent films will also be presented, shot by directors to intensify the female voice in the cinematic world ‘Hellion’ directed by Kat Candler, ‘Mosquita y Mari’ directed by Aurora Guerrero and ‘Yelling To The Sky (2011)’ directed by Victoria Mahoney.

Special screenings will be presented in the rich program of the festival: Women Talking directed by Sarah Polley; Nanny directed by Nicky Atu Jusu; Le Pupille directed by Alice Rohrwacher; Is That Black Enough for You?!? directed by Elvis Mitchell; “Sr” directed by Chris Smith; ‘Bones and All’ by Guadagnino.

These screenings will be followed by Q&A (Questions and Answers) directors.

David Martin is the lead editor for Spark Chronicles. David has been working as a freelance journalist.
Previous If the center-left (next Saturday) wages war on peace demonstrations
Next Sharon Stone reveals: “I have a large fibroid tumor, I discovered it after a misdiagnosis”