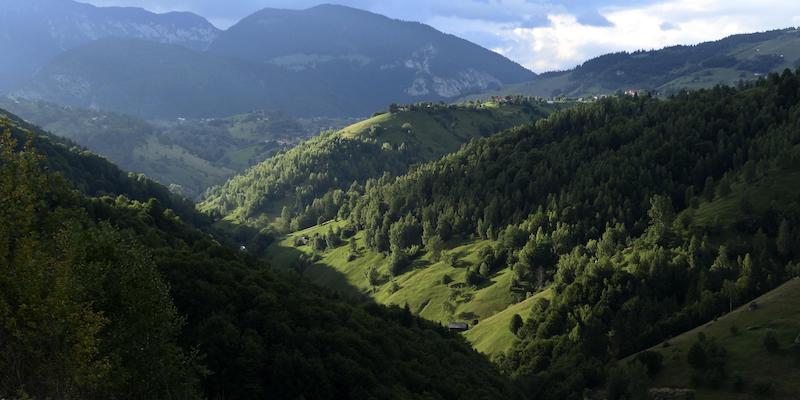 The accusations against Ikea about deforestation in Romania

The most used material in the production of Ikea furniture is wood, and in 2020 4% of this raw material came from Romania, one of the richest European countries in primary forests (ie “natural”, never subjected to human intervention) , which, however, has long had a major problem of illegal deforestation. According to an investigation by the Romanian environmental organization Agent Green, Ikea also committed irregularities in the management of Romanian forests, and would have benefited from the illegal timber market.

According to environmental groups and journalistic investigations, the fact that so far no authority or control body has confirmed the allegations against Ikea would depend on the difficulty of proving those allegations: that is, proving that certain lots of timber were obtained from illegally cut trees, given that when the wood is taken away from the forest from which it comes, it is impossible to reconstruct its origin. A further difficulty would arise from some particular Romanian laws, which allow companies in the sector to move in large gray areas.

Like other Eastern European countries, Romania has a large amount of primary forests, because in the years of the communist regime the forests were nationalized and mostly left intact. With the end of communism (1989), and even more so with Romania’s entry into the European Union (2007), which led to greater trade links with the European economy, things changed: many forests were sold to private individuals and they became an important resource to be exploited, abundant and cheap: in particular for the furniture industry, since beech and fir trees, which are very common in Romania, are particularly used.

Alongside the economic growth, however, various criminal activities have also developed, which have begun to talk about the “wood mafia”. Illegal logging is widespread: according to an analysis carried out by Greenpeace Romania in 2018 using official data from the Romanian government, between 2013 and 2018 38.6 million cubic meters of wood were taken from the country’s forests, more than double. of the amount authorized by the state (18.5 million). Abuses occur in various ways: the most common is cutting down more trees than allowed, a practice that can compromise the regrowth of forests.

Illegal timber trafficking is often associated with corruption and, in some cases, violence: since 2014 six members of the (chronically understaffed) Romanian Forest Guard were killed or found dead under suspicious circumstances while doing their jobs. In 2019, the murder of one of them, Liviu Pop, provoked major protests.

The attacks suffered by some environmentalists who over the years have tried to document the abuses of the wood industry are also well documented.

Gabriel Paun, founder of Agent Green, told ad Al Jazeera that there have been more than 650 attacks in recent years. One of the most recent occurred in 2021 against three people who were working to shoot a documentary on the subject: the two filmmakers Mihai Dragolea and Radu Mocanu and the activist Tiberiu Bosutar, who was showing them an irregularly destroyed stretch of forest. After calling the Forest Guard, the three were joined by a group of 11 men armed with axes and clubs, according to corrupt foresters Bosutar. The attackers damaged their car, beat them and stripped Bosutar, and then post pictures of him online in order to humiliate him.

Only four men were indicted for the assault; Bosutar moved to Bucharest, fearing for his life. Paun, on the other hand, has been living abroad since he was beaten up in 2016 by a group of woodcutters. Doina Pana, former Minister of Water and Forests, claims she was poisoned with mercury in 2017 after trying to tackle illegal logging.

Ikea has never been involved in the violence cases, but is accused of using illegally obtained wood and being part of the largest system of forest overexploitation.

The most relevant accusation concerns forests located in the Ukrainian Carpathians, not far from the border with Romania: according to an investigation by the British environmental organization Earthsight, between 2018 and 2020 timber obtained illegally by the VGSM company would have been sold both to Ikea directly and to Plimob, a Romanian company which has been contracted for the production of chairs for Ikea for many years.

Ikea defended itself saying that both an internal investigation and one conducted by third party inspectors found no evidence that abusive timber was used in its supply chain. However, he admitted that Ukrainian laws on felling sick or storm-damaged trees allow for different interpretations: in short, there would be a gray area.

Subsequently, in response to another accusation by Earthsight concerning supplies from Siberia (recognized as irregular by the Russian authorities themselves), Ikea said it had “participated in dialogues with the Ukrainian government and environmental organizations regarding the improper use of the culls. of sick trees “.

Other Romanian suppliers of Ikea, Egger and Kronospan, have also been accused of importing and using illegally obtained timber.

Like Plimob and VGSM, these companies have FSC certification from the Forest Stewardship Council, a well-known international non-governmental organization that is supposed to ensure that a product made using wood comes from ‘responsibly’ managed forests. The Forest Stewardship Council has existed since 1993 and has Ikea among its founders, which states that today more than 98 percent of the wood it uses is FSC certified.

FSC, however, has always been criticized by environmentalists for providing certifications and confirmations based on scheduled inspections done by third-party companies that are paid for by the lumber companies. In essence, it would not be a truly reliable body for verifying the methods of the timber industry, particularly in countries where forest management laws are more lax or leave room for interpretation.

The other big accusation against Ikea concerns the forests that the Swedish company itself owns in Romania. In fact, starting from 2015 it bought nearly 50,000 hectares (500 square kilometers) of woods and is today the largest private owner of forest land in the country. Ikea does not use its Romanian forests to produce wood for itself, but allows its partial exploitation to companies that sell firewood, which is still widely used in Romania to heat houses.

Agent Green has visited the Romanian forests of Ikea several times and believes that various violations of the law have been committed, making excessive cuts. Ikea would authorize the felling of trees over 120 years old because they would have less commercial value, not taking into account the value that older trees of some species have for the entire forest ecosystem. According to FSC, however, no irregularities were committed.

Max Zander, journalist from Deutsche Welle, summed up the criticisms and accusations against the Swedish company as follows: “Ikea cannot be attributed to the general state of the industry and the political and judicial context, but corruption, violence and theft define a large part, if not the most of the timber sector in Romania. Ikea needs to know what kind of environment it is dealing with, it entered it by deciding to invest in this market ».

Ikea has responded to the most recent allegations by denying it is purchasing illegally obtained timber. “We have developed a system of due diligence comprehensive, with many levels of control, ”a company spokesperson told a Business Insider: “Includes strict documentation requirements on the provenance of the timber from our direct suppliers, an international team of forestry experts who carry out more than 200 inspections per year and external auditors who check what happens in our supply chain, with particular attention to countries at high risk of abuse “.

And on Romania in particular: «It is a country that continues to face some challenges regarding forestry practices and we are committed to using our presence to improve the situation».

He likes dogs, pizza and popcorn. Already a fanboy of Nintendo and Sony, but today throws anything. He has collaborated on sites and magazines such as GameBlast, Nintendo World, Hero and Portal Pop, but today is dedicated exclusively to Spark Chronicles.
Previous Six Nations 2022, Lamaro before Italy-Scotland: “Let’s start from defense and put them in difficulty”
Next Stellantis ends all relations with Russia