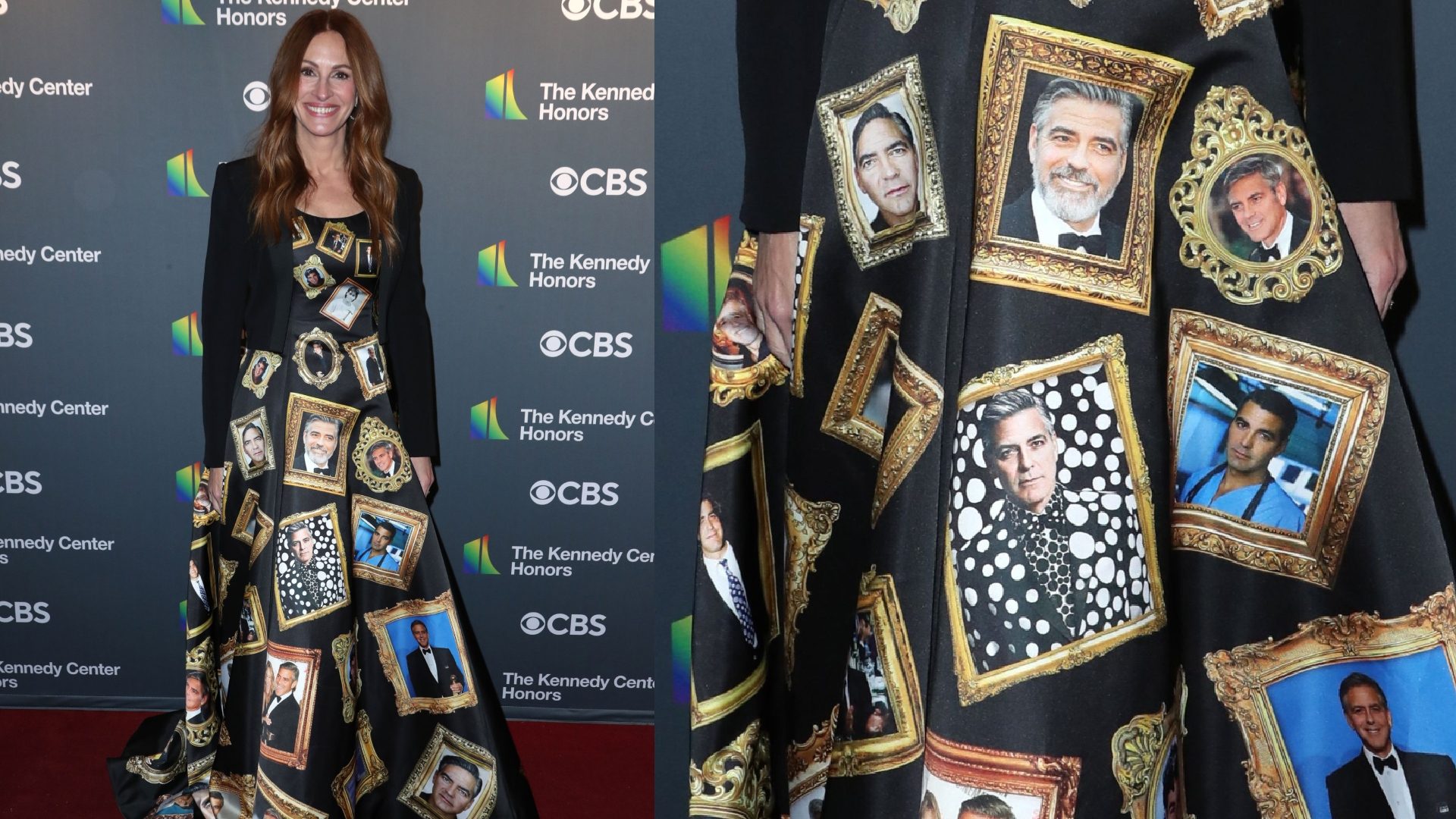 the actress with the dress covered in photos of the actor

Julia Roberts attended the Kennedy Center Honors and found a very original way to pay homage to George Clooney, the star who triumphed during the evening. Thanks to the deep friendship that binds them, she had her cult photos printed on her dress.

The awards ceremony was held last night Kennedy Center Honorsbetter known in Italy as Awards Kennedy, the awards given annually to all those who have distinguished themselves for their contribution to American art and culture. The event was held at the White House, where President Joe Biden himself received the winners, from George Clooney to singers Amy Grant and Gladys Knight, up to U2 and composer Tania León. Among the guests was also Julia Roberts, who found a far from traditional way to pay homage to the deep friendship with the Hollywood star who triumphed during the evening.

George Clooney is among the actors awarded at the Kennedy Center Honors, he has been recognized as a fundamental character in US culture both for his film career and for his social commitment (he recently fought against the use of weapons in the country). He attended the event paired with his wife Amal (complete with coordinated Valentino looks), but it wasn’t his style choice that attracted the attention of the media. Her friend Julia Roberts catalysed the spotlight on herself with a dress that could not go unnoticed, with which she paid tribute not only to the recent collaboration with the star in Ticket to Paradise but also to the fraternal and ten-year relationship that unites them .

For the 45th edition of the Kennedy Center Honors, Julia Roberts relied on Moschino, a Maison that has always stood out for its originality and irreverence and which once again did not disappoint the fans’ expectations on this occasion. In fact, the diva wore a long custom-made silk taffeta dress, a princely model with a wide skirt and low-cut bodice, whose peculiarity lies in the fact that it is decorated with cult prints by George Clooney, from the photos in which he was very young to that in the medical version in Er – Doctors on the front line, up to the “polka dot” cover of W Magazine. Black crop blazer, loose and wavy hair and a smile printed on her lips: Julia has managed to go around the web with her very original tribute to the actor, friend and colleague of hers.

The beauty of being yourself and accepting the passing years, just like Julia Roberts

The custom made suit by Moschino

David Martin is the lead editor for Spark Chronicles. David has been working as a freelance journalist.
Previous Anne Hathaway and the beginning of her career: “I was so stressed that I missed fantastic moments”
Next Between Tempesta and Catwoman the success of an Oscar: happy birthday to Halle Berry