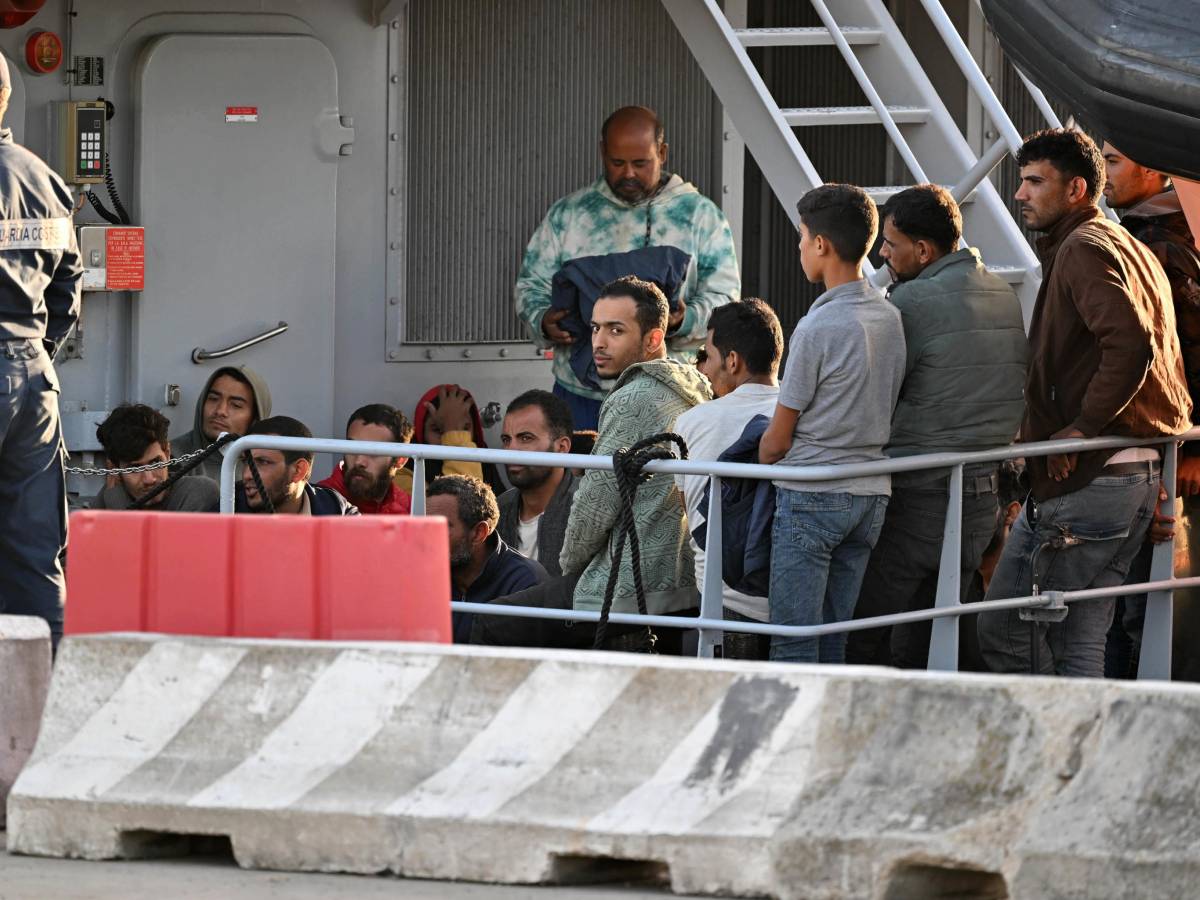 The air has changed in the government, but the NGOs attempt a blitz: “Disembark 800 migrants”

It seems to have started on arm wrestling between Italy and the Humanity 1 ship of the NGO Sos Humanity. The ship, flying the German flag, was positioned in front of the Italian coasts near Catania, less than 10 miles from the border of the territorial waters. He decided to press on the borders despite the fact that the Ministry of the Interior has widely communicated his position against entry into Italy. There are 800 migrants aboard NGO ships, to which Italy will not open ports until there is communication with the flag states, which raise their voice against Italy for an assignment. In the meantime, however, landings in the country continue, especially in Puglia and Calabria, where over 160 people have arrived in the last 24 hours. Italy has exceeded 80 thousand arrivals since the beginning of the year.

Shortly after his inauguration at the Viminale, the minister Matteo Piantedosi has drawn what will be the line of this government. Stop indiscriminate arrival and open ports without clear indications before disembarking. The holder of the department wants to keep NGOs away from ports also as a deterrent to departures from North Africa, in order to deprive smugglers of support for search and rescue ships. But the first references to Italy arrive from Europe: “Rescues at sea take place as quickly as possible“A commitment that Italy has never shirked at the moment, as demonstrated by the interventions constantly carried out in Sar area.

However, the time of the NGOs is over open ports. And from Europe there is also a warning for the flag countries of the ships, which have “the primary responsibility for ensuring compliance with international and EU standards“. And it is to them that Minister Piantedosi has addressed to remind them of their obligations. At the moment, two ships flying the Norwegian flag and one German are operating in the Mediterranean. Two of these, Humaniy 1 and Ocean Viking, have requested a pos (safe harbor) to Italy and Malta, which have not yet followed up. From Europe it has been pointed out that the “The European Commission is not involved in or responsible for coordinating these operations at sea“Which means that the countries involved must find an agreement without involving the European institutions when it comes to NGOs.

Relocation of migrants: only 0.1% of the landed in Italy

The relocation, as planned now, is bankruptcy. The numbers say it: on beyond 82 thousand migrants who have arrived in our country since January, only 112 have asked for voluntary relocation. 38 foreigners went to France and 74 to Germany. 112 out of 82 are laughable numbers that well underline the failure of this policy. Also for this reason, Minister Matteo Piantedosi has decided to impose the new line, necessary both as a warning to other European states and as a brake on immigration: the ok to disembark from the NGOs will take place after the Flag countries some ships will have put on the table their willingness to take their share of migrants.

For now, there has been no response from Germany and Norway to the note verbale sent by Farnesina to the embassies of the two countries. Therefore, Italy will not allow ships flying the flag of a foreign country and carrying irregular and undocumented people to enter its waters. This does not mean that Italy is not doing its part: during the night the coast guard evacuated a minor with severe abdominal pain from the Humanity 1 ship.

Autonomous landings in the south: coasts under siege

In the late afternoon yesterday, a damaged motor sailer with over one hundred migrants on board was rescued by means of the harbor master’s office ten miles off the coast of Leuca and taken to the port. Law enforcement is now looking for two smugglers, who immediately after disembarking fled and lost their tracks. The team that makes up the anti-immigration pool discovered that the foreigners, 107 in all, aboard the French-flagged sailing ship called Sea Sheperd were led by two men of unknown nationality, who were seen walking away on board a second watercraft.

But the landings on the Calabrian coasts do not stop either. Crotone is now collapsing after the last 60 arrivals, disembarked from a sailing ship that left Turkey. The migrants were transferred to the reception center of Isola Capo Rizzuto whose capacity is now at the limit, considering that inside there are 1500 migrants out of 641 places available. In the past few hours it was necessary to resort to the intervention of the Civil Protection, which provided camp tents and beds to make up for the overbooking.

Videogames entered his life in the late '80s, at the time of the first meeting with Super Mario Bros, and even today they make it a permanent part, after almost 30 years. Pros and defects: he manages to finish Super Mario Bros in less than 5 minutes but he has never finished Final Fight with a credit ... he's still trying.
Previous schedule, program, direct and deferred clear qualifications – OA Sport
Next photos of all manicures and nail art