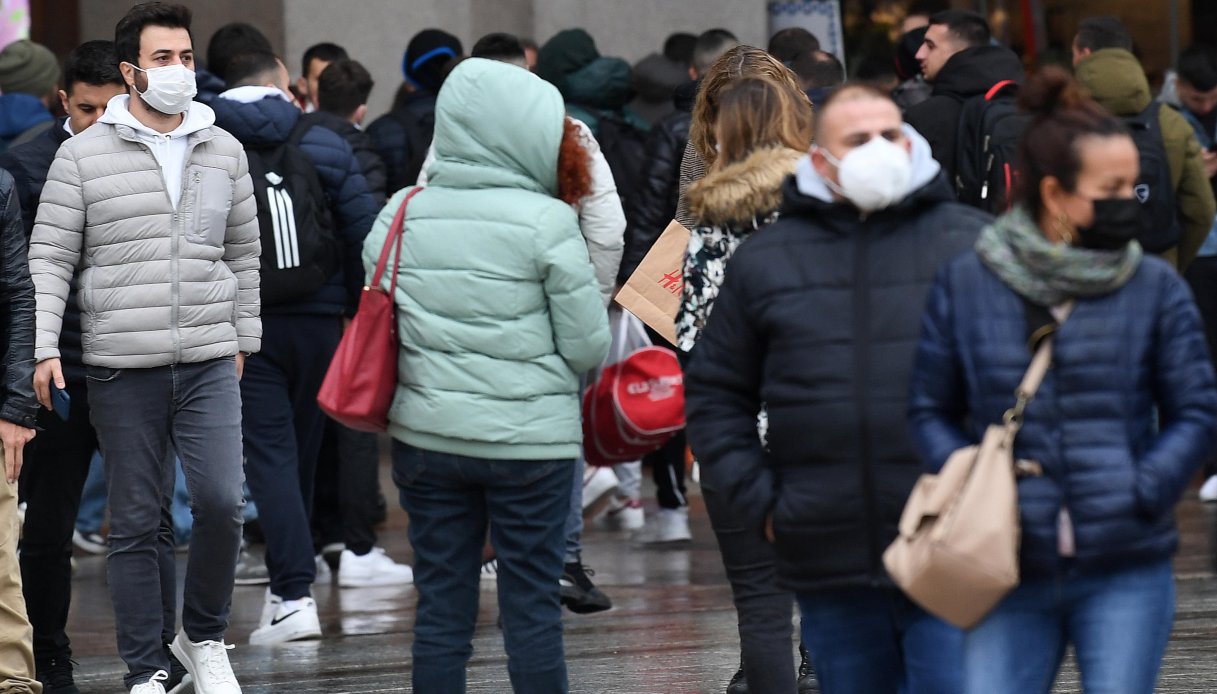 the alleged assumptions of the Ministry of Health


Most virologists keep repeating: the nightmare of the pandemic is not over yet. Although the epidemiological situation stabilized during the second part of the summer, the arrival of the cold season it could favor a new increase in cases of contagion.

Thus, in view of the coming months, the Ministry of Health will continue to evaluate the possible measures to be implemented in order to combat Covid. The hypotheses currently at the table would be contained in the alleged draft of a new circularwhich at the moment has not, however, found the official confirmation of the dicastery.

The premise of the alleged draft

To report the details of the document is the agency ‘Adnkronos’, according to which if the epidemic were to worsen with the increase in infections, and especially hospitalizations, some of the measures established during the pandemic to contain the infections would come back into force, including the use of masks.

From what we read in the premise of the alleged draft, the summer wave of the virus caused by Omicron BA.4 And BA.5 it contributed “to making the evolution of the epidemic and the repercussions on the health system in terms of demand for assistance uncertain”.

The situation would consequently remain linked to the appearance of new variants able to increase the transmissibility or clinical severity of cases, to the development of the vaccination campaign with the fourth dose and compliance with the sanitation measures.

The obligation of masks on buses falls, Pregliasco: “He could come back, that’s why”

Fabrizio Pregliasco agrees with the stop to the obligation of masks on public transport, but calls for caution. Here because

According to news agency rumors, the use of masks in indoor public spaces it could be the first option to limit the transmission of Covid in the event of “evident epidemiological worsening with a serious clinical impact and / or on health care and / or on the functioning of essential services”.

Similarly, the temporary adoption of additional measures already recently implemented, such as “work from home or the event size limitation which involve gatherings “.

In a passage of the document it is emphasized that “it is particularly it is important to avoid congestion in health facilities limiting the incidence of serious disease, protecting especially the most vulnerable people and influencing modifiable factors for which health systems and society must continue to adapt their response to the epidemic of Sars-Cov-2 ″.

New bivalent anti Covid vaccines, the ministry’s circular: fourth and fifth dose, when to do the booster

The two new bivalent vaccines make no difference: one is as good as the other, the ministry stressed

The problem of other viral forms

In the alleged draft of the circular of the Ministry of Health, reference is also made to the diffusion of the classics viral forms characteristic of the cold seasonwhich would further complicate the situation.

This is why it is highlighted that it is “likely increased pressure on laboratories both for diagnostics but also more generally on virological surveillance networks due to a greater seasonal circulation of respiratory viruses ”.

It will therefore remain fundamental for the management of the epidemic “Identification through tests, isolation of cases and the targeted search for contacts”.

The clarification of the Ministry of Health

Following the spread of the news on the draft, sources of the Ministry of Health have specified that no circular is in the process of being published.

“The monitoring of the epidemiological picture continues – it was instead highlighted – e the fourth dose continues to be recommended for the frail and over 60 ″.

Videogames entered his life in the late '80s, at the time of the first meeting with Super Mario Bros, and even today they make it a permanent part, after almost 30 years. Pros and defects: he manages to finish Super Mario Bros in less than 5 minutes but he has never finished Final Fight with a credit ... he's still trying.
Previous 1.5 billion hours of viewing!
Next The penalty bug that makes it impossible to displace the goalkeeper in FIFA 23