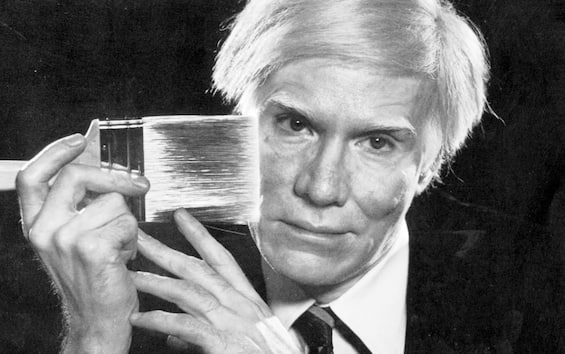 The Andy Warhol Diaries, the trailer of the docuseries on the genius of pop art

Deepening the personal story of Andy Warhol, therefore of the man before the artist, is an interesting exercise not only for art lovers and the reasons are easy to understand. Warhol’s existence has to do with contemporaneity and the filmic material of is in fact the true reality The Andy Warhol Diariesdocumentary series that is about to land on Netflix, more precisely, from next 9 March. The new trailer, over two minutes of previews, reveals some more details of this product that will be visible from the date of its debut also on Sky Q and through the app on Now Smart Stick.

The hidden side of Andy Warhol


The best TV series to watch in February 2022. PHOTOS

Who has browsed Andy Warhol’s diariesedited by Pat Hackett and published in 1989, he knows that it is a particular reading, made up of thoughts, chats and reports collected by the then secretary of the artist from which it is possible to get an idea of ​​the great genius of pop art. The new television operation signed by Ryan Murphy, involved as executive producer along with many others, aims to accomplish the same feat but with the help of moving images. In fact, if the best seller of the late Eighties is enriched by photographs of the time, they are the archive footage the real backbone of the new serial product. The Andy Warhol Diaries it is not a fictional product but a six-part docuseries that aims to tell the man behind the artist, the private side behind stardom. Between interviews recorded today and clips of vintage footage, Andy Warhol’s hidden side emerges more and more bringing to light the unfriendly yet in need of affection nature of an apparently cold and cynical character. Among the topics covered, the focus on Warhol’s religiosity and his relationship with Jean-Michel Basquiat, with whom there would have been a tender relationship, is interesting.

Warhol, genius of the twentieth century

Jeen-yuhs, teaser trailer of the 2nd part of the Kanye West docuseries

It goes without saying that the project required considerable work, equally divided between the reconstruction of Warhol’s human and professional story and the development of an artificial intelligence able to recreate the voice of the artist, of which the official trailer offers only a small taste. Many contributions: from Julian Schnabel to Debbie Harry, John Waters, Jerry Hall and Fab Five Freddy.Warhol has touched the lives of many but his influence is naturally not limited to those who knew him. For today’s viewer, it will be a very interesting trip to the Big Apple in a mythical era, which owes much of its charm to a true genius whose art helped define the culture of the twentieth century.

David Martin is the lead editor for Spark Chronicles. David has been working as a freelance journalist.
Previous Fans return to Glastonbury after 3 years for shows from Billie Eilish to Paul McCartney
Next Cristiano Ronaldo’s wife posts photo in honor of deceased son