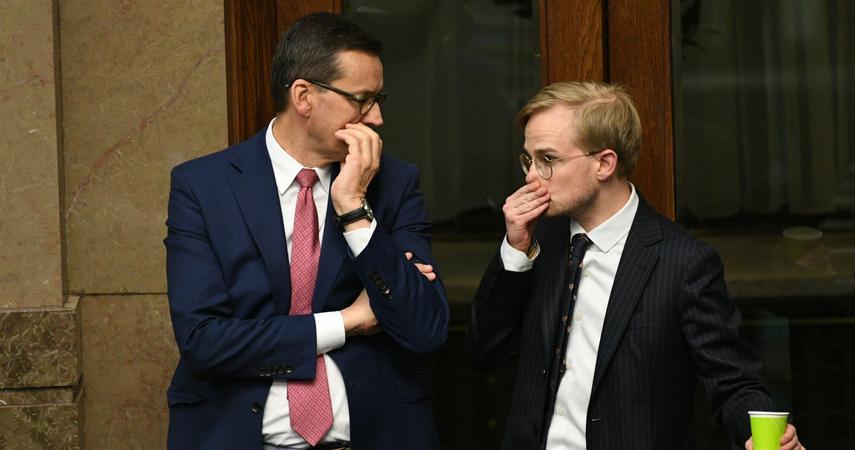 The anti-inflationary shield will not help. “We are reaping the fruit of the neglect of the last few years”

Today’s inflation is unfortunately the fruit of neglect of the last few years – says economist prof. Witold Orłowski. In his opinion, even the anti-inflationary shield prepared by the government will not help. And some of the solutions that are to be included in it, even hurt. – The answer is not to sprinkle people with money so that they do not feel the price increase. This, after all, will drive inflation even more – warns the expert in an interview with Business Insider Polska.

6.8 percent – this is the last inflation reading published by the Central Statistical Office. This means more or less that prices in October were on average almost 7 percent. higher than a year ago at the same time.

However, this is only average. There are goods and services that have increased in price much faster. For example, gas for cars. Here prices are more than 53 percent higher. It is not much better with other fuels. Here, for a year, it became more expensive by over a third.

PiS will respond with another shield

What’s more, there are many who blame the high prices on the government of Mateusz Morawiecki and the activities of the National Bank of Poland. Few, in turn, see the European Union guilty, which the rulers often try to suggest, e.g. in the context of rising energy prices.

– It will be an energy voucher that is to amortize the rising costs of heat, electricity, gas and petrol. We will not link it with the accounts of Poles, Poles will, as part of their own decisions, reflect on what to allocate these funds to. We want to amortize these costs, which are now rising, but we do not want to tie Poles’ hands. It will be an amount depending on the size of the household, paid monthly – said Piotr Patkowski.

Will such a solution help in the fight against inflation? We asked the chief economist of PwC prof. Witold Orłowski. A well-known expert has no doubts that the effect will be counterproductive.

– If it turns out that the fight against inflation is about printing more money, this is a simple recipe for fostering inflation and its further increase – says Business Insider, prof. Orłowski.

However, he quickly adds that this does not mean that the poorest should not be helped to cope with rampant inflation. However, you have to do it wisely.

Anyway, today’s levels of the price increase index are – apart from objective reasons – also the fruit of many years of government policy. – That’s how it ends years of stimulating consumption while ignoring investments. Today we have the effects of this, completely disregarding the legitimacy of individual social programs of the PiS government – explains prof. Orłowski.

The economist explains that in addition to social programs, there are, for example, accelerated increases in the minimum wage and the so-called high deficit policy. – It was the government that de facto brought about today’s situation. And he certainly helped her a lot – says our interlocutor.

– The long-term neglect in the energy policy certainly did not help either. If several clean power plants were to be built instead of almost PLN 2 billion for the unit in Ostrołęka, the increase in energy prices would probably be slightly lower today – concludes Prof. Orłowski.

Anyway, he is not the only one who is skeptical about the concept of the anti-inflationary shield. For example, prof. Jerzy Hausner, former minister of economy and member of the Monetary Policy Council in 2010-2016.

– As I suppose, and I do not know it, we are dealing with a situation of announced compensations. I just want to say clearly – this is racing with your own tail. if […] we will index pensions and benefits, e.g. we will raise the minimum wage for the second time on 1 July I want to make it clear that inflation will continue to rise and we will continue to drive it through such a mechanism – said the economist at RMF FM.

The station also informed that in addition to compensations and energy bills, the government is also planning to limit refining margins by law. All this to minimize the increase in fuel prices at stations.

The variety offered by video games never ceases to amaze him. He loves OutRun's drifting as well as the contemplative walks of Dear Esther. Immersing himself in other worlds is an incomparable feeling for him: he understood it by playing for the first time in Shenmue.
Previous Mexico in Age of Empires 3: Definitive Edition; creators present new DLC
Next AS Roma. Jose Mourinho awarded the young footballer. Felix Afena-Gyan received new shoes