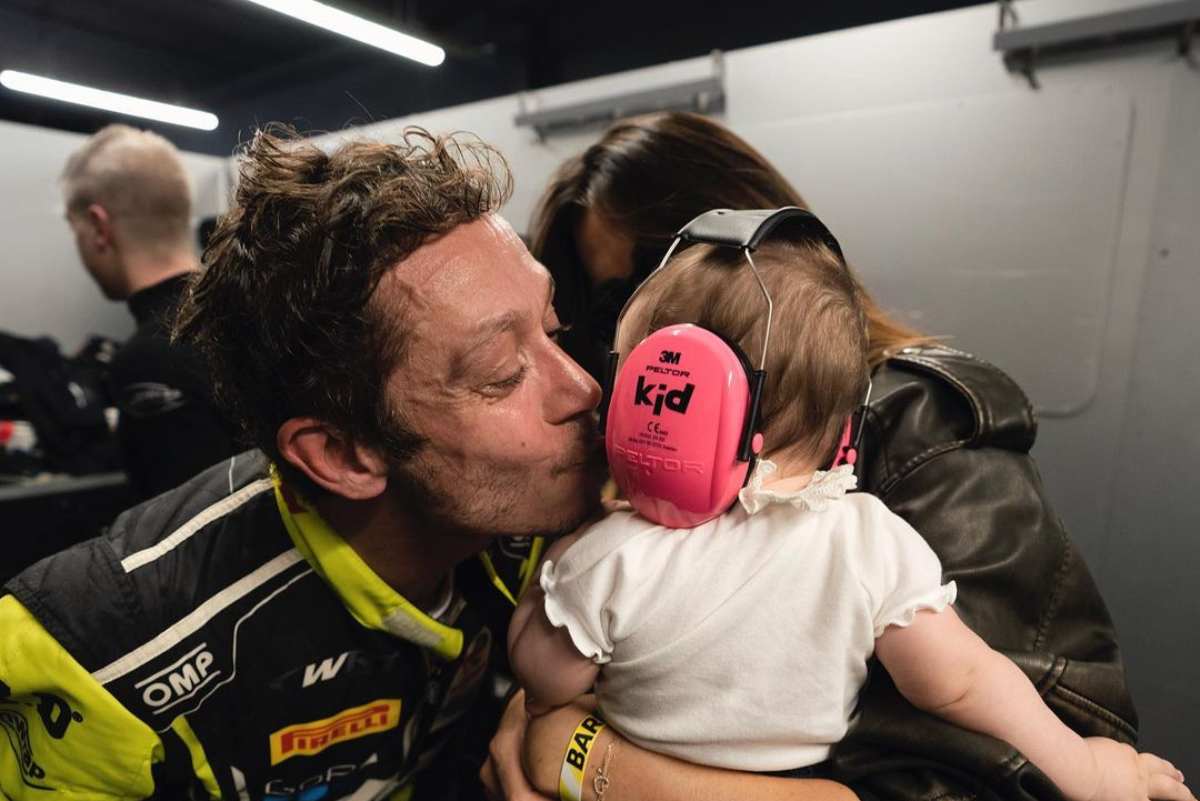 Valentino Rossi’s first real car season ends without a podium. In Catalunya he gets a P6 in tandem with Frederic Vervisch and Nico Muller, puts the first Fanatec GT WCE behind him and is already aiming for an encore. On the Doctor’s agenda there are already several appointments scheduled: from 4 to 6 November he will be at the Ricardo Tormo in Valencia for the last race of the MotoGP World Championship. It could be the right occasion to celebrate the world title of his pupil Pecco Bagnaia. But it will also be a weekend to dedicate to his Mooney VR46 team, with Luca Marini and Marco Bezzecchi in strong growth.

Waiting for the results of the last three races of the championship, Valentino Rossi can be satisfied with his team struggling with the first MotoGP season. His most trusted former technicians Matteo Flamigni, Idalio Gavira, David Munoz, together with his right arm Alessio Salucci, are forming a compact group that has already collected a podium at Assen and a pole position at Buriram. In the next season we will continue with the same driver line-up and very few changes within the Mooney VR46 Racing Team. Luca Marini is expected to make a personal step that will allow him to express himself at the high levels of which he is capable and which he has only shown in flashes in 2022.

Valentino Rossi and the GT3 experience

On the agenda of the Tavullia champion there are also the classic winter appointments with the 100 Km dei Campioni al Ranch, where motorcycling stars from every corner of the world arrived last year. Together with Luca Marini and ‘Uccio’ he will participate in the 12 Hours of the Gulf, after having skipped the last edition for a fiduciary quarantine. In the 2023 season we will see Valentino Rossi still engaged in the GT WCE but no longer at the wheel of the Audi R8 GT3. In fact, the Belgian team Wrt has left the brand of the Rings to join BMW, which offers an M4 GT3 already tested on the Catalunya circuit after the last stage. As reported by the House of Elica Valentino and his colleagues tested two BMW M4 GT3 with 3.0-liter in-line six-cylinder turbo engine and 590 hp of power. The boss of the team Vincente Vosse anticipates: “This car is something completely different from what we have worked with to date“.

David Martin is the lead editor for Spark Chronicles. David has been working as a freelance journalist.
Previous Veneto and Piedmont compete for a large chip factory
Next “The Onion” has some things to say to the Supreme Court