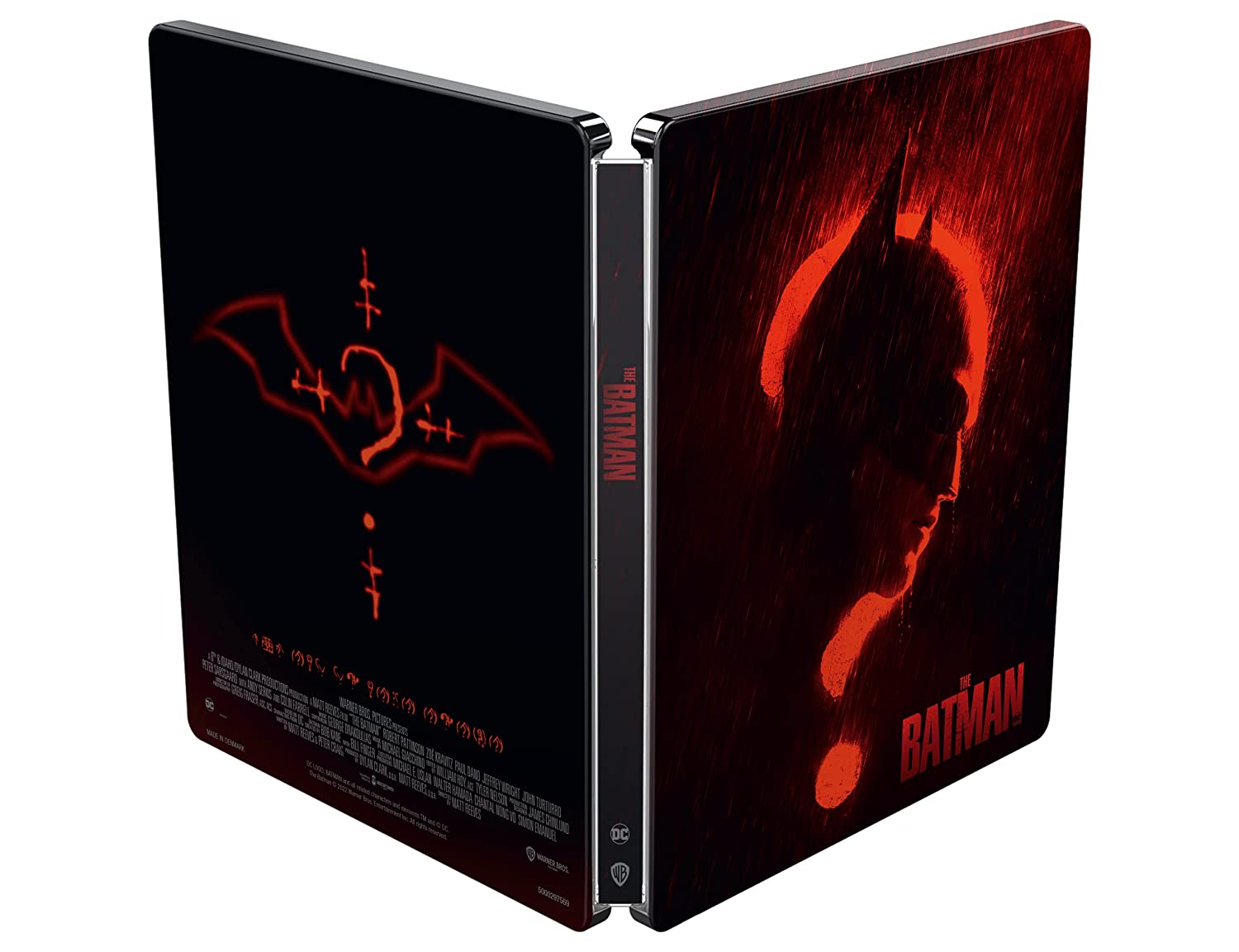 The Batman on home video in splendid collector’s editions

From today there are two big surprises for fans of The Batman and in general of the bat man. The new film by Matt Reeves after the success of audiences and critics in theaters is finally available on home video from May 19 on DVD, Blu-Ray, 4K Ultra HD and 4K Ultra HD Steelbook for Warner Bros. Home Entertainment. Alongside Robert Pattinson, to cover the famous and infamous roles of the cast of Gotham characters, are Zoë Kravitz, Paul Dano, Jeffrey Wright, John Turturro, Peter Sarsgaard, Jayme Lawson, Andy Serkis and Colin Farrell. From the making of with the cast and crew to the deleted scenes, from the commentary by director Matt Reeves to the anatomy of the chase scenes with the Batmobile: the home video versions of The Batmancontain over two hours of unmissable and exclusive special content.

And from May 19, for Warner Bros. Games, the Comic Edition of Batman: Arkham Asylum, the long-awaited exclusive limited edition of the first chapter of the saga developed by Rocksteady Studios and published by Warner Bros. Interactive. Made for Italy in collaboration with Panini and available exclusively from GameStop, the Comic Edition of Batman: Arkham Asylum will feature the Game Of The Year edition of the game for PlayStation4 along with a poster featuring an illustration by cartoonist Carlos D’Anda and the comic book “The Road to Arkham”.

In the comic book, readers will be asked to choose which actions to take to the protagonist in the course of the story originally told in the books “Batman: Arkham Origins” (2014) by Adam Beechen and “Batman Arkham Asylum: Road to Arkham” (2009) by Alan Burnett and Carlos D’Anda, in which we see a novice Batman, still inexperienced and too often impulsive, different from the mature character protagonist of the adventures currently published in Italy.

David Martin is the lead editor for Spark Chronicles. David has been working as a freelance journalist.
Previous Season 2 gets trailer with Cara Delevingne and Amy Schumer; watch · Rolling Stone
Next Fans contest the summons of a Brazilian referee who has already been criticized by Messi for the World Cup