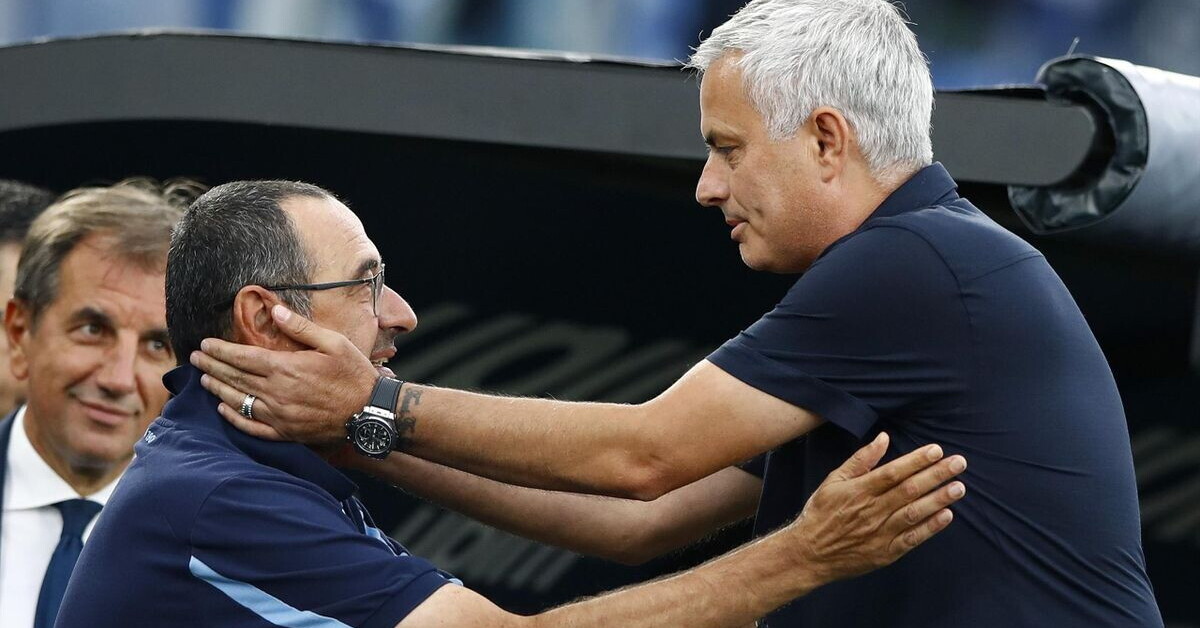 There is always a first time. The first time Spallettion the seventh attempt, defeats Mourinho. The first time the undefeated Atalanta falls under the blows of a beautiful girl Laziothus leaving the Naples top ranking the honor and pride of maintaining a very round and very pleasant zero in the lost games box. The nice kick from Sarri won, the non-football of Mourinho he lost. The two poles of the capital turned upside down in the space of ninety minutes. But that’s not quite the case. In fact, it has been a long time since Lazio slips sumptuous performancesthanks to the balance she managed to find after a year of futile attempts and which makes her defense the strongest in the league. Sarri was forced to give up the “magic” of Luis Alberto to turn a band of soloists into a real team. He did it reluctantly, preferring Vecino to him but-you know-the good of the community must be placed before that of the individual. In Bergamo, Felipe Anderson also invented the role of Ciro Immobile, long-term injured, with a copy / paste of what he had done in Naples when he had transformed Mertens into a little Higuain. He won, dominated the Goddess, with precise, technical, fast triangulations; receiving applause but also the compliments of Gasperini. The “sarrismo” is back, in short. That football you like. And that seemed to have disappeared at the time when he had tried with the unstoppable Juventus. The definition is obviously of him. I remember it for the benefit of the forgetful.

Mourinho’s non-football was reviewed at the Olimpico, made so probably by the implicit admission of his Rome’s inferiority towards the strongest ones, and which induces the Special One to use the tactical strategies typical of the provincials of the past, to try to obtain the maximum result (in the case of Sunday 0-0) with a minimum of showmanship. Ruthless markings, touching the limit of the regulation (but often also exceeding it) e long balls to bypass the midfield in the hope that something would happen which can never happen when there is not a single shot on goal. Ironically, he complimented Napoli for being good at winning a game that he, according to him, would not have deserved. But Spalletti’s Napoli instead deserved confirming the legitimacy of its leadership. He was great at staying focused for 95 minutes. Not to accept to go down on the minefield of provocations. Waiting – like Confucius, on the river bank – for the good ball to arrive: the first, the second, the third and finally the three-point one downloaded on the net by the possessed Osimhen. Surely Mourinho’s lovers will not agree. After all, you know, love is blind. But Rome deserves more. If the attempt to minimize the superiority of those who are stronger has its own logic, the tremendous suffering suffered for example against the outnumbered Lecce, or against Cremonese, are inexplicable. But in those games he won. As well as against Salernitana, Monza, Empoli and Sampdoria. For a total of 18 points in a ranking that sees her fifth with 22.

David Martin is the lead editor for Spark Chronicles. David has been working as a freelance journalist.
Previous Android, beware of these apps: new adware downloaded millions of times
Next “Many condominiums will remain in the cold.” Wild detachments for those who don’t pay their bills