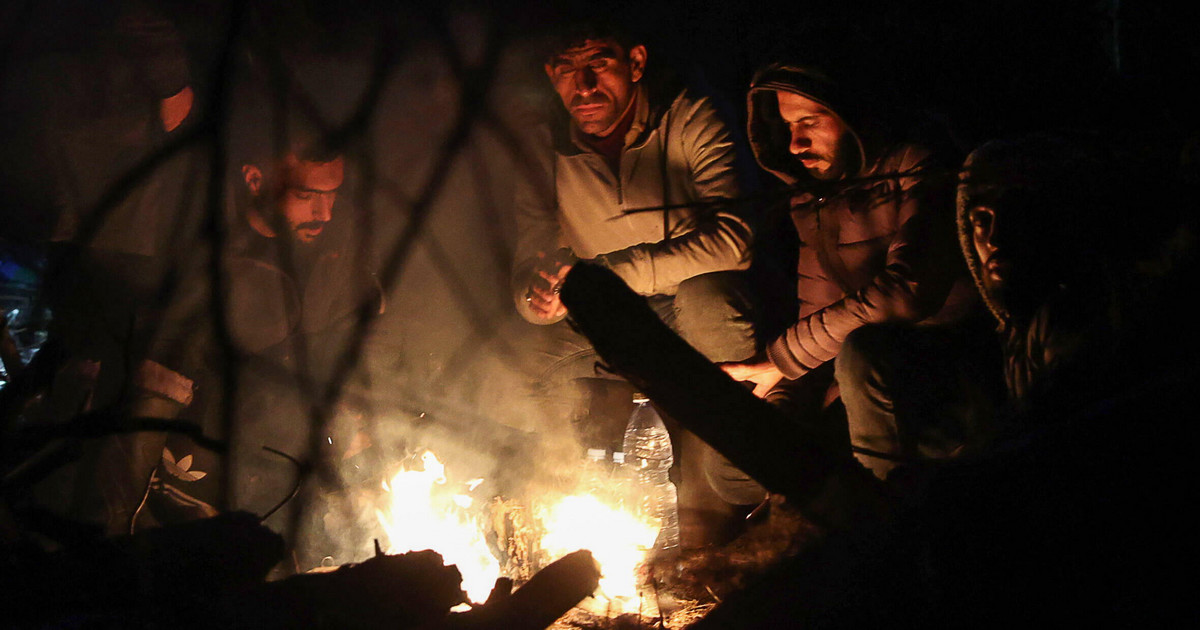 The commitment of the leaders of the world’s greatest military powers means a sudden turn in the many months of the Union’s struggle with Belarus. It began in early summer when neighboring countries accused Alexander Lukashenka of luring migrants from the Middle East, Africa and other places to Belarus, and then sending them to illegally cross the border with EU countries such as Poland, Lithuania and Latvia.

In recent days, this issue has come to the fore in Europe after Belarus sent thousands of migrants to the Polish border. They were then left in the cold after not allowed to enter Poland.

The issue was at the top of Washington’s agenda on Wednesday. During a meeting with US President Joe Biden, von der Leyen raised the topic second after the pandemic.

– This is a challenge for the entire European Union – she said after the meeting. – And this is not a migration crisis. This is an attempt by an authoritarian regime to try to destabilize its democratic neighbors.

The deadlock is so disturbing that Merkel called Russian President Vladimir Putin and appealed for help – only to be essentially dismissed.

Meanwhile, European Council President Charles Michel rushed to Warsaw and caused a stir by suggesting that the EU could finance the border walls along its eastern end – a position previously viewed as politically unacceptable in Brussels.

All this contributed to another dramatic escalation of the growing conflict between the EU and Belarus.

Both sides are at odds since Lukashenka’s brutal suppression of pro-democratic protests last year. They also argued sharply earlier this year when Belarus intercepted a civilian plane to arrest one of the dissidents, but the latest spate in the conflict has left Europe worried about the possible outbreak of violence.

“What is happening is very dangerous and these incidents could lead to a major escalation,” said a senior EU official, echoing the concerns of several European defense officials.

One question on Europe’s concern is whether Moscow is helping to implement Lukashenka’s plan. Putin has long supported the authoritarian leader of Belarus. On Tuesday, Polish Prime Minister Mateusz Morawiecki directly accused the Kremlin of pulling the strings.

An EU official said there were two hypotheses about the level of Russian involvement – either Putin is actively steering Lukashenka in the quest to destabilize the EU, or he is simply standing by, allowing Lukashenka to use migrants as a weapon without significant pressure from Moscow to stop it.

“Certainly, after the withdrawal of the United States from Afghanistan, one gets the impression that China rather than Russia is their priority today,” said a high-ranking official. – Either directly or through a proxy in Belarus, Russia may be tempted to test the European Union and test the transatlantic alliance by creating tensions.

The official added that such geopolitical malicious actions would be in line with Putin’s pattern of behavior in Libya and the Central African Republic, among other hotspots.

In the US, von der Leyen failed to respond to several shouted questions about Russia’s potential involvement. And Russia on Wednesday predictably rejected any suggestions of its involvement.

The Kremlin played cautiously after Putin’s conversation with Merkel. During the interview, Merkel told Putin that Belarus’s behavior was “inhuman and totally unacceptable” and asked the Russian leader to influence the Minsk regime, spokesman Steffen Seibert said.

However, according to the Kremlin, Putin publicly only offered to put the EU in contact with Minsk. In other statements, Russian officials openly criticized the EU, blaming it for causing a “humanitarian catastrophe” and accusing it of trying to “strangle” Belarus. Lukashenko denied the Union’s accusations, blaming the border crossing on organized crime and Western intervention in the Middle East.

The EU’s most immediate response to the urgent crisis is the new sanctions package, which is about to be completed. The aim is to cut off the Belarusian migration route by imposing penalties on airlines and officials helping to transfer people from their home countries to the EU’s borders.

The new penalties – the fifth set of EU sanctions against Belarus – may be approved as early as next week. After the meeting in Washington, Von der Leyen confirmed that sanctions would be introduced in the near future.

– We are considering the possibility of imposing sanctions on airlines that facilitate human trafficking towards Minsk and then to the EU-Belarus border – she said, adding that the US is also preparing its sanctions against Belarus, which will come into force in early December.

Or maybe a wall?

And in Warsaw, Michel suggested the possibility of a different response from the Union: building a wall. During a press conference with Morawiecki, Michel said that the Council came to the conclusion that from a legal point of view, the EU could finance border barriers.

Historically, the EU has vehemently rejected this idea, pointing to the Berlin Wall and stressing that Europe is morally opposed to border walls. In recent years, however, aversion to such walls has softened across the continent. Last month, 12 EU countries – including Poland – signed a letter to the European commissioners and the Slovenian EU Council Presidency, pushing the community to finance physical barriers.

But the European Commission, along with centrist and leftist groups in the European Parliament, has yet to withdraw from its opposition, which foreshadows future quarrels in the EU family.

Importantly, however, both sanctions and wall-building are long-term ideas for solving a problem that is also associated with the developing humanitarian crisis. Several thousand migrants are now camped at the border, deprived of regular access to food, water and shelter. The temperatures are dropping.

– This is a serious crisis, it is not a war, but it is an attack, the use of people as weapons – Josep Borrell, the head of EU foreign policy, told MEPs on Wednesday. – We must do everything in our power to provide these people with humanitarian aid.

Videogames entered his life in the late '80s, at the time of the first meeting with Super Mario Bros, and even today they make it a permanent part, after almost 30 years. Pros and defects: he manages to finish Super Mario Bros in less than 5 minutes but he has never finished Final Fight with a credit ... he's still trying.
Previous Steven Gerrard is the head coach of Aston Villa. New manager at the Cash club. Premier League
Next The EU court upheld a penalty on Google for abusing its dominant position