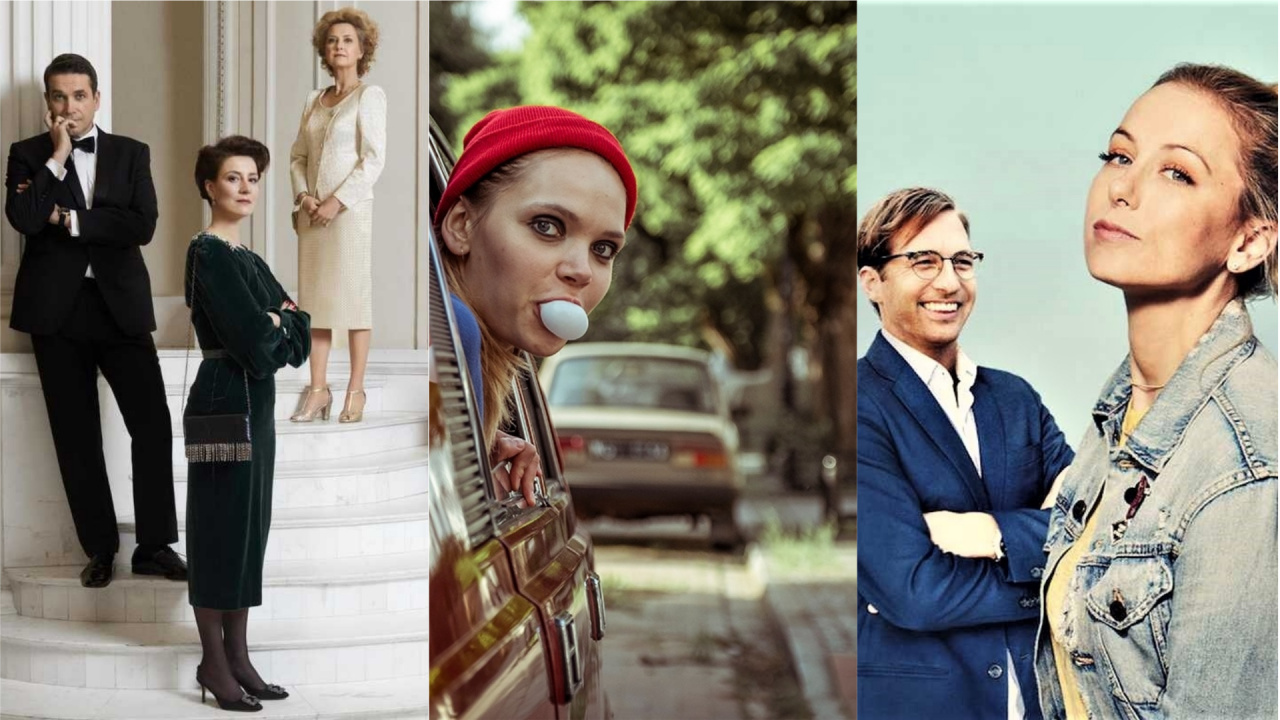 The best comedies of 2021. Which funny videos should you make up for?

Comedies are usually a difficult topic, because one is amused by irony and black humor, the other is jerking off when someone swears. Over the past 12 months, there was no shortage of production that satisfied the needs of both the first and the second group. And which were the funniest titles? Check out the best comedies of 2021 – well worth catching up on!

If you look at the rankings of the best comedies of the past year, you will probably be jaw-dropping. This is because most of the most recommended “funny movies” are hardly comedies. Yes, you can have fun watching these productions, but still the drama, in which funny scenes appear, did not even stand next to the comedy. In this list you will not find such great titles as “French Courier from Liberty, Kansas Evening Sun” by Wes Anderson or “Don’t Look Up” by Adam McKay, which use humor but are ultimately not funny at all. However, we recommend movies that really improve your mood after watching them. And the humor presented in them is at a high (or at least not embarrassingly low) level. The following titles can be found on streaming services, and some – still in cinemas.

Comedy biography? A biographical comedy? Yes, we invent non-existent film genres to be able to fit this picture into some categories. “Bliss. He loves, steals, respects ”was based on the story of Zdzisław Najmrodzki, the legendary PRL swindler who ridiculed the authorities of the Polish People’s Republic by escaping the law enforcement agencies 29 times. Dawid Ogrodnik played the role of a celebrity from a crime fiction and it must be admitted – he gave fire. On the screen he is partnered by: Robert Więckiewicz, Jakub Gierszał, Marta Wągrocka, Sandra Drzymalska, Rafał Zawierucha. And the whole – directed by Mateusz Rakowicz – it is ruthless, dynamic, fun, beautifully made and in some places it shines wonderfully with glitter

“In-laws” is another Polish proposition in our list and undeniable proof that in Poland you can do not only embarrassing romantic comedies. This one is unromantic, but very good. It shows what happens when people decide to cancel their wedding too late. Hint: the family decides to organize the wedding after all, because “already paid”, and besides: there are already guests! The groom’s parents (Maja Ostaszewska and Marcin Dorociński) and the bride (Izabela Kuna and Adam Woronowicz) will experience a real roller coaster ride. It is very “Polish”, but reluctant.

This 2021 romantic (and in fact anti-romantic) comedy is the best proof that the ratings on IMDB are not always worth trusting. Because a story about a stand-up artist Andrea Singer – in this role the flawless Iliza Shlesinger, also the author of the script – although she is not rated the highest on the website, it is a delicious entertainment. And at the same time, a great example of the fact that art can be made even from the worst parting.

The film is about a comic who once fought for her breakthrough in Hollywood meets the “perfect guy” and wants to believe that it might be true. However, it soon turns out that her friend (as always excellent Margaret Cho) was right to suspect ‘your ideal’. Andrea – like Ilsa herself, who wrote this story from her own experiences – is not going to be a victim!

You can take offense at this film, complain about it failed version of “Deadpool”, but only if you don’t understand its concept. And this one is simple: make fun of superhero movies and finally show that women in their 50s rule! In a world dominated by supervillains, two friends (sensational Melissa McCarthy and Octavia Spencer) childhood, one of which has discovered a way to get superpowers, are insurmountable. Right, “Thunder Force” is not top-flight humor, but try not to laugh about it. Good luck.

There are those who think the “Red Note” is a piece of crap. The most expensive production in Netflix history ($ 200 million was spent on it) is not the highest, but so what if it is a good watch? The story of an Interpol agent trying to hunt down the most wanted art thief was directed by Rawson Marshall Thurber (“The Millers”) and starred in it. Dwayne Johnson, Ryan Reynolds, and Gal Gadot make up the perfect trio. Recommended for an evening out after a terrible day when you just want to turn off your thinking.

When Matthew Vaughn he takes on something, we have a guarantee that it will be fine. Producer of Guy’s films (“Porachunki” and “Snatch”), also known as husband of Claudia Schiffer, it just has a knack for good sensational movies leaning towards comedy. King’s Man: First Mission only proves that. The prequel of the 2014 films “Kingsman: Secret Service” and “Kingsman: The Golden Circle” from 2017 tells the story of the world’s first independent intelligence agency. The premiere of the film was only on January 5, but since the holiday season up to and including January 6 is such a strange time between the old and the new years, we consider the production from Gemma Arterton, Ralph Fiennes, Colin Firth and Rhys Ifans (in the role of Rasputin) belongs to the one that has already passed (the more that the world premiere of the picture took place on December 7, 2021).

To be clear: this is not a movie that you will spend hours discussing with your friends or thinking about long after the screening is over. But “Love Trap” directed by Hernán Jiménez you can watch it quite well, and for sure – without suffering. This is a story about a journalist from Los Angeles, who – what can be hidden – has no luck in love, and yet decides to fly to the other side of the country to surprise a “perfect” guy she met on a dating site. As you can guess, this is not how it was supposed to look – the girl falls victim of catfishing and seems to have another poor experience to describe. But once he’s in place, he’s agreeing to a deal … in the lead roles starring Nina Dobrev, Jimmy O. Yang and Darren Barnet. You can easily watch it not only during the holidays.

He likes dogs, pizza and popcorn. Already a fanboy of Nintendo and Sony, but today throws anything. He has collaborated on sites and magazines such as GameBlast, Nintendo World, Hero and Portal Pop, but today is dedicated exclusively to Spark Chronicles.
Previous “The Telegraph”: Ralf Rangnick Seeks to Calm the Fall at Manchester United | ManUtd.pl
Next Kieran Trippier is leaving Atlético Madrid. Englishman’s medical tests