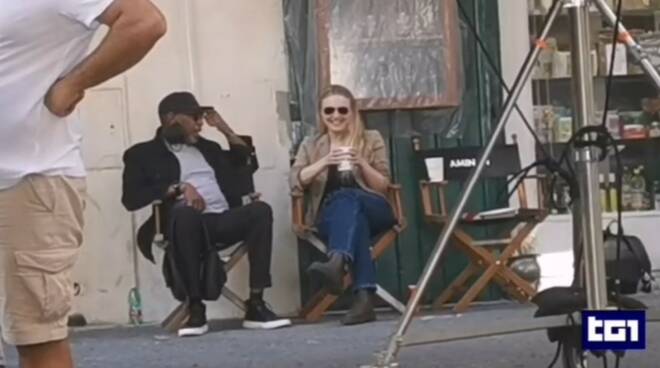 The Best Movies shot on the Amalfi Coast

The young woman from Salerno spoke about it Valeria Polverino in his blog The Travels of Vale, in which he tells the many souls of his province. It was she who compiled a list of the major films shot on the Amalfi Coast. From Rossellini to Totò passing through Sophia Loren, Christopher Nolan and Rob Marshall, here are all the best of the big screen shot between glimpses of the Divine.

It was first discovered by Roberto Rossellini who set a Maiori some scenes of Paisa (1946). Between the director and the Amalfi Coast it was love at first sight: in addition to making other films such as The Bad Killing Machine, The Miracle, Journey to ItalyRossellini moved there almost permanently, first with Anna Magnani and then with Ingrid Bergman.

In 1953 Gina Lollobrigida And Humphrey Bogart film in Ravello The treasure of Africa, in which they play two members of a ramshackle band of adventurers in search of a uranium deposit. At the time the film was not very successful but over the years it has become a cult film for cinema enthusiasts.

Of note are the sophisticated dialogues of Truman Capotewith the main scenes being filmed at Villa Rufolo And Villa Cimbrone.

In the same year a cetara, Toto was busy on the set of The man, the beast and virtuea film based on the comedy of the same name by Louis Pirandello. Set mates Orson Welles And Viviane Romance.

The film was by no means a success: shortly after its release in the cinema the family of the writer, winner of Nobel Prize for literature in 1934, he ordered its withdrawal because the distortion of the work had not been appreciated. For several years the film was nowhere to be found and only in 1993 RAI was able to broadcast it on TV for the first time.

Between Amalfi and Atrani was made in 2004 a film loosely based on Lady Windermere’s faninterpreted by Helen Hunt And Scarlet Johansson, The seducers. always here theaction movies Mr and Mrs Smithwith Brad Pitt And Angelina Jolie. Among the most panoramic sets, the magnificent terrace of the Hotel Santa Caterina was chosen. Last but not least the third chapter of The Equalizer, just finished shooting in Atrani, under the direction of Antoine Fuqua. In recent days the latest shooting.

In 1994 a Positano some scenes of the romantic comedy are filmed Only you – Love at first sightwith Marisa Tomei And Robert Downey Jr. Still in Positano, a few years later, it was filmed Mr Ripley’s Talent (1999). The cast with Matt Damon, Gwyneth Paltrow and Jude Law And Under the Tuscan sun (2004) with Diana Lane And Raul Bova.

In 2009 also the Japanese cinema discovers the Amalfi Coast and Positano becomes the set of Amalfi, the reward of the goddess. In the winter of the same year, a large array of stars directed by dto Rob Marshall turn to Positano Nineintense musical in which they stand out Sophia Loren, Daniel Day Lewis, Nicole Kidman and Penelope Cruz.

David Martin is the lead editor for Spark Chronicles. David has been working as a freelance journalist.
Previous with donoratico another 3-point victory!
Next MUBI December 2022 all programming