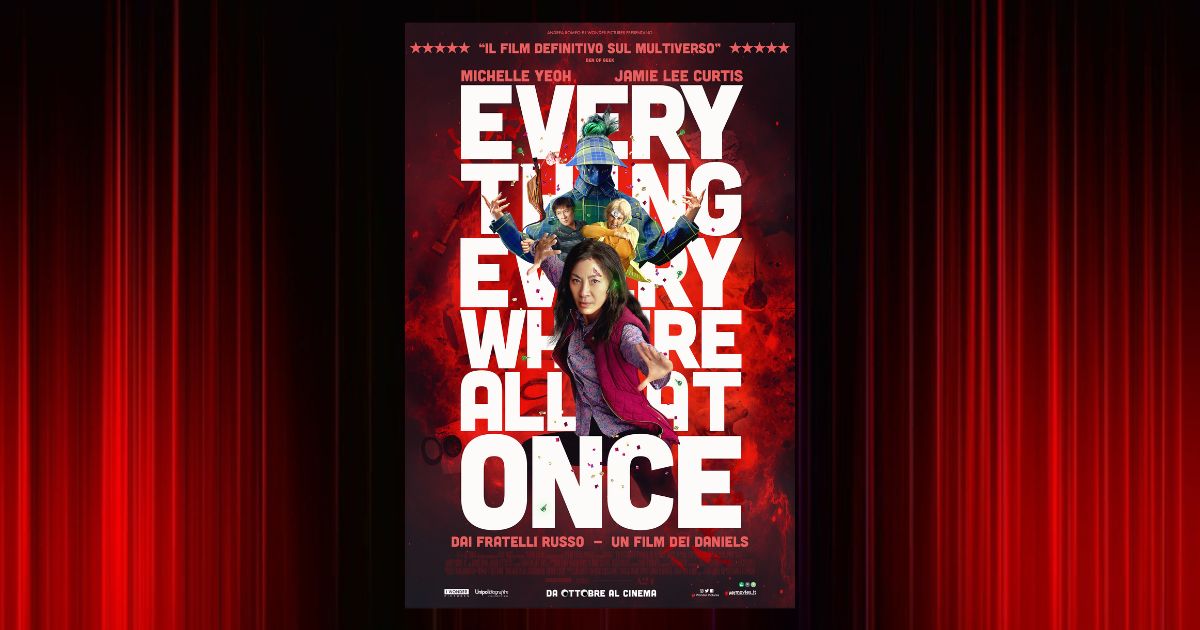 the best titles to watch

Always able to charm young and old alike, the Multiverse it is the set of different universes external to our spacetime. When we talk about Multiversetherefore, we refer to the idea that there is not only the universe in which we live but they exist parallel universes in which they are present alternative realities.

Incredibly fascinating, over time the Multiverse has appeared in a multitude of works, such as books, comics, movies and TV series. If you are also particularly interested in the topic and would like to find new titles that bring the Multiverse to the screenyou are in the right place: in this article you will find a list of tips that is right for you.

Below you will find a selection of best titles that bring the theme of the Multiverse to the screen, perfect if you are passionate about the topic. All the titles featured in this article are accompanied by the trailer, the official synopsis and the where to find them.

The first title we want to recommend was defined as the definitive film about the multiverse and, consequently, absolutely cannot miss in our list dedicated to films and TV series about the Multiverse: Everything Everywhere All at Once. At the cinema since 6 Octoberthe film brings a mix of comedy, family drama, martial arts and romance to the big screen and turned out to be the biggest surprise of the season at the 2022 US box office, grossing more than 90 million worldwide: unmissable!

Evelyn Wang (Michelle Yeoh) runs a small laundromat, has a teenage daughter who no longer understands, a dazed father, and a fruit wedding.

A routine tax check unexpectedly becomes the door through which Evelyn is drawn into an exciting and colorful adventure in the most innovative and fun multiverse ever seen in the cinema. Called to save the destiny of the universes, she must draw her courage from all of her to defeat an apparently unstoppable enemy and restore her harmony to her family.

Doctor Strange in the Multiverse of Madness

As for the titles to see directly from your sofa, we recommend Doctor Strange in the Multiverse of Madness, available in streaming on Disney +. As the title suggests, this film Marvel Studios it bases its plot precisely on the existence of the Multiverses, also revealing to us what our dreams mean… perfect if you love superhero stories!

In the Marvel Studios film “Doctor Strange in the Multiverse of Madness,” the MCU opens the doors to the Multiverse, pushing its boundaries far away. Venture into the unknown with Doctor Strange who, with the help of old and new mystical allies, will traverse incredible and dangerous alternate realities, facing a mysterious new opponent.

The Man in the High Castle

Speaking instead of TV seriesa title that cannot be missing from this list is The Man in the High Castleavailable in streaming on Prime Video. Based on the novel by Philip K. Dick The swastika on the sunthe genre series drama, ukrainian, thriller, science fiction it is made up of four seasons and from the first it begins to lay the foundations to talk about the Multiversewhich he explores more in the past two seasons.

Based on the award-winning novel by Philip K. Dick and produced by Ridley Scott (Blade Runner) and Frank Spotnitz (The X-Files), The Man in the High Castle explores the possibility that the Allies had lost World War II and Japan and Germany had ruled the United States. Starring Rufus Sewell (John Adams), Luke Kleintank (Pretty Little Liars) and Alexa Davalos (Mob City).

Do you love TV series consisting of a few episodes, to be watched all in one breath? A title that’s right for you is Parallel Universesavailable on Disney +which, just as the title suggests, brings to the small screen the events of a group of young people who find themselves dealing with parallel universes.

Four childhood friends, Sam, Bilal, Romane and Victor, lead a peaceful existence in a peaceful mountain village when a mysterious event disrupts their world. In an instant, the universe changes its rules and shuffles the cards: the present, the future and the multiverses merge, separating the children and making them find themselves on parallel worlds and in different eras. The four begin to try to understand what happened and try to find each other and to turn back the clocks to be able to return to the world “they lived in”. Facing their fate will be an opportunity to grow up and see things differently, as will their parents or Lieutenant Retz, who for the first time will be dealing with a case that will put a strain on his scientific mind.

We finish ours advice list with a film that broke several records upon its arrival at the cinema: Spider-Man: No Way Home. Available on Sky Cinema One, on demand come on Netflix, Spider-Man: No Way Home takes advantage of the Multiverse in an incredibly original way, bringing back to the screen many characters from the past much loved by the public: really extraordinary!

For the first time in Spider-Man cinematic history, our friendly neighborhood hero is unmasked and can no longer separate his private life from the great responsibilities of being a Superhero.

When he asks Doctor Strange for help, the stakes become increasingly risky and will lead him to discover what it really means to be Spider-Man.

If you are wondering how much Netflix costs and the prices to stream TV series and movies on the famous platform, we invite you to read our article: Netflix subscription prices.

You would like to see Netflix and Sky together? By taking out a subscription to Sky Q you can access all the contents on the streaming platform and the Sky TV titles in one place.

The offer is also valid for those who already have an active subscription to Netflix and / or Sky. You can choose how to watch Sky Q if via internet (without dish) or via satellite.

Now that you know the titles on the Multiverse not to be losediscover here also the TV series with time travel not to be missed in streaming.

David Martin is the lead editor for Spark Chronicles. David has been working as a freelance journalist.
Previous Roberto Spada, the boss of the newspaper is free: in Ostia the shock party in the square with fireworks
Next Warm up the house with the oven trick, the hidden option that few knew