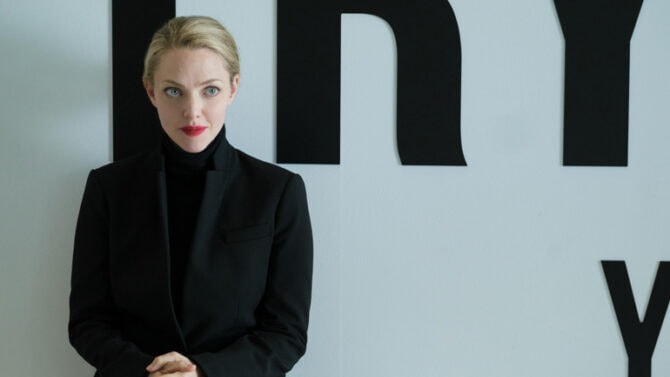 The best TV series to watch in 2022, on Netflix, Amazon Prime Video, Disney +, Sky, Apple TV + and more: all miniseries or in their first season

Orient yourself in the sea of new TV series that come out every month is getting more and more complicated. To understand what to watch you can rely on the algorithms of the services you subscribe to … or on us. We have selected the best TV series released in 2022 (for now) between those in their first season and the miniseries (which start and end in a single season).

2022 is turning out to be a year full of highly anticipated titles that did not disappoint in their debut, from the Italian Bang Bang Baby to The Staircase – A suspicious death with Colin Firth and Toni Collette, but also with many surprises.

Series like Slow Horses, Pachinko And Severance (all Apple TV +, which this year is the host in this ranking) are a real wonder for originality of story and staging. Absolutely to be recovered.

** What to watch on Netflix: updated catalog **

Here are, in our opinion, the best TV series released on Apple TV +, Netflix, Prime Video, Disney +, Sky, STARZPLAY… in 2022 with their first season or miniseries. Ready for binge watching?

Gary Oldman, Kristin Scott Thomas, Jonathan Pryce, Jack Lowden and Olivia Cooke, are among the stars of this surprising spy-thriller series in pure British style, of which the second season is already ready and which has been renewed for the third and fourth.

Set in London, Slow Horses stars a group of MI5 outcasts – the ones who got it big in service – who animate a detached section of the agency, headed by dusty and rough Jackson Lamb (Oldman). Here also ends the young and enterprising River Cartwright (Lowden) who brings some action back to the group, prompting them to participate in a mission in which everyone will take more than revenge with the upper floors.

Based on the novels of Mick Herron, Slow Horses offers an “old-fashioned” spy story, where you get involved and have fun, with a mix of unforgettable characters.

Definitely among the best TV series to watch in 2022.

Italian crime series created by Andrea Di Stefano, Bang Bang Baby follows the dramatic events of Alice (Arianna Becheroni), a teenager who lives in the late Eighties with her mother in Milan, dreaming of a future different from the one she seems destined for.

** What to watch on Amazon Prime Video **

Shy and lonely, Alice lost her smile at the age of ten, when she witnessed the murder of her father Santo (Adriano Giannini). Everything changes, however, when she discovers that he is not dead. Alice wants to find him again, but the road that leads her to him is unexpected and dangerous. Indeed, he becomes the youngest member of a ruthless criminal organization.

Bang Bang Baby is a courageous and unprecedented series on the Italian television scene, both in terms of plot and staging. Pop and neon, but also dark and violent, renews the stylistic features of criminal crime, inserting a family and coming-of-age story.

The series with Elisabeth Moss (The Handmaid’s Tale), Wagner Moura (Narcos) and Jamie Bell (Snowpiercer) begins as the most classic of thrillers, with a serial killer of young women whose case returns to be talked about after years of silence, and then shuffles the cards and turns into a story that touches elements of science fiction, complete with travel in time.

If the plot scares you and you are ready to go further, know that you would miss a splendid crime series, with peaks of originality and cruelty often difficult to find in a hyper-beaten genre like this.

Elisabeth Moss is Kirby, a woman who, following an attack, believes she has lost touch with reality. In fact, from one moment to the next, her life can bring about significant changes that she cannot explain.

When some murders begin to occur with details that link her back to her case, Kirby recognizes her attacker’s signature and, together with a reporter, decides to find out more and close that painful chapter in her life.

Based on the novel of the same name by Audrey Niffenegger – which was already a film with Rachel McAdams and Eric Bana – The Time Traveler’s Wife is a dramatic and romantic series, which tells the story of a timeless love.

Claire (Rose Leslie) is only six when she first meets Henry (Theo James), the future love of her life. In fact, Henry has a genetic condition that keeps him traveling through time. Everything in her life is unpredictable and uncontrollable. Fourteen years after their first meeting they meet again: she claims to have already met him and that she knows that she will be her future wife, he does not remember. A magical relationship is born between the two, but not without a lot of suffering, which challenges the laws of space and time.

Compared to the film, Steven Moffatt’s series manages to explore the two characters and their story in a deeper way, delivering peaks of tear-jerking romance.

Based on Min Jin Lee’s bestseller of the same name, Pachinko tells a century-long family story.

We meet Sunja, the protagonist, in the early decades of the twentieth century, in Korea still part of the Japanese Empire, seduced by a fascinating and powerful man. To maintain the honor of her family, Sunja is forced to emigrate to Japan, where she grows up her son, with whom she opens a pachinko parlor, the famous gambling hall, in the eighties, and then her nephew, Solomon, whom we already meet. adult, in the United States, trying to become a rampant businessman.

A great story that runs through different eras and countries, blending romance, drama and politics (the story between Korea and Japan), in one of the most interesting, poetic and profound productions seen in streaming and one of the best TV series to see this year.

Amanda Seyfried is Elizabeth Holmes, the billionaire founder of Theranos accused of fraud against her investors, in the streaming series on Disney + based on her true story.

Created by Elizabeth Meriwether, The Dropout retraces the very rapid rise of Holmes, starting from the gestation of her idea with revolutionary potential – being able to have a complete medical diagnosis starting from a drop of blood, cutting down the times of healthcare – up to the epilogue with the trial for fraud. Although the technology she devised was not giving positive results, in fact, Elizabeth Holmes continued to sell it.

Amanda Seyfried is very good and at times frightening, in this story that tells the desire to respond to the expectations, family and professional, of a girl who finds herself involved in a game bigger than her, who becomes a trap from which she can no longer free herself .

It took a series like The Saircase: a classic investigative thriller, based on a real-life news story – that of writer Michael Peterson, accused of the murder of his wife Kathleen – starring two super actors like Colin Firth and Toni Collette.

Miniseries in 8 episodes, The Staircase begins in North Carolina, where the two live, in 2001, a few days before Christmas. 911 receives a call from Peterson: it is late in the evening and the man, desperate, says that his wife has fallen down the stairs and is struggling to breathe. A few minutes later he calls back: he is no longer breathing. When the police arrive at their mansion, they declare it a crime scene. There is too much blood for it to be a fall.

Investigation and familiar implications are the narrative furrows of this series that winds between the couple’s past and present, in the sign of a truth to be discovered.

Created by Dan Erickson and directed by Ben Stiller, the show is one of the craziest and most interesting you will see streaming this year. Severance explores what has long been a debated topic of analysis: is it possible to separate professional life from private life?

Mark Scout (Adam Scott) leads the work team at Lumon Industries, where employees go through a process of separating work and private memories. The memory of each of them has been so meticulously arranged that it does not allow them to bring the office home and vice versa. But all of that is called into question when Mark is faced with a situation where it would serve him to follow his nature and himself in his work.

Surgical and full of intrigue, the series starts slowly and then turns out to be a surprising and visually magnetic journey, an original thriller that opens up an interesting reflection on our present.

The new Marvel series offers a heroine that will please the very young, but not only. The protagonist is the high school student Kamala Khan (Iman Vellani), who responds to many of the clichés of the television nerd: she is an avid fan of the Avengers, a very skilled illustrator and has a group of affectionate friends, not among the most popular of the school.

Kamala has a problem: her family. Although she was born in New Jersey, her practicing Pakistani family would like her to be more attached to their traditions. One evening, without the permission of her parents, Kamala runs away from home to go to a Marvel fair. To personalize the superheroine costume, she chooses to wear a bracelet that belonged to a member of her, which she magically comes to life of her, giving her amazing powers.

Ms Marvel it is a story about second generations, acceptance and diversity. It’s pop and fun, adventurous and educational.

David Martin is the lead editor for Spark Chronicles. David has been working as a freelance journalist.
Previous The cult movie on TV: “The Twilight Saga
Next a new Teaser anticipates the Return of Georgina 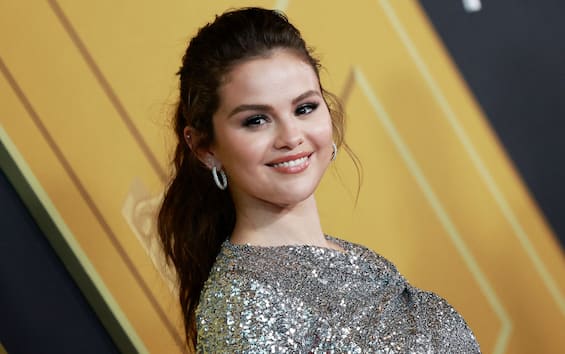 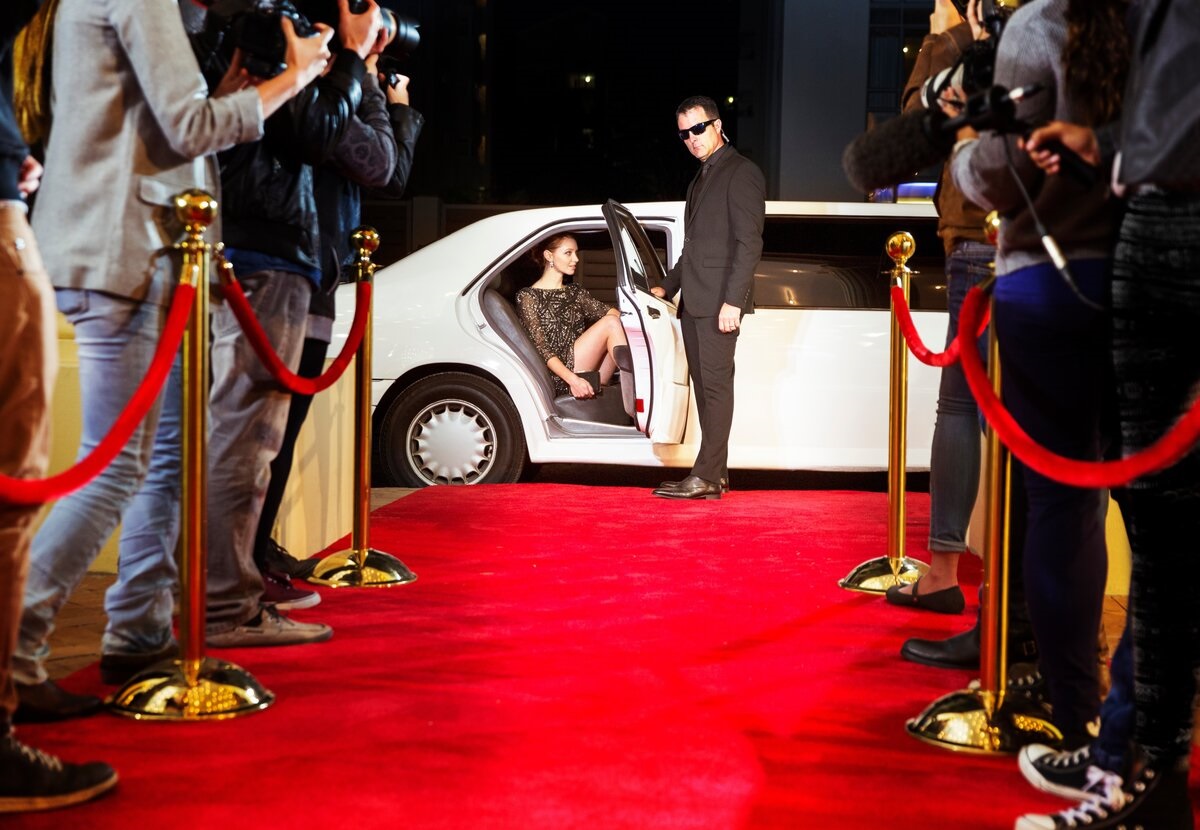 -20. A world to discover “beyond” the Festival 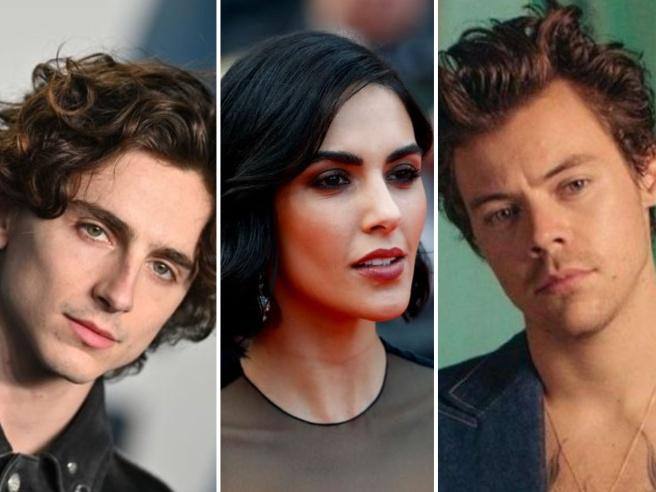