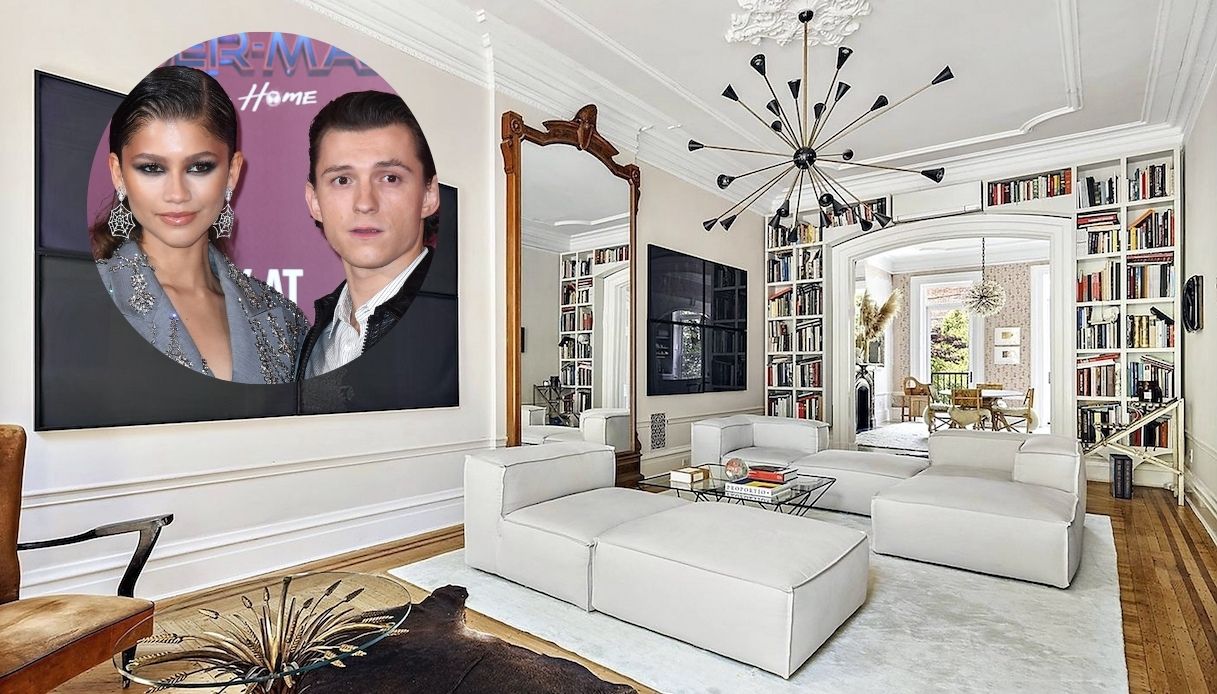 the clues and the mansion

The two actors who have captivated millions of fans, Zendaya and Tom Holland, are reportedly looking for a home of their own, and just recently they were spotted in Brooklyn visiting a $5 million mansion that features absolutely wonderful interior.

Zendaya and Tom Holland: The house they could move into

It is certainly not the first time that there have been rumors of an alleged purchase by the protagonists of Spiderman and the hit TV series Euphoria, but this really could be the perfect opportunity to see the two lovebirds take a big leap in their relationship and move into a mansion together that they may soon buy. The same Tom Holland he had broken the rumors about buying a villa in London for his sweetheart, calling them “Complete falsehoods”, but months later it could all be true.

Indeed, Zendaya and Tom Holland were spotted in the Fort Greene/Clinton Hill area of ​​Brooklyn, as reported on New York Post, and just grappling with a house worth $5.35 million; according to what was revealed by a witness to the New York Post, the actress wore a summer-chic outfit, while Tom Holland a more casual look, with a bucket hat.

The house, which dates back to 1860, offers a huge internal but also external space: it looks like a apartment with garden, served by 5 bedrooms and 6 bathrooms, as well as a large office. As for the furnishings, every detail seems to be perfect: the open kitchen was completely renovated in 2019 and modern furniture was chosen, Carrara marble countertops that give the house the right elegance and the appliances are undoubtedly the latest generation.

Zendaya and Tom Holland, one of the most loved couples

There is no doubt: the one formed by Zendaya and Tom Holland turns out to be one of the most popular couples of recent years. The fans who support them seemed to have caught early on the “romantic” signs between the two actors who met on the set of Spiderman-Homecoming in 2016 and who for a long time claimed to be just friends, before coming out recently.

Although they are very attentive to their privacy and do not miss too many details, they still manage to give fans some tender moments that confirm more and more the beautiful relationship they have, as in the case of Tom Holland’s birthday, to which Zendaya dedicated a wonderful instagram post. Simple and direct: “Happy birthday to the person who makes me happiest in the world“.

Now it seems that things are about to get more and more serious, and finding a house to live in together is certainly an important step, especially since both already own an apartment. The protagonist of Euphoria in fact it already has a £3 million house in Los Angeles, while Tom Holland lives in a house next to his parents’. Therefore, we don’t know for sure if and when they will finally move in together, but if the house was the one they recently visited it would certainly be a great deal.

David Martin is the lead editor for Spark Chronicles. David has been working as a freelance journalist.
Previous All the winners and announcements of the TGA 2022
Next Arcane wins Best Adaptation at TGA 2022 | TV