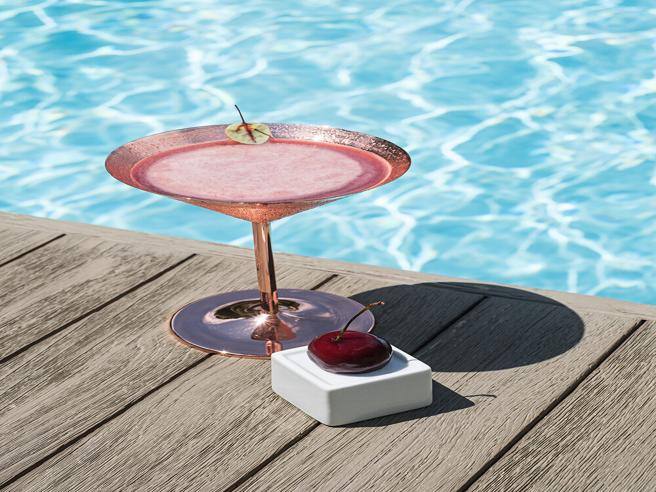 The Como Lake Cocktail Week is back: on the shores of the lake, author mixology is celebrated

He’s coming back there Como Lake Cocktail Weekthe event that transforms Como and its Lake in a stage where the art of mixology and food pairing. The appointment from 30 June to 4 Julyfive days dedicated to the art of quality mixed drinking, with a drink list of 50 cocktailsincluding alcoholic and alcohol free versions, served at the counter of the most fascinating luxury hotels, street bars and restaurants of the Lake Como.

This third edition, sponsored by Municipality of Como, Confindustria and Confcommercioaims to educate to responsible and quality drinking and to strengthen synergies in the area.

I strongly believe that the Como Lake Cocktail Week is a project of all of us that cultivates a great potential in itself, therefore destined to grow over time, attracting more and more an audience curious to discover the values ​​of our territory, he declares Annalisa Testa, journalist and founder of Como Lake Cocktail Week. What we all contribute to is an ode to quality mixing which aims to make guests discover the art of drinking, cheaply, well and responsibly, celebrating the history of the city and the shores of our lake.

Like the past few years, they are almost 30 locations involved. The great hotels on the lake, from Villa d’Este to the Mandarin OrientalLake Como, from the Grand Hotel in Tremezzo to the Imperial Hotel in Moltrasio, passing through the historic one Villa Serbelloni in Bellagio, to get to Il Sereno and Filario on the east bank. And then theHiltonthe Sheraton Lake Como, the historic street and restaurant cocktail bar of the walled city, and a new entry this summer: the new Mor Lake Comothe luxury beach club latest acquisition by the Omnam group, nestled on the west bank of the Tremezzina.

This year’s theme on cinema. The bartenders will have to make theirs signature cockatail inspired by those places that have repeatedly been the protagonists of famous films. From Villa d’Este on the Comacina Island up to the village of Nesso, the participants went back to the shooting locations of the first film by HitchcockThe Pleasure Garden (1975), oa Villa Balbianelloin which Martin Campbell, director of Casin Royale (2006), frames the kiss between Eva Green and Daniel Craig, same location chosen by George Lucas in 2002 to set the senator’s residence-refuge Padm Amidala in Star Wars: Episode II, Attack of the Clones.

Also this year among the protagonists of the drink lists there will be the non-alcoholic signature cocktailan idea that is strengthened through the observation of trends and the promotion of responsible drinking.

David Martin is the lead editor for Spark Chronicles. David has been working as a freelance journalist.
Previous Ariana Grande is Spotify’s most profitable female artist in history
Next Ariana Grande celebrates 29 years with an extensive career in the music world