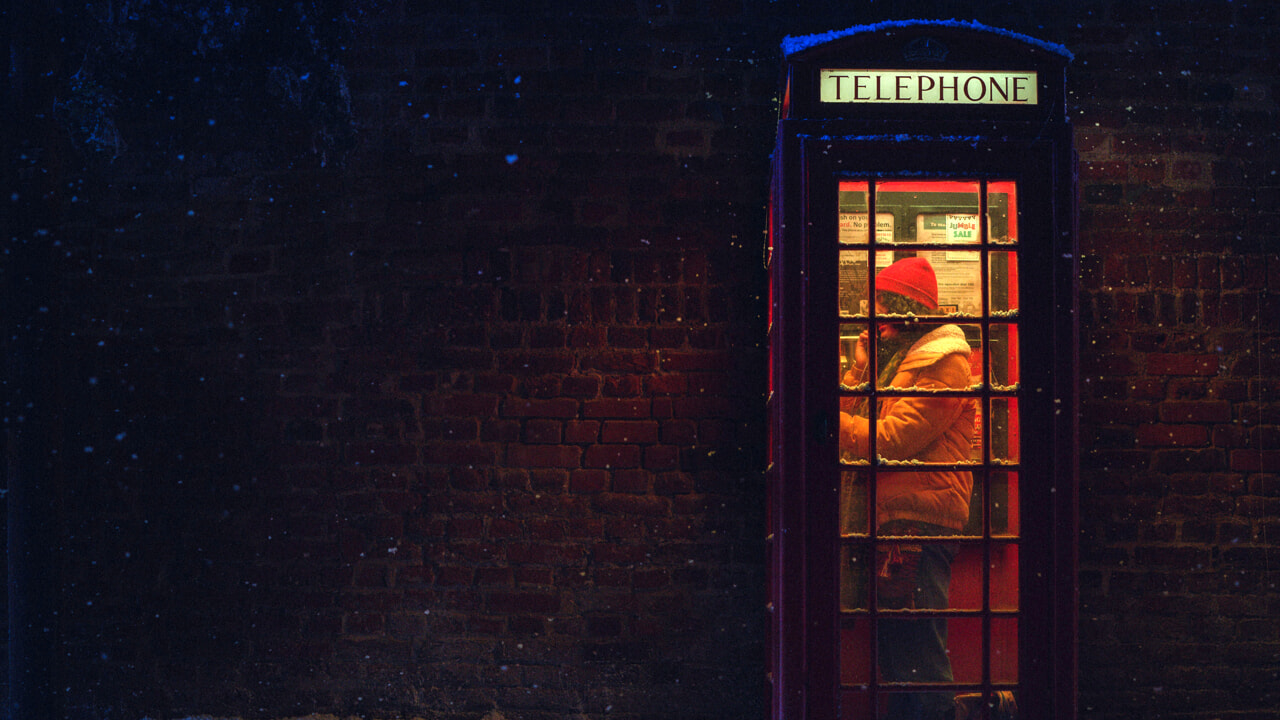 Watching all the movies coming to Prime Video in December is dizzying. Obviously there is no shortage of Christmas films, the Italian Suddenly ChristmasEnglish Your Christmas or mine? and the American Something from Tiffany’s.

But in addition to Christmas gifts there is everything from horror to comedy, from drama to adventure and sentimental. And then there are the many non-exclusive titles arriving in the coming weeks… In short, we leave you with the complete list and spoiled for choice.

Movies and TV series due in December on Prime Video

A family comedy with Diego Abatantuono. The film tells the story of Chiara, 8 years old, who every year can’t wait for Christmas to see her adored grandfather Lorenzo (Diego Abatantuono), owner of the delightful high mountain hotel that hosts the family celebrations. This year, however, Chiara’s parents, Alberta and Giacomo, have decided to get in the car under the hot sun of the week of August, for an off-season visit to Lorenzo, because they need him to give Chiara the bitter news: they are separating.

Perhaps, if he told her, the little girl would suffer less… Lorenzo, already in crisis because he risks having to sell his beloved hotel, accepts the thankless task of breaking the news to his granddaughter, but first he wants to give her one last happy Christmas… Mid-August! In the cast besides Diego Abatantuono, Violante Placido, Lodo Guenzi, Anna Galiena, Antonio Catania, Michele Foresta (aka Mago Forest), Nino Frassica, Gloria Guida with her return to the screens after years of absence, flanked by the very young protagonist Sara Ciocca . The film is directed by Francesco Patierno and produced by Notorious Pictures.

The trailer and things to know about Suddenly Christmas

Your Christmas Or Mine? (film Original) – release date December 2nd

Your Christmas Or Mine? follows the story of James (Asa Butterfield, Sex Education) and Hayley (Cora Kirk, Newcomers) who end up living Christmas in each other’s families and vice versa. After saying goodbye at a London train station, they both make the same crazy decision to change trains and surprise each other. Completely unaware that they have exchanged Christmases, Hayley finds herself in a huge mansion in a small village in the Gloucester countryside where Christmas does not exist, while James heads north to a small semi-detached house in Macclesfield and enters the hot and chaotic pandemonium that only a large family can generate at Christmas time. When the entire country is covered in the largest snowfall on record, our star-crossed lovers find themselves trapped in the most manic time of the year. Christmas traditions are turned upside down, secrets are revealed and family truths told with hilarious consequences. The couple will realize that there are many things they don’t know about each other.

Hawa (Sania Halifa) is a 15-year-old who lives alone with her seriously ill grandmother (Oumou Sangaré), and fears being transferred to another house by social services. When she learns that Michelle Obama is in Paris for three days, she Hawa has the crazy idea of ​​getting adopted by the world-famous celebrity, whom she admires more than anyone else in the world. The new French Original film is directed by director and screenwriter Maimouna Doucouré.

This Is The Year (film Exclusive) – release date December 15th

In a last-ditch effort to land the girl of his dreams, nerdy high schooler Josh and his best friends embark on a road trip to see their favorite band at the biggest music festival of the year. He will discover that true love can be found in even the most unexpected of places. This Is The Year, revisiting the comedies of the 80s in a contemporary key, addresses the problems of today’s teenagers, speaking their language and making inroads with a story with an authentic meaning.

Since she was a child, Luce has had only one dream: to become a firefighter, like her father. Unfortunately, in 1932 New York, women are not allowed to practice this profession. When the city’s firefighters begin to disappear one by one following mysterious fires that raze Broadway theaters, Luce sees a golden opportunity: she disguises herself as Lucio, a clumsy young man, and together with Jin, the fastest narcoleptic taxi driver in Manhattan, and Ricardo, a big muscle man with a passion for quantum physics, put together a team of improvised firefighters bent on stopping the arsonist. For the first time Luce has to face danger but above all she must preserve her false identity, because her father is the head of this high-risk operation.

Wash me in the river (film Exclusive) – release date 28 December

Shelby John and Ruby Red are madly in love, but their story is marked by drug abuse. They decide to clean up and start a family, but the drug trafficking meshes are too tight and Ruby falls into temptation, pressed by her trusted drug dealer. Her dose is fatal to her. Destroyed and moved by an irrepressible desire for revenge, Shelby John is determined to exterminate those responsible for the death of his partner and finally break the chain of drug trafficking in the city. In the cast Jack Huston, Robert De Niro, John Malkovich, Willa Fitzgerald and Quavo. the film is directed by Randall Emmett.

Mimmo (Domenico Manfredi) is 50 years old and has an incurable obsession for game shows. When, resorting to very unorthodox ways, he manages to win an “all inclusive” weekend in a luxurious 18th century villa, he convinces his unsuspecting lifelong friends, Lello (Raffaele Ferrante) and Francesco (Francesco De Fraia), to accompany him . What none of the three can imagine, however, is that the villa is not at all the glitzy resort they expected, but a dark receptacle of tension and unexplained events stirred by the evil ghost of a little girl (Artemisia Levita) in search of revenge and bent on to torment the three very unlucky friends, making their vacation a real nightmare!

Wildcat follows the exciting and inspiring story of a young veteran on his journey to the Amazon. Once there, he meets a young woman who runs a wildlife rescue and rehabilitation center, and his life finds new meaning when he is entrusted with the life of an orphaned ocelot cub. What was meant to be an escape from life turns out to be an unexpected journey of love, discovery and healing. Directed by Melissa Lesh and Trevor Beck Frost.

The other films coming out in December: first and second releases

The other films released in December: the oldest titles

The Others – release date 1 December

Fantastic beasts and where to find them – release date 1 December

If you love me – release date 2 December

Into The Wild – Into the wild lands – release date 31 December

The most beautiful day in the world – release date 31 December

Once upon a time… Lupin – release date 31 December

Lupine the Third: The Prophecies of Nostradamus – release date 31 December

David Martin is the lead editor for Spark Chronicles. David has been working as a freelance journalist.
Previous The North Face Nuptse is the down jacket of the moment also according to Emily Ratajkowski who combines it with python boots
Next Harry Potter: How are Bellatrix and Leta Lestrange related?