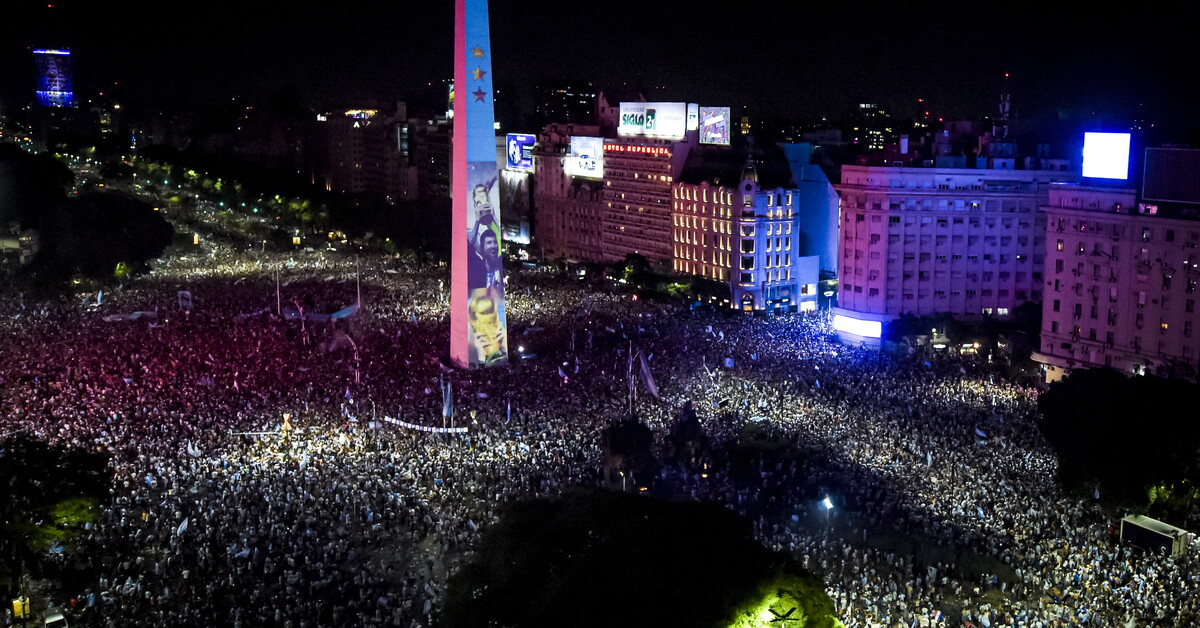 the crazy night of Argentinian fans

Party night all overArgentina for the victory of the World Cup by the team led by Leo Messi. Millions of Argentines wept, screamed and hugged each other as they watched the match, which was a roller coaster of emotions. During the match, many spectators in a public square in Buenos Aires chanted the name of the captain Messi. For the Albiceleste it is the third title of world champion after those of 1978 and 1986, but they lost the finals in 1930, 1990 and 2014. Many Argentine fans hastened to remember the great Diego Maradona, who died two years ago, claiming that from above he led the team to today’s victory.

In Rosario, Messi’s hometown, seas of people took to the streets to celebrate their local hero being voted World Cup Player of the Year for the second time after 2014. People poured into the streets after Messi lifted the trophy to the sky and continued to celebrate well into the night. The national team led by Messi has managed to unite the Argentines with a sense of joy that is not common in a country that has been stuck for years by the economic crisis, which is suffering one of the highest inflation rates in the world and with almost four out of 10 people living in poverty.

The fans also particularly appreciated this team coached by Lionel Scaloni. Argentine president Alberto Fernandez also joined the celebrations and thanked the national team for their victory. “Thanks to the players and the technical team. They are an example we must never give up. We have great people and a great future,” Fernandez wrote on social media. On a scorching summer day, the Obelisk in downtown Buenos Aires quickly began to fill up as thousands flocked downtown to celebrate. Shortly after the match ended, the subway turned into a party as fans packed their cars, chanting and jumping for joy as they made their way to the festivities at the Obelisk. “Holding Leo Messi by the hand, we’ll go all the way,” the crowd chanted as euphoria took over.

David Martin is the lead editor for Spark Chronicles. David has been working as a freelance journalist.
Previous Open letter to President Meloni and his government – ​​Il Golfo 24
Next The Christmas I would like Pope Francis previews, interviews, themes