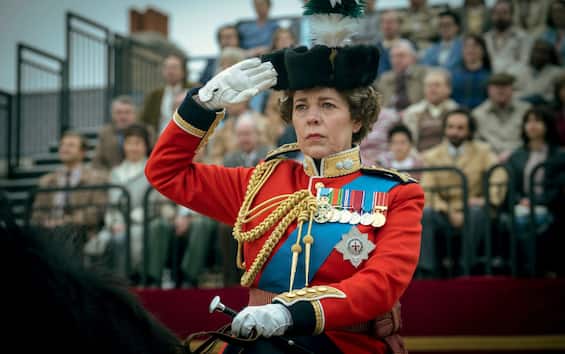 In the last week the series The Crown ranked seventh among Netflix TV series for hours of viewing. The death of Queen Elizabeth II, in fact, seems to have rekindled interest in the work of Peter Morgan which will land in November with the fifth season

It might seem almost disrespectful to say this, but Queen Elizabeth II’s death has had a positive effect on Netflix. Indeed, the sad news seems to have suddenly rekindled users’ interest in The Crown. The TV series, now in its fifth season which will be available from next November, is back in the Top 10 of those most viewed on Netflix. The spectators, almost conveyed by the disappearance of the historic sovereign, tuned in to the platform (also visible on Sky Q and through the app on Now Smart Stick) and reviewed the previous seasons of The Crown.

The cast of The Crown

The Crown, working on a prequel to the series

This week The Crown was placed in seventh place for the most viewed TV series on Netflix, for a total of 17.57 million viewing hours. A sensational result considering that the first season was aired now six years ago in 2016. In first place, however, there is the fifth season of Cobra Kai with 107 million hours of views, followed by Devil with 70.8 million e The Imperfects to complete the podium with 24 million. The TV series explores the life of Queen Elizabeth starting in 1947, six years before her official coronation on June 2, 1953. Covering such a vast period, the performers have changed over the seasons. For instance, Claire Foy played the Queen for the first two seasons, same time frame where Matt Smith he played King Philip and of Vanessa Kirby who lent the face to Princess Margaret. Starting from the third season, however, Olivia Colman was cast for the role of the protagonist who in the fifth will be Imelda Staunton. King Philip was played by Tobias Menzes in the third and fourth season, with Jonathan Pryce which is about to replace him during the fifth. In the end, Helena Bonham Carter she took over from Vanessa Kirby as Princess Margaret.

The Crown 6 in doubt

However, the death of Queen Elizabeth II risks having repercussions for the continuation of the TV series. If for the fifth season, which will focus on the 90s until the tragic death of Lady Diana of 31 August 1997 in Paris, there is no doubt and in November it will land on Netflix, the same cannot be said for the sixth. According to sources close to Peter Morgancreator of The Crown, the filming of the sixth season could be interrupted by the death of Queen Elizabeth II. Netflix, however, has not yet released official releases but doubts remain. Season 6 is expected to explore the consequences of Lady Diana’s death on her children William and Henry, played respectively by Ed McVey And Rufus Kampa.

Elizabeth II, the actresses who played her

Elizabeth II died on 8 September, aged 96, after 70 on the throne. As the most legendary ruler of our times. In her very long reign there are many actresses who have given their face to the iconic The Queen

Helen Mirren in Stephen Frears’ film, The Queen – The queen of 2006, she plays one of the most successful queens in cinema caught in the days following the death of the most bulky daughter-in-law ever: Lady Diana. A moment in which the Crown and Elizabeth herself are in great difficulty, unable to empathize with their people all lined up on the side of Lady D. The film brings home, among other prizes, an Oscar, a Coppa Volpi , and a Golden Globe for Helen Mirren, as well as a Golden Globe for screenwriter Peter Morgan

It starts with the coronation just 27 years after the death of his father until the 1960s, passing through the Suez crisis, the political scandal of the Profumo affair and the birth of Prince Edward in 1964. An accurate interpretation that he delivers to Claire Foy a Golden Globe in 2017

David Martin is the lead editor for Spark Chronicles. David has been working as a freelance journalist.
Previous who is the pair of the treasure created with the false invoices
Next Does it matter more the number of steps or the speed?