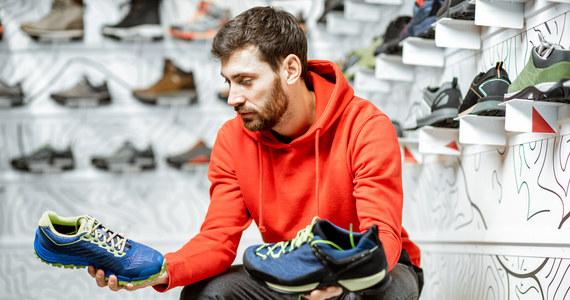 The CSO published data on retail sales and construction and assembly production in October 2021.

The consensus prepared by PAP Biznes pointed to an increase in retail sales in constant prices in October by 6.4% y / y. and a decrease in the average MoM by 2.8 percent.

Below, the data on retail sales dynamics at constant prices in October and September 2021:

Construction and assembly production in October 2021 increased by 4.2%. yoy, and compared to the previous month it increased by 0.4 percent. – reported the Central Statistical Office.

Analysts surveyed by PAP Biznes expected an increase in construction and assembly production in October by 3.3% y / y, and a month-on-month decline by 0.9%.

Below are the results of construction and assembly production in October and September 2021:

Number of apartments, the construction of which began in October 2021, increased by 15.0 percent. y / y and m / m increased by 2.6 percent. – reported the Central Statistical Office.

At the end of October in construction was 883.1 thous. flats, by 5.7 percent. more than a year ago, the Central Statistical Office (GUS) reported.

Share of internet sales in retail sales (in current prices) in October 2021 in Poland amounted to 8.4%, as in September – the Central Statistical Office reported.

According to the Central Statistical Office of Poland (GUS), the highest increase in the share of sales was reported by enterprises classified in the “furniture, radio, household appliances” group (from 16.2 percent a month before to 17.0 percent), and the highest decrease in the “press, books, other sales in specialized” group shops “(from 22.5% to 21.1%, respectively).

The sales share of the “textiles, clothing, footwear” group remained at the same level – 21.9%.

The Central Statistical Office (GUS) reported that in October, compared to September, there was an increase in the value of retail sales via the Internet in current prices by 5.4%.

Sales at constant prices in September 2021 were higher than the year before by 5.1%. (against an increase of 2.5 percent in September 2020) – the Central Statistical Office (GUS) reported. Compared to August 2021, there was a decrease in retail sales by 2.4%. In the period January-September 2021, sales increased by 7.3% y / y. (against a decline of 3.1% in 2020) – Shortages of materials have a negative impact on the economy – economists estimate.

– Summary of the month is strong production, weak retail sales and a weak construction. Big risks for investment activity in the short term – concluded mBank economists.

In September 2021, the largest increase in retail sales (in constant prices) compared to the corresponding period of 2020 among the presented groups was still recorded by entities trading in textiles, clothing, footwear (by 14.5% compared to a drop by 1.7% before year). Higher sales than “total” sales were also observed in the following groups: “other” (by 8.7 percent), “pharmaceuticals, cosmetics, orthopedic equipment” (by 8.2 percent) and “furniture, radio and television, household appliances” (by 8.0 percent). On the other hand, a decrease in sales was reported by entities selling “motor vehicles, motorcycles, parts” (by 4.1%). In September 2021, compared to August this year. There was an increase in the value of retail sales via the Internet in current prices (by 5.0%). The share of this sale increased from 7.9%. in August this year. up to 8.4 percent in September this year.

– Retail sales and construction slowed down in September. Material shortages negatively affect the performance of both sectors.

– Retail sales growth in September slowed down from 5.4 to 5.1%, below market forecasts (5.4%). The CSO comment indicates that the result was still negatively affected by car sales (-4.1%). Sales at petrol stations also increased slower, which is related to the rising costs of crude oil. Clothing sales stood out positively (+ 14.5%) – this is the result of increased mobility and more frequent work in offices than last year. The sale of RTV and household appliances as well as goods classified in the other category (e.g. jewelery, toys for children) was also growing rapidly.

The coming months will probably see a continuation of weaker results in the automotive industry. Car sales will remain low – this trend is compounded by the growing shortage of microchips. We see the effects in almost all EU countries.

Construction and assembly production was a negative surprise. Growth slowed down from 10.2% to 4.3%, well below market forecasts (8.3%). The CSO comment indicates poor results in the construction of buildings and infrastructure investments. The only segment that records high growth is specialist work, including preparatory and finishing works for the construction process and geological works. The surge in material prices is limiting activity – which is already visible in the use of production capacity among the largest companies.

“Retail sales calculated in constant prices increased by 5.1% y / y in September as compared to an increase of 5.4% in August. A factor contributing to the decline in real retail sales was the further strong rise in prices. The retail sales deflator increased in September to 5.7% y / y against 5.0% in August, reaching the highest level in the history of the series.After eliminating the influence of seasonal factors, retail sales in constant prices increased in September by 0.2% m / m, and as a result, its level was 2.8 percent higher than in February 2020, so in the last month in which the pandemic did not have a significant impact on sales yet, “said Credit Agricole bank’s comment to the GUS data.

Credit Agricole economists pointed out that September was the first month in which the dynamics of retail sales was boosted by the low base effects related to the negative impact of the second wave of the pandemic on economic activity in the fall of 2020. In their opinion, this effect, which is positive for the pace of sales growth , will continue in the coming months.

The bank was bogus, and the $ 16 million inheritance for the Pole turned out to be a fraud
MarketNews24

The variety offered by video games never ceases to amaze him. He loves OutRun's drifting as well as the contemplative walks of Dear Esther. Immersing himself in other worlds is an incomparable feeling for him: he understood it by playing for the first time in Shenmue.
Previous The patch for Skyrim Anniversary Edition fixed bugs and broke mods
Next Vuković: If there was a need, I would help Legia until the end of the season