Vivienne Jolie-Pitt, actually Vivienne Marcheline Jolie-Pitt (she got her second name after her grandmother) is her second biological child Angelina Jolie and Brad Pitt. One of the most popular star couples in the world welcomed her daughter and her twin Knox Leon on July 12, 2008 in Nice. Although the actors were not officially married yet, the media constantly wrote about their relationship. From the very beginning, it was known that each of Angelina and Brad’s children would have a completely different life compared to their peers. John – the artists’ firstborn son – had his own wax copy as an infant at the Madame Tussauds Wax Museum. Today Vivienne is almost 13 years old and is starting to move more and more confidently in the world of show business.

$ 14 million for photographs of Vivienne Jolie-Pitt and her brother

Angelina Jolie gave birth to Vivienne Jolie-Pitt and her brother Knox Leon by caesarean section. The famous actress confirmed in May at the Cannes Film Festival in 2008 that she was pregnant with a twin. Not only parents, but also the media were waiting for the birth of Vivienne Marcheline Jolie-Pitt and Knox. Immediately after the big day, the rights to the first photos of babies were bought by “People” and “Hello!” Magazines. Companies paid a total of $ 14 million for them – these are the most expensive photos of celebrity children in history. The money was donated by the couple of actors to charity – including their own foundation. Before the birth of their second biological child, Angelina and Brad decided what names they would be called and that one of them would be given to Angelina’s mother, Marcheline Bertrand, who was also an actress.

Although Vivienne Jolie-Pitt had a photo session as a few days old as a baby, later parents made every effort to raise newborn babies away from show business and paparazzi. Over the years, however, young Vivienne began to appear on the red carpet more and more often with Angelina and Brad.

Many children dream about the start that Angelina Jolie’s daughter had. Vivienne Marcheline Jolie-Pitt has already made her debut on the big screen. The girl starred in the great Disney production of “The Witch”. Vivienne was just under six at the time and starred in the movie with her mother. The daughter of the acting couple played the role of the little princess Aurora. Interestingly, she was already earning three thousand dollars a week.

Vivienne Jolie-Pitt stayed with her mother

After her parents’ divorce on April 12, 2019, Vivienne Jolie-Pitt moved to live with Angelina Jolie. During the trial, the actress demanded the exclusive right to custody of the children. This decision did not appeal to Bard Pitt. Vivienne Marcheline Jolie-Pitt and his siblings should spend as much time with him as they do with his ex-wife. After twelve years of relationship, the star couple began a fight for children.

According to media reports, Brad Pitt preferred that the decision on how childcare would look like should be made between the ex-spouses. However, the case went to court. The first hearing was held in October 2020 after the pandemic pandemic was followed by the future of Maddox, 18, Pax, 16, Zahara, 15, John, 14, and twins Vivienne and Knox. 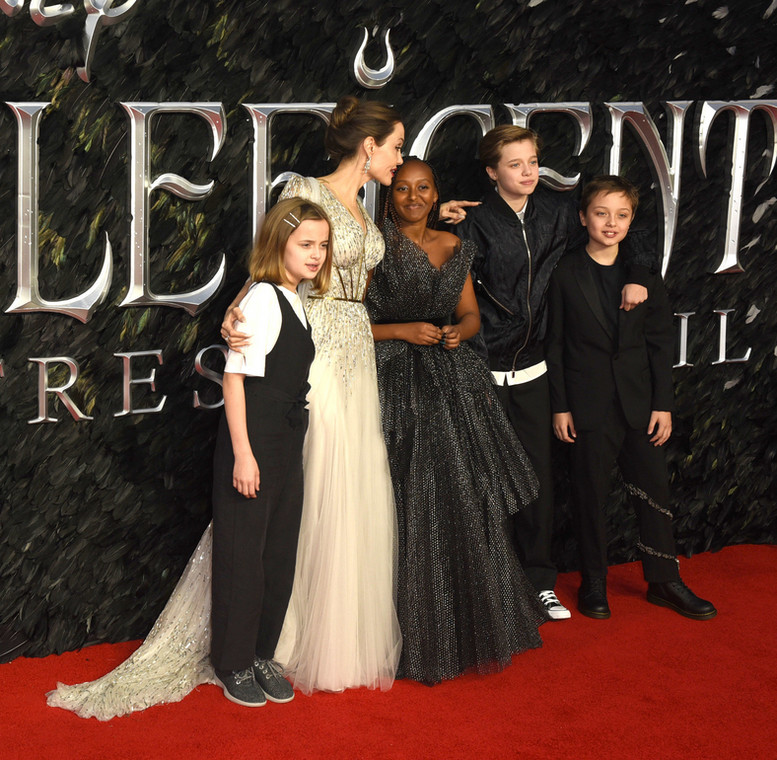 It is worth recalling that since Angelina Jolie filed for divorce in 2016, the star family began to experience an increasing crisis. The actress was supposed to separate the children from their father after Brad was supposed to hit Maddox one day. There were more and more quarrels between the couple. In addition, Brad Pitt has admitted that he is struggling with an alcohol problem. The actor spent a year and a half in therapy for anonymous alcoholics. However, Angelina Jolie received a court order to allow Brad to contact the children in 2018.

It is not yet known which parent will receive full custody of Vivienne Jolie-Pitt and her siblings.. However, it cannot be denied that over the years, the 13-year-old looks more and more like a famous father.