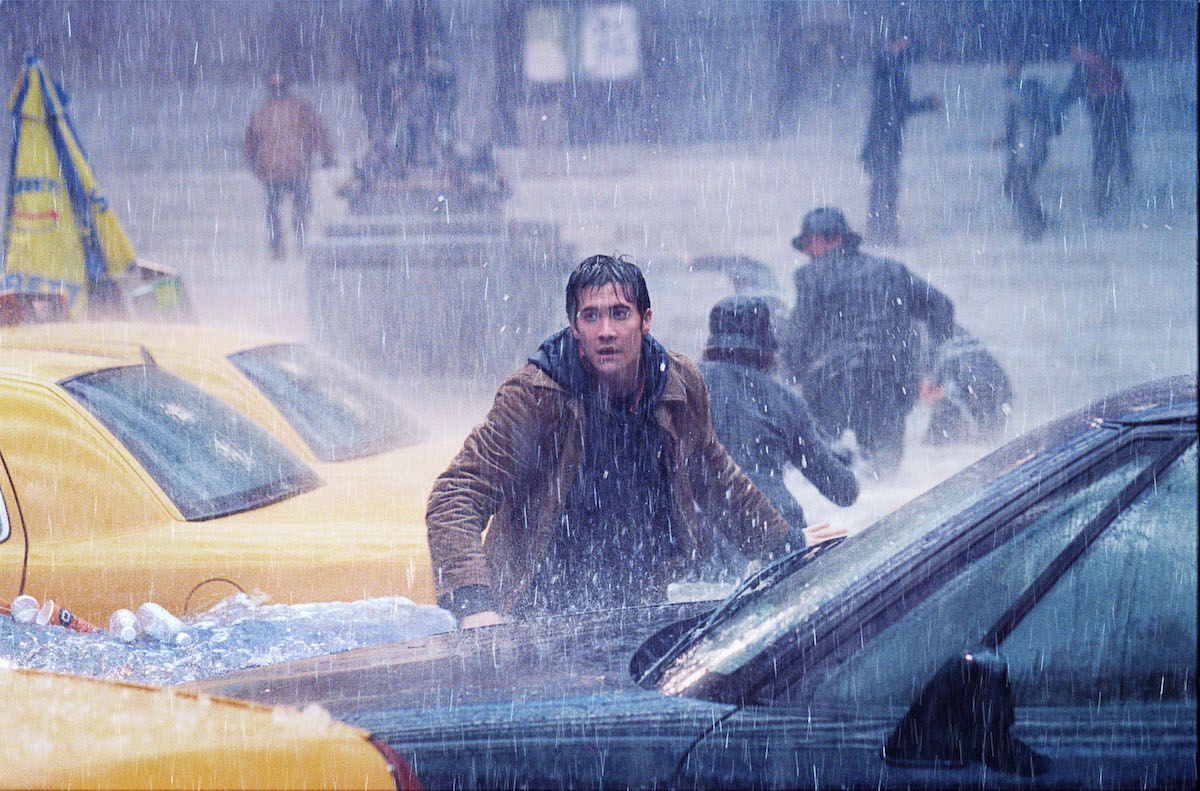 The day after tomorrow, plot and cast of the film tonight on Italia 1

Andin 2004 when, due to global warming, an anomalous wave washed over Manhattan. An apocalyptic scenario that seemed possible only in the cinema: it is the subject of dramatically current film by The day after tomorrow – The dawn of the day afterairing tonight at about 21.25 on Italy 1. Protagonists of the film, directed by Roland Emmerich, Dennis Quaid and Jake Gyllenhall.

The day after tomorrowthe plot

Jack Hall (Dennis Quaid) is a paleoclimatologist engaged in the study of the composition of the Antarctic ice sheets. During one of the searches of him, together with the colleagues Frank Harris (Jay O. Sanders) and Jason Evans (Dash Mihok)attends the detachment of a huge ice pack from Antarcticawith an area equal to that of Rhode Island.

Shortly thereafter, he attended the United Nations conference in New Delhi, India, to communicate his fears about the advent of an ice age. The cause is to be found in global warming which causes the melting of the ice, which pour into the ocean, influencing the direction of ocean currents, essential for climate regulation.

His theory does not meet the acclaim of conference attendees. In particular, not to like is Becker (Kenneth Welsh), the vice president of the United States, not at all impressed by the forecasts. Furthermore, he believes that in economic terms it is not at all worthwhile to allocate resources to climate change, due to the non-linear and not very prosperous trend of the economy.

Jake Gyllenhall in the movie “The day after tomorrow”. (IPA)

Dennis Quaid and Jake Gyllenhall, two heroes ready to save the world

Meanwhile, Hall’s theories begin to take hold within the scientific community and grab the attention of Terry Rapson (Ian Holm), a Scottish scholar with whom the paleoclimatologist establishes a collaboration. On the private front, Jack’s life appears to be at least as fluctuating as climate change. He is married to Lucy (Sela Ward), a surgeon with whom he has a son, Sam (Jake Gyllenhall)who suffers from the absence of his father, constantly engaged in research.

Sam is a bright guy, a lover of studyingready to leave for New York to participate in a school culture tournament with Laura Chapman (Emmy Rossum), the girl he’s in love with, and Brian Parks (Arjay Smith). During the flight, the plane goes through significant turbulence, risking to crash. It is only the first in a long series of phenomena, including the drop in ocean temperature by as much as 13 degrees. Too much for it to fit into the routine. Jack devises an algorithm to make a prediction: the ice age is coming. He goes back to Becker, but again he is not heard.

Immediately after, New York is devastated by continuous torrential rains, until Manhattan is hit by a tsunami. Sam, Laura and Brian, with the help of JD (Austin Nichols), a boy he met at the culture championship, find refuge in the city library. In the rest of the world, the climatic phenomena follow one another in a tight way. Los Angeles is destroyed by tornadoes, a storm arrives in Scotland carrying cold air and causing temperatures to reach -101 ° C. 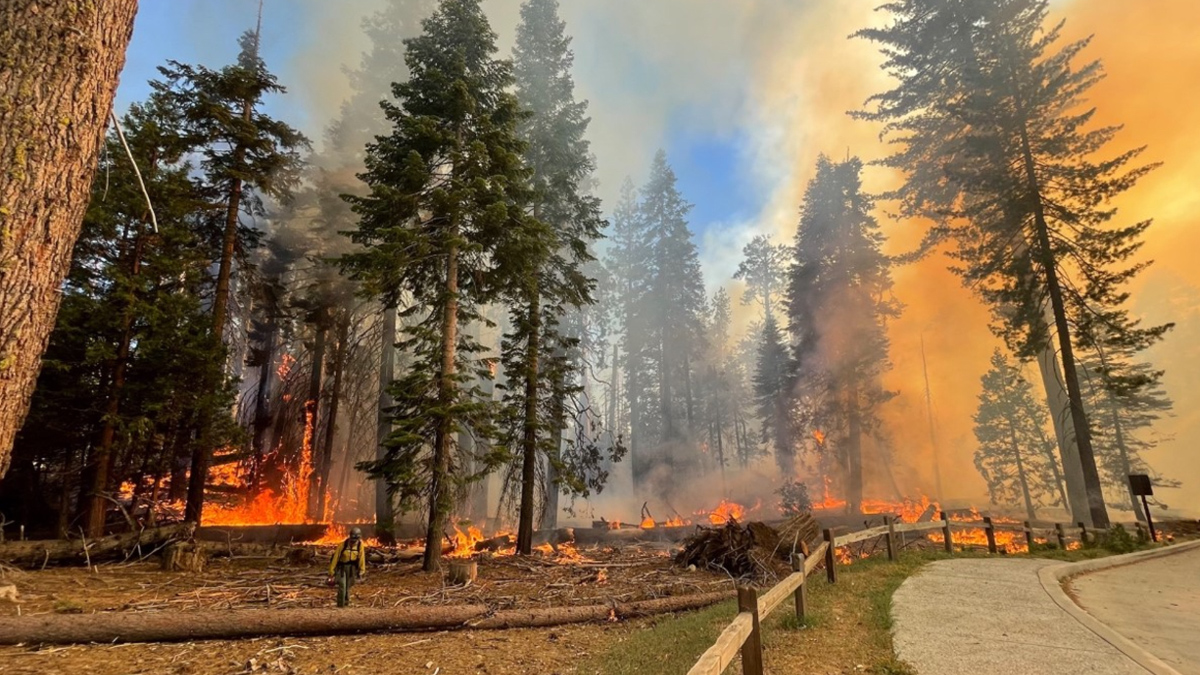 The ending of the film

Sam tells the family that he is fine and Jack advises him not to leave the library. Hall finally convinces President Blake (Perry King), who is preparing an evacuation to Mexico, which is preparing to welcome the US population after obtaining the cancellation of debts. Meanwhile, Sam and the others burn the books to survive the cold. Furthermore, he tries to convince the other refugees in the Public Library not to leave the building.

Not everyone follows the advice and whoever abandons dies shortly after due to the cold. The apocalypse is only just beginning, as a Russian ship runs aground against the library. Meanwhile Laura is injured in the leg and risks septicemia. To save her, Sam goes into the ship’s hold and escapes the attack of the wolves of the Manhattan Zoo. She manages to make it back to the library just before a cyclone arrives. Despite the thousand ups and downs, Jack arrives in New York with his associates, Jason and Frank, but the latter dies falling from the roof of a shopping center.

The two survivors spend the night in the kitchen of a fast food restaurant and save themselves. The scenario that presents itself at dawn the next day is truly apocalyptic. Once they leave the makeshift shelter, they reach the library, where Jack manages to hug Sam. On the political level, it is the beginning of a new phase. The president fell victim to bad weather and the vice president learns his lessonpromising that, from now on, man will respect nature and the planet of which he is a guest.

A scene from the film directed by Roland Emmerich. (IPA)

The climate disasters announced by the cinema

Despite the copious criticisms received from the scientific environment due to the inaccuracy of the information contained therein, The day after tomorrow it is a sobering film. In 2004 global warming and climate change they were, when it came out, a niche theme. They were not considered an urgency, but an exaggeration of a few. The political agendas were focused on something else and it is impressive to note how, in less than twenty years, the film has proved to be partially prophetic.

Of course, it is still a blockbuster aimed at breaking the bank, but it does nothing but show, albeit at an extreme, the consequences of man’s disrespectful attitude towards the planet. On paper it looks like a disaster movie, a science fiction film, but, as always, current events teaches that reality far exceeds fantasy.

Just think of the climate disasters that have hit Italy in recent months. Among all, the storm that hit the Marche last September 16th. A violent flood, which caused 11 deaths and 2 missing. Yet another tragedy that risks not remaining an isolated case, but turning into a sad routine.

David Martin is the lead editor for Spark Chronicles. David has been working as a freelance journalist.
Previous The reverse trend of “uniform suicides”: they drop in the country, they increase among the police. In 2022 there have already been 50 cases in 9 months
Next Super Mario 64: a new level (or what it would have been) discovered after nearly 30 years