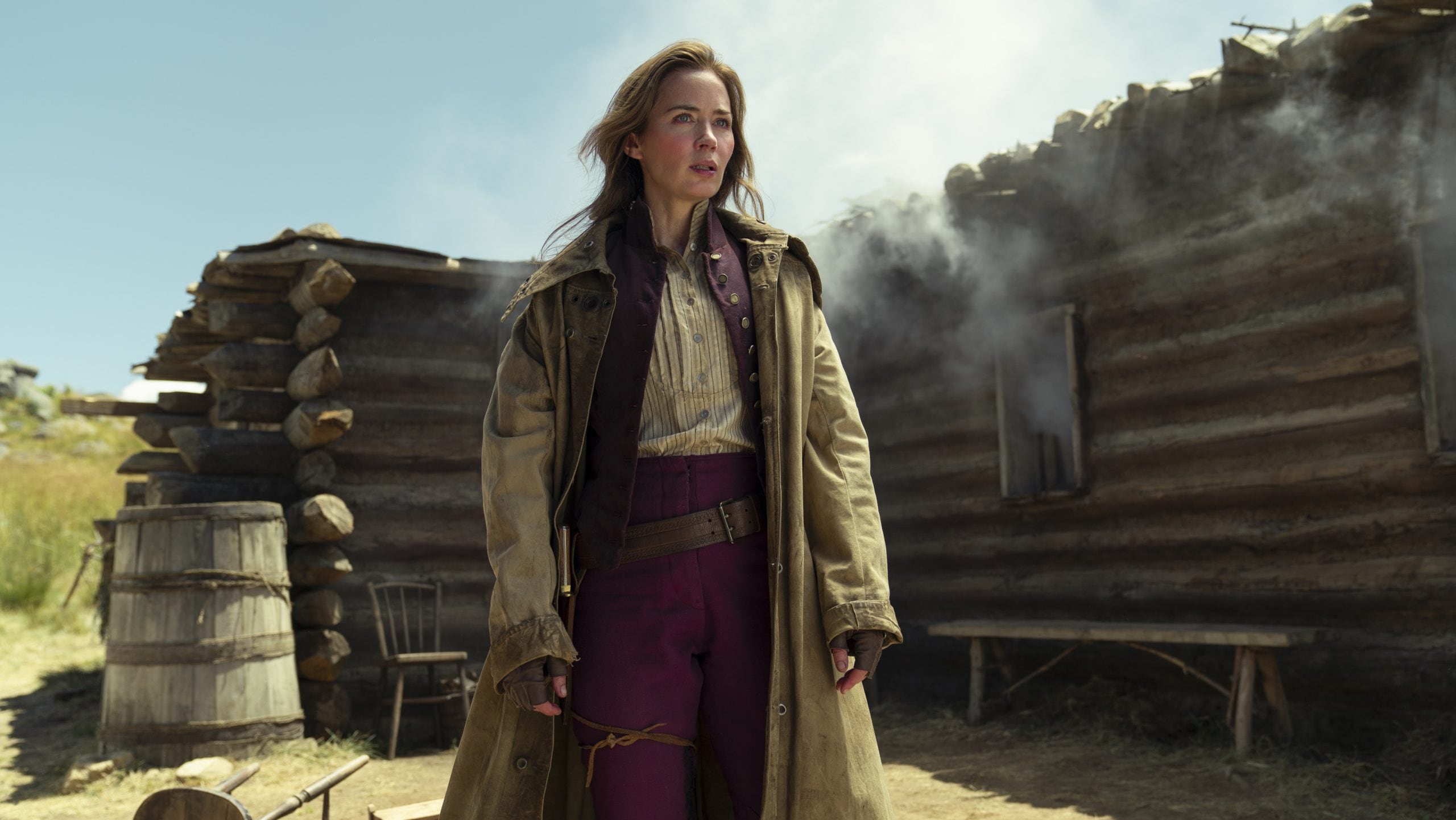 Andmily Blunt is the protagonist of the tv series The Englisha violent western in which she plays the role of an English aristocrat who arrives in America in 1890 to hunt down the man who killed her son.

The English is the new tv series with Emily Blunt which debuts November 11 on the BBC (and Prime Video in the US). Composed of six episodes, it is a western-themed drama that, with central themes of identity and revenge, tells a parable about race, power and love.

The plot of the TV series The English

An English aristocrat, Lady Cornelia Locke, and a former cavalry leader, Pawnee Eli Whipp, join forces in 1890’s America to traverse a land of dreams and blood. They both have a clear idea of ​​what they want but neither is aware of how much their past has much in common. This is the premise of the TV series The Englishin which the two central characters find themselves facing increasingly terrifying obstacles that will put them to the test both psychologically and physically.

Overcoming every obstacle, they arrive at their final destination, the newly founded city of Hoxem, Wyoming. It is here that, after an investigation by Sheriff Robert Marshall and widow Martha Myers into a series of grisly unsolved crimes, the full extent of their story will unravel putting them face to face with the future they must live in.

The actress Emily Bluntleaving the shoes of the loving Mary Poppins, presents himself to the public in a very different guise in the TV series The English. She plays Lady Cornelia Locke, an armed mother seeking revenge in the wild west. “Westerns are a universe I have never professionally moved into before,” said Blunt. “The English tells of a mythical world, built on brutality, loss and the need to reclaim who you are. I was immediately fascinated by the script and the way of combining violent and dangerous aspects with other romantics “.

Cornelia arrives in the American West in 1890. An English aristocrat, she is determined to find the man she holds responsible for her son’s death. On her way to Hoxem, she finds the company of Eli Whipp (Chaske Spencer), a Native American, with whom she embarks on the journey against the backdrop of an increasingly bloody landscape. While a tender feeling also flourishes between the two, an investigation conducted by the Sheriff of Hoxem (Stephen Rea) into a series of crimes puts them face to face with their past, completely disregarded by the spectators.

“What I loved about the TV series The English it’s the mix of funny and brutal, beautiful and violent aspects. It is a real thriller but there is also room for a tender love story ”, the actress pointed out. “The public does not expect Cornelia to be able to deal with everything that awaits her. In her first episode, she sees her getting out of a stagecoach in a beautiful pink lace dress: not exactly ideal for the rough and violent masculine context that awaits her from then on. “

Right from the start, there are many questions that arise: why is Cornelia there? Who is the man you are looking for? What happened to his son? Where does the courage he has comes from? “Cornelia is a woman who carries a secret with her. She is undergoing an extraordinary transformation and what she discovers about herself is a force to be reckoned with, ”Blunt added.

The title of the tv series, The English, derives from the term that was used to refer to American colonists, regardless of the countries they originally came from. Among the many characters that populate the cast, there is also a racist hotelier and a psychopathic businessman, played by Ciaran Hinds and Rafe Spall.

“Ciaran on set was a blast,” recalled Emily Blunt. “I will always remember the scene where we had to swallow prairie oyster together. Rafe, on the other hand, entered the scene as a Ferrari at full speed: his character is lethal! ”.

But let’s see together what are the characters that populate the TV series The English.

A fearless aristocrat, she has suffered a severe bereavement and arrives in the Wild West determined to take revenge on whoever killed her son.

A former cavalry leader, Eli plans to reclaim the lands that belonged to his Pawnee ancestors in Nebraska. He accompanies Cornelia on her quest for revenge.

Irish, he’s the sheriff of Hoxem. He is a peacemaker but is called to investigate a series of grisly crimes.

Intent on making his fortune with livestock farming, he is a psychopathic British businessman with a terrible secret.

With an abusive husband and a troubled past, Martha will go to great lengths to protect her son Jed and his livestock.

A young aristocrat previously committed to Cornelia, he plans to become a “king of cattle” until he finds himself having to manage the reaction of the people.

The English: The photos from the tv series

David Martin is the lead editor for Spark Chronicles. David has been working as a freelance journalist.
Previous The Valditara circular on communism divides principals, trade unions and historians: “Ideological and out of place”, “He did well”
Next here’s what they are and how they work