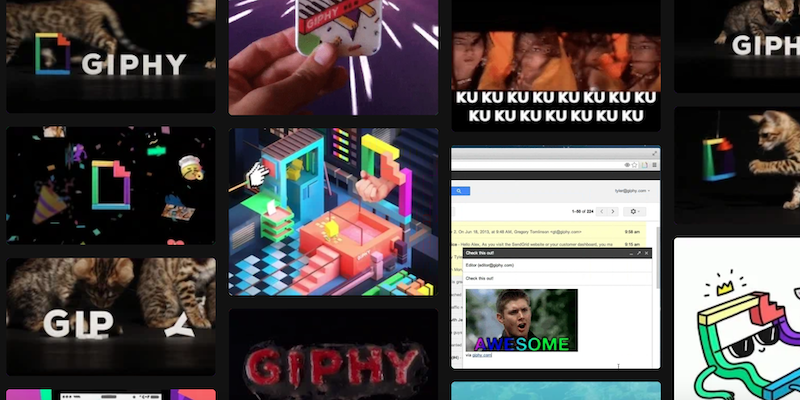 The era of gifs is over

In May 2020, Facebook, which had yet to change its name to Meta at the time, announced that it would acquire Giphy for $ 400 million. Giphy is a service that works as an archive and search engine for gifs, that is, that particular format of animated images that repeat themselves in a loop. When Giphy was born, in 2013, gifs were experiencing a phase of great success, thanks above all to social networks such as Tumblr where they were made abundant use. In the following years they became popular mainly to comment and add color or shades to a post or message written online: a type of use known as reaction gif.

As the Guardian, the advent of faster internet connections, which allowed these images – heavier than the common ones in jpeg format – to be uploaded, had favored its rise, making them “the easiest way to share short clips”. Since then, connections have become even faster and cheaper, even from mobile, favoring the use of real videos, as demonstrated by the success of TikTok, and making gifs less interesting for younger users.

In short, gifs have been central elements in the digital experience of the generation of the so-called millennials (who today are between 25 and forty years old), but they have not done the same for generation Z, that of people born between 1997 and 2012, which consider them outdated. Giphy herself said in an official document submitted to the Competition and Markets Authority (CMA), the UK competition regulator, which a month after Facebook’s announcement of the acquisition in 2020 attempted to block the agreement considering it excessively harmful to competition.

In July 2021, the British authority came to order Meta to sell Giphy, fearing that “the acquisition could be used to ban or restrict access to other platforms and bring more traffic to Facebook, WhatsApp and Instagram”, all property of Meta. Furthermore, according to the CMA, Giphy represented an alternative to Meta’s advertising business, which would be eliminated as a result of the merger.

Last August came the official response from Giphy, who pointed to the growing irrelevance of gifs to mediate with authority: “As a form of content it is out of date, and younger users in particular describe gifs as” cringe “or “As a boomer” », the document reads. The instance also includes data on the decline in uploads of new gifs and new accounts created on the platform. The company also stressed “the absence of suitable interested buyers” outside Meta, meaning that the group that includes Facebook is the only one willing to buy Giphy.

“It is rare for a multimillion-dollar company to openly state that its business is dying because it is simply too uncool to survive,” wrote journalist Alex Hern commenting on the news.

In an article published by Vice last January, author Amelia Tait wrote that “gifs have become boomer” by collecting interviews of some in their twenties who linked the use of these images to the habits of their parents. According to psychologist Linda Kaye, a professor at Edge Hill University, in England, the diffusion of services such as TikTok, which reward “the personalized creation of content”, to the detriment of the reaction gifs, would also have made gifs unrelated to current tastes.

GIFs are an old tool on the web: the format, whose name stands for Graphics Interchange Format, was born in 1987 and has established itself in a digital landscape quite different from the current one, made up of imageboards, forums, blogs and a few social networks. very different from those that are in fashion today. «The gifs are extremely dated. They have never been easy to create and have never worked well on mobile devices, ”explained digital culture journalist Ryan Broderick.

Furthermore, the extreme success of reaction gifs has prompted many platforms to include them in their functions, making them easy to search and publish, also thanks to services such as Giphy. Giphy’s own success also contributed to the format’s decline, leading to “a notable monotony in gif culture,” as written in 2020 by journalist Brian Feldman. “The same principles that apply to Google also apply to Giphy”, according to the author: if a gif is not included in the very first results of a search, it is as if it did not exist. This has flattened and uniformed the landscape of animated images, helping to make them less fun and attractive for new users.

Technological progress has not even managed to solve one of the technical problems that have always plagued this type of format, namely the fact that they have considerable size despite the low-medium quality.

Over the years, gifs have also been at the center of controversy over the alleged racism of some very popular images, in which black people often appear with a dramatic or funny expression. The phenomenon is said digital blackface and points to “the singular and rather prevalent habit by white and non-black people of making anonymous claims of a black identity through contemporary technological means such as social media,” as written by Laur M. Jackson in a 2014 essay published from The Awl website.

Broderick argues that today gifs have boiled down to “that embarrassing image your boss replies with on Slack,” and no longer represent the free and decentralized method of communication they used to be. And he adds: “It’s really sad to think about how gif has been throttled by large corporations, copyright laws and mobile browsers.”

Videogames entered his life in the late '80s, at the time of the first meeting with Super Mario Bros, and even today they make it a permanent part, after almost 30 years. Pros and defects: he manages to finish Super Mario Bros in less than 5 minutes but he has never finished Final Fight with a credit ... he's still trying.
Previous Lotito: ‘With Sarri I chose an idea. The others sold the precious pieces, I kept Milinkovic. And on Immobile … ‘| First page
Next Against the first colds here is a simple but powerful solution: you will see what a remedy