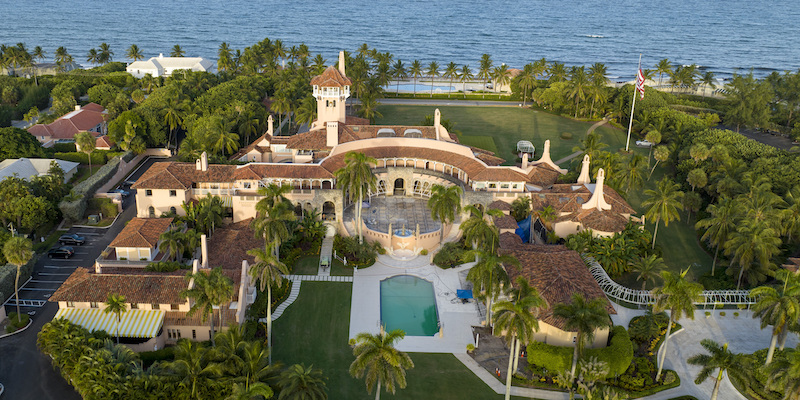 The FBI is investigating Trump for espionage and other crimes

On Friday evening, the documents relating to the warrant that authorized the FBI, the investigative agency of the US federal police, to carry out the search of the villa in Florida of former US President Donald Trump were published earlier this week.

Already in recent days, the main hypothesis was that the search had to do with some confidential documents that Trump seemed to have brought to his private villa at the end of his term. The list of materials taken from the mansion and the details of the warrant highlight that the FBI is investigating Trump in relation to three possible federal crimes: the crime of allegedly concealing confidential documents, that of obstructing justice through the destruction, modification or falsification of documents and alleged violation of the Espionage Act, the federal law that prohibits and punishes any crimes of espionage.

Documents show that from the huge Mar-a-Lago mansion in Palm Beach, which has been owned by Trump since 1985, the FBI has removed more than twenty boxes of classified and classified secrecy documents, which should have been handled. and stored only in government offices. 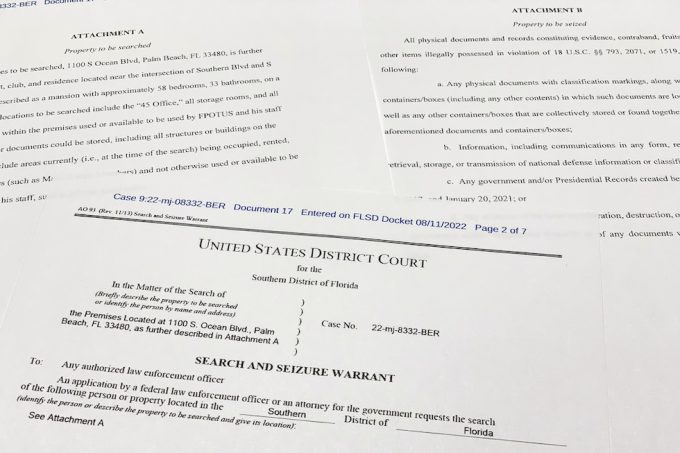 The FBI pulled several documents classified as “top secret” or “sensitive compartmented information”, One of the categories that indicate highly sensitive and confidential information.

Among other things, federal agents also collected documents relating to the presidential order by the pardon of Roger Stone, former Trump adviser, and material relating to the “President of France”, as well as some photo albums, a note written to hand and several boxes of various “secret” and “confidential” documents. 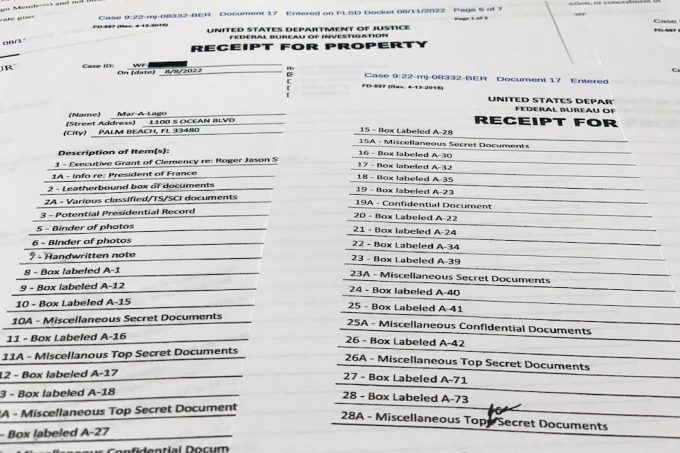 The issue of confidential documents brought to Mar-a-Lago is a matter that has been talked about since last February, when the National Archives and Records Administration (NARA), an agency of the United States government charged with preserving the most important government documents and historians of the country, had asked the Justice Department to investigate a possible illicit use of confidential documents by Trump.

Although much of the material taken by the FBI is classified as “top secret” or “highly confidential”, in a statement shared on Friday, prior to the release of the warrant, Trump claimed that the documents that had been seized by the FBI had already been “All declassified”. He had also said that he would spontaneously turn them over to the Justice Department if asked.

It is currently unclear whether Trump removed the secrecy bond from some of these documents before leaving the White House, as he often did in other cases during his tenure. The investigations will also have to shed light on this point to establish his possible responsibilities.

Videogames entered his life in the late '80s, at the time of the first meeting with Super Mario Bros, and even today they make it a permanent part, after almost 30 years. Pros and defects: he manages to finish Super Mario Bros in less than 5 minutes but he has never finished Final Fight with a credit ... he's still trying.
Previous Mid-August: one out of two Italians traveling. Garavaglia: ‘Record summer’ – Chronicle
Next The most beautiful looks and the hits of Emily VanCamp