The (few) women in post #MeToo blockbusters: what’s the matter?

A few notes on the #MeToo Movement

It is undeniable that, since that October 2017, cinema, but I venture to say the whole world, has changed. The journalistic investigations of Jodi Kantor and Megan Twohey for “The New York Times” (which will be told to the cinema by the film “She Said” Of Maria Schrader) and of Ronan Farrow for “The New Yorker” have uncovered a particularly scandalous Pandora’s Box, that of the repugnant behaviors that the producer Harvey Weinsteinconsidered one of Hollywood’s heavyweights of the last three decades, has been perpetrating for years, forcing young women to have sex with him, with a cruel system of blackmail, harassment and threats.

Beyond the obvious seriousness of the issue itself, the other – disturbing – side of the coin concerns the golden world of Hollywood: how many of our beloved Stars knew? How many have kept silent? How many suspected but did not want, for many reasons, to investigate the matter?

The questions are flocked, and the image that the world of cinema has returned has not been the best. What is certain, and positive, is that since then a historically sexist industry has moved to try to fix, at least in part, the damage to the image deriving from this affair: from equal pay between actors and actresses, passing through the multiple awards given to female directors from all the pillar authorities of the film industry, from the Oscars to the Venice and Cannes festivals. More and more often women’s stories find space, which are welcomed with greater sensitivity than in the past.

Changes take time, you know, but the widespread suspicion is that all too often this change is only a facade, a bit like the blackwashing seeks to undo years of discrimination against black people. And this is even more marked in the field of blockbusters. Remaining in the time frame of the last year, at least three titles come to my mind, two of which are very successful, which are somewhat lacking on the female side.

The premise is obvious: no work is obliged to have numerous and/or interesting female characters within it, but in a world where women and men, numerically, are practically equivalent, it is interesting to note the overwhelming male predominance in the titles I am going to analyse. 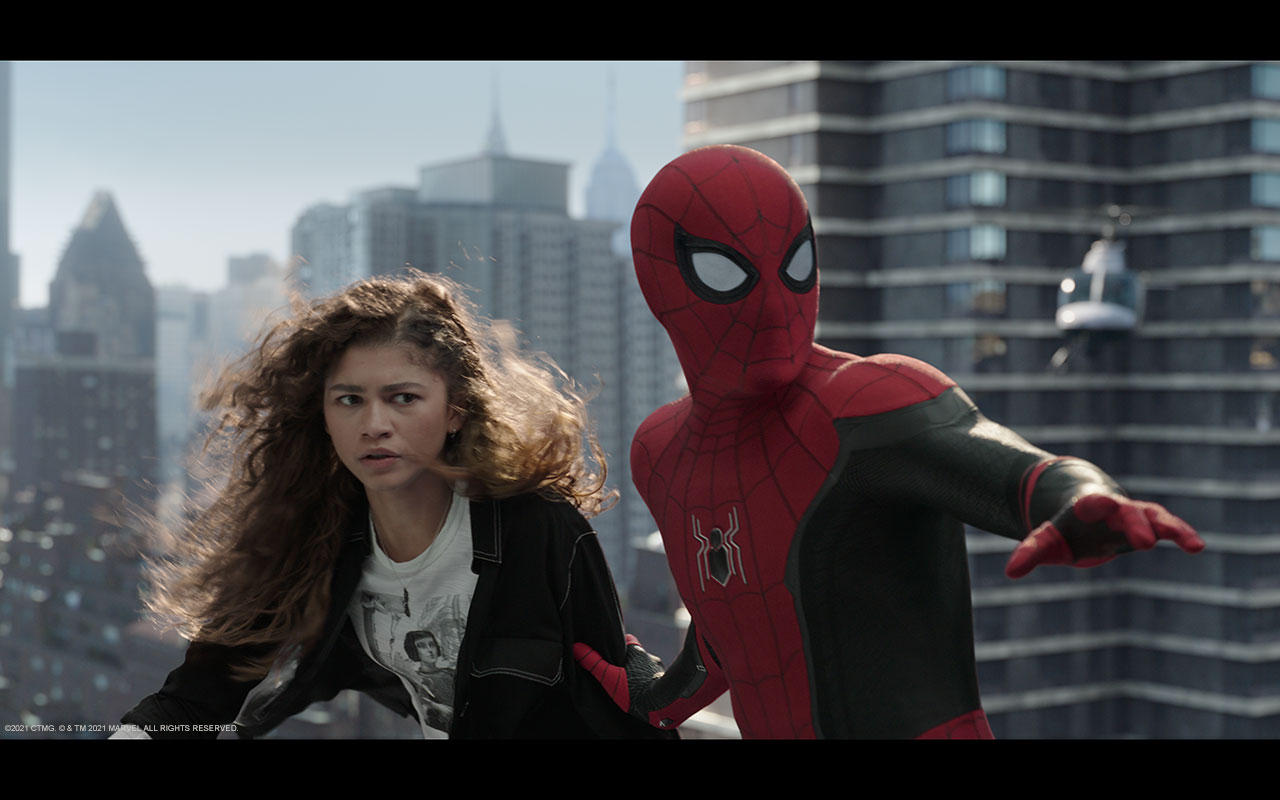 The third chapter of the highly successful Marvel saga, with Tom Holland protagonist and Jon Watts directed, it was a success with audiences and critics that went beyond all expectations. Released in December 2021, it is currently the sixth most successful film of all time, grossing approximately $1.9 billion.

Certainly the idea of ​​making the film a reunion of almost all the protagonists of the previous film adaptations of Spider-Man was a huge attraction for the general public. But the gender disparity in this film is almost impressive: compared to the fifteen main characters present in the film, there are only two women, who moreover fill the most “standard” roles possible: the dynamic and sweet MJ of Zendaya is the romantic interest of the protagonist, the overwhelming Aunt May of Marisa Tomei it is instead the maternal and wise role. Stop.

For the rest, an avalanche of supporting actors, villains or deuteragonists, all men. And yes, the universe of Spiderman comics has many women, obviously starting with the well-known Mary Jane and Gwen Stacy, made iconic by Kirsten Dunst and Emma Stonethat although they were fundamental in the films in which they were the companions, respectively, of the Spiderman of Tobey Maguire and Andrew Garfieldthey have not returned here. Of them, in the film, not even a trace, a cameo. Matthew Vaughnhaving directed and conceived the first two films of the extravagant spy saga “Kingsman“, has decided to offer the public a prequel, set during the First World War, which mixes fictional characters with real historical figures.

After a troubled management and numerous postponements, the film made its debut in cinemas around the world, with little success, between the end of 2021 and the beginning of 2022. Here too, a very large choral cast, and a single woman of prominence. On paper, however, the film presents a rather original and progressive basic idea: the spy network implemented by the Duke played by Ralph Phiennesand which solves almost all the problems of the film, is made up of male and female servants, and the co-stars together with Fiennes, Gemma Arterton and Djimon Hounsouthey play a maid (Polly) and a butler (Shola).

Deconstruction of the social scale, therefore, and a woman and a black butler as helpers to the protagonist: certainly an interesting narrative system, which however, due to the phenomenon mentioned above, seems a bit like a decoy: the screenplay reserves for these two co-protagonists an in-depth study of the personal background that is almost nil, they do not bring with them a story, a signifier that their existential condition in that historical period would certainly have as well.

Polly is presented as the classic woman “with balls”, a trivial expression but one that the screenwriters probably kept in mind when writing it, who takes the situation in hand with biting irony proving to be worthwhile, and acts (obviously, one has to say) love interest for the protagonist.

Otherwise, all the other female characters have laughable screen-time, including Mata Hari from Valerie Pachner.

For such a captivating and controversial historical character, the film reserves only a couple of appearances in its two hours of duration, and in the final confrontation with the protagonist she is defeated in about ten seconds, in a duel certainly not worthy of the legendary figure of this dancing spy. 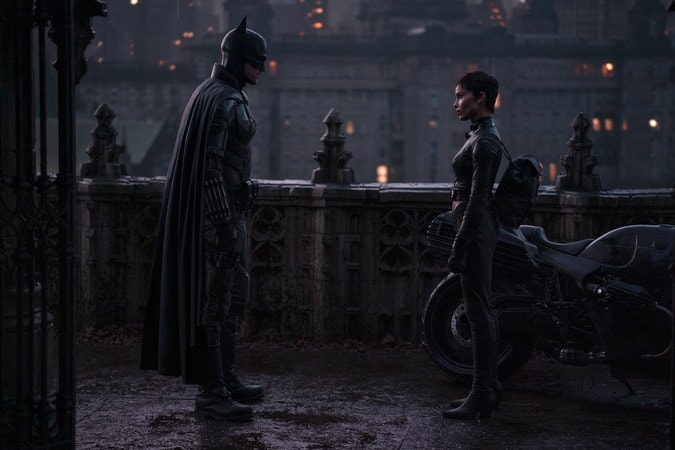 Another superhero, another successful blockbuster: Robert Pattinson lends its face to the new (and yet another) film adaptation of the Bat Man. Directed by Matt Reevesthe film was released in March 2022 and was very well received by critics, the general public and historical fans of the saga, with many of them defining this transposition as the most faithful to the spirit of the character.

Still an ensemble film, based on a narrative universe that has women galore, still an embarrassing scarcity of female characters. There’s Catwoman, played by Zoë Kravitzwho acts as an ally, love interest and – partially – villain, as per the tradition of this multifaceted character, already magnificently interpreted in the cinema by Michelle Pfeiffer and Anne Hathaway. She gets the more melodic part of the plot, with more tears and revelations about her personal and family life.

The other woman in the film is mayoral candidate Bella Reál, played by Jayme Lawson. On paper, for a film that since its announcement presented itself as political, dark and intrigued, the potential was enormous: to transpose into Gotham, a corrupt city par excellence full of crime, an antithetical character, a young black woman (the juxtapositions with Alexandria Ocasio-Cortez were many, at the announcement of the casting) as a banner of salvation and redemption. One could also postpone the umpteenth scarcity of female characters, as long as this potential was exploited. What I bitterly observed, especially since the film is otherwise valid, is that not only does the character in the film have a space reduced to the bone, despite the fact that the political plot is rather developed, but only through male characters, but essentially all that we are told about her is…indeed, that she is young, black and progressive. No other flashes, two cross dialogues so rhetorical and lazily written that they seem taken from any political talk show, and nothing else.

Mirror and decoy is an understatement. Proof of this is that, in discussing the film with other film students, the response to these observations was that, if anything, the film proved to be quite progressive by having a black woman as mayor in it. What to want more than that?

More than that, I would like to understand why women in these projects (I have given three recent examples, but there are many cases) are present with a dropper, treated as endangered species, sipped. And they assume multiple narrative loads that the films, in the case of men, have no problem spreading over 3, 4, 5 characters.

What is the logic behind it? Do market surveys suggest that movies sell better if the male-to-female ratio is 9:1 or so? Or is there a problem in the script, direction and production (almost always all male) that really struggles to give the female gender a worthy representation in this film genre?

I said at the beginning that things need time to evolve, and perhaps the process is simply ongoing. Hopefully things will change shortly, and the recent forays of established female directors such as Patty Jenkins and Chloe Zhao in the world of superhero blockbusters could be forerunners in this sense. I hope so.