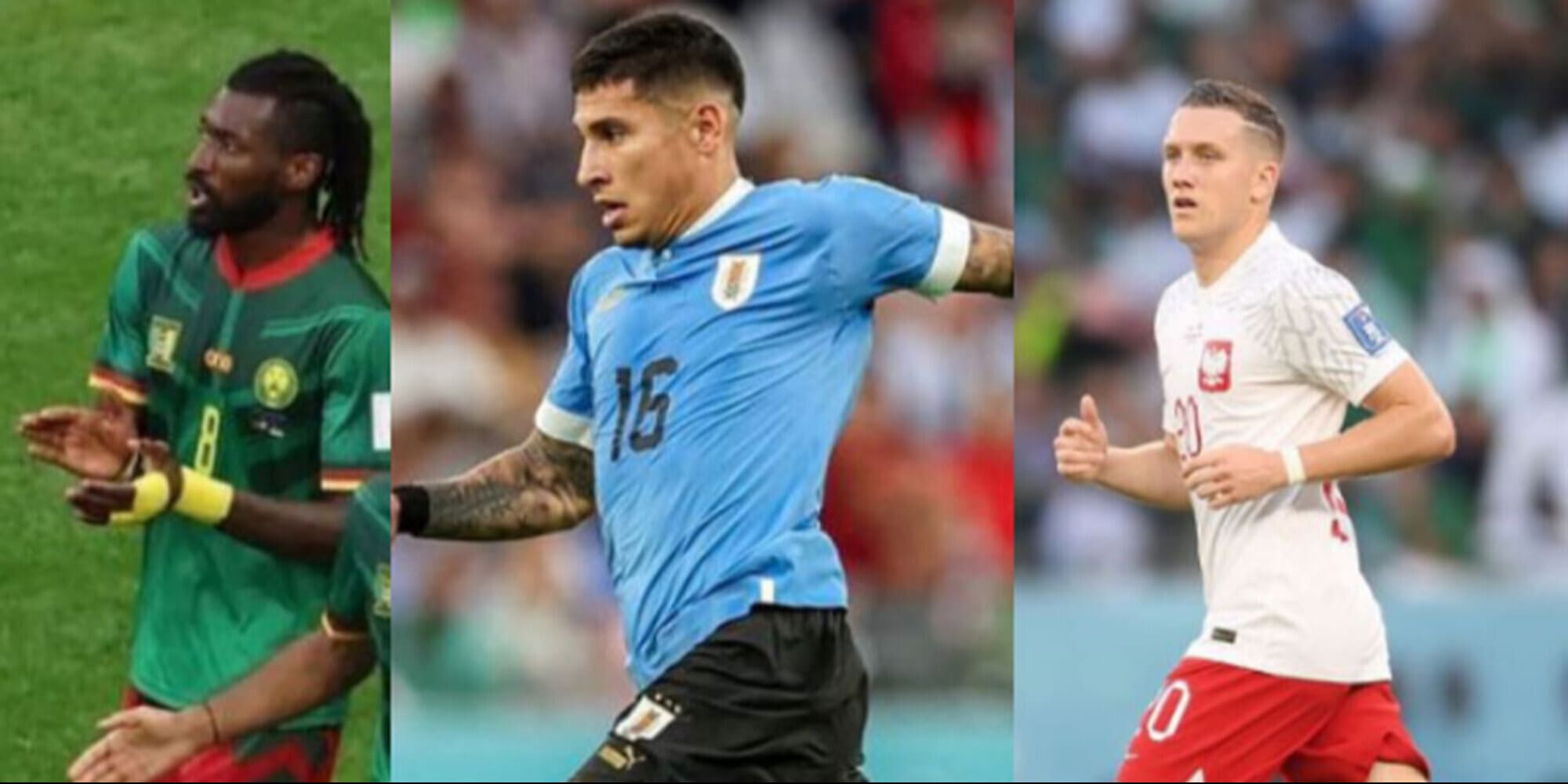 the five of Naples hanging by a thread

Good news (or bad, depending on your point of view) for the Napoli fans who are following the World Cup with particular attention to the five committed blue players, but also for Luciano Spalletti, who hopes to welcome their boys back as soon as possible, but above all without injuries. In light of the results of the first two days, in fact, the “platoon” will shrink by at least one unitwhile in the worst case all five players could be eliminated already after the group stage, without accessing the round of 16.

Cameroon, the charge of Anguissa: but the round of 16 is a mirage

The Cameroon from Zambo Anguissawho boosted the group with a post on Instagram (“Proud of this team. We will continue to fight”. “Proud of this team, we continue to fight“), stopped the black series of eight consecutive defeats in the final phase of a World Cup thanks to the 3-3 draw against Serbia, but seems to be on the way to elimination: coach Song’s team, last with a point together with Serbia against the three of the Swiss, in fact, it would be necessary to beat the Brazil in the last round and hope Serbia and Switzerland draw to secure second place in Group G.

Olivera and Kim: (at least) one is too many

An almost desperate undertaking, also by virtue of the calendar, of the same tenor as the one awaiting the South Korea from Kim Min-jaedefeated 3-2 by Ghana in the second game, stopped at one point and now called to bat the Portugal on the last day hoping that Ghana (3 points) won’t win againstUruguay (stopped at the draw against the Koreans) so as not to have to resort to goal difference. However, the certainty is that at least one of the five Napoli players involved in the World Cup will say goodbye to the tournament at the end of the first phase, since with Portugal already qualified in Group H there will be room for at most one between South Korea and Uruguay Mathias Olivera, now however both behind Ghana. In the long distance play-off against Korea, Celeste will qualify if they win against Ghana and Korea fail to win.

Qatar 2022, Lozano and Zielinski towards a long-distance playoff

So the team closest to qualifying among those that see Napoli players among the squad is Poland from Piotr Zielinskiwho scored in the crucial victory over Saudi Arabia (Group C) and starred in another remote “derby” with the Mexico by Hirving Lozano: to fly to the round of 16, which they have been missing since 1986, for the Poles, now first in the group with 4 points together with Argentina, but ahead on goal difference, it will be enough not to lose against Argentina. On the other hand, the situation of Martino’s team, one of the three teams, was complicated still no goals scored in the World Cup together with Tunisia and Uruguay itself: Tricolor, which passes the first round of the editions in which it has participated since 1978, will go to the round of 16 in case of success against Saudi Arabia provided that Poland-Argentina does not finish, while in case of X between in this last match it will be necessary to resort to goal difference, which currently sees Mexico at -2.

David Martin is the lead editor for Spark Chronicles. David has been working as a freelance journalist.
Previous Johnny Depp will return to court. Again
Next Scarlett Johansson will star in La Giusta Causa, a new Amazon miniseries | TV