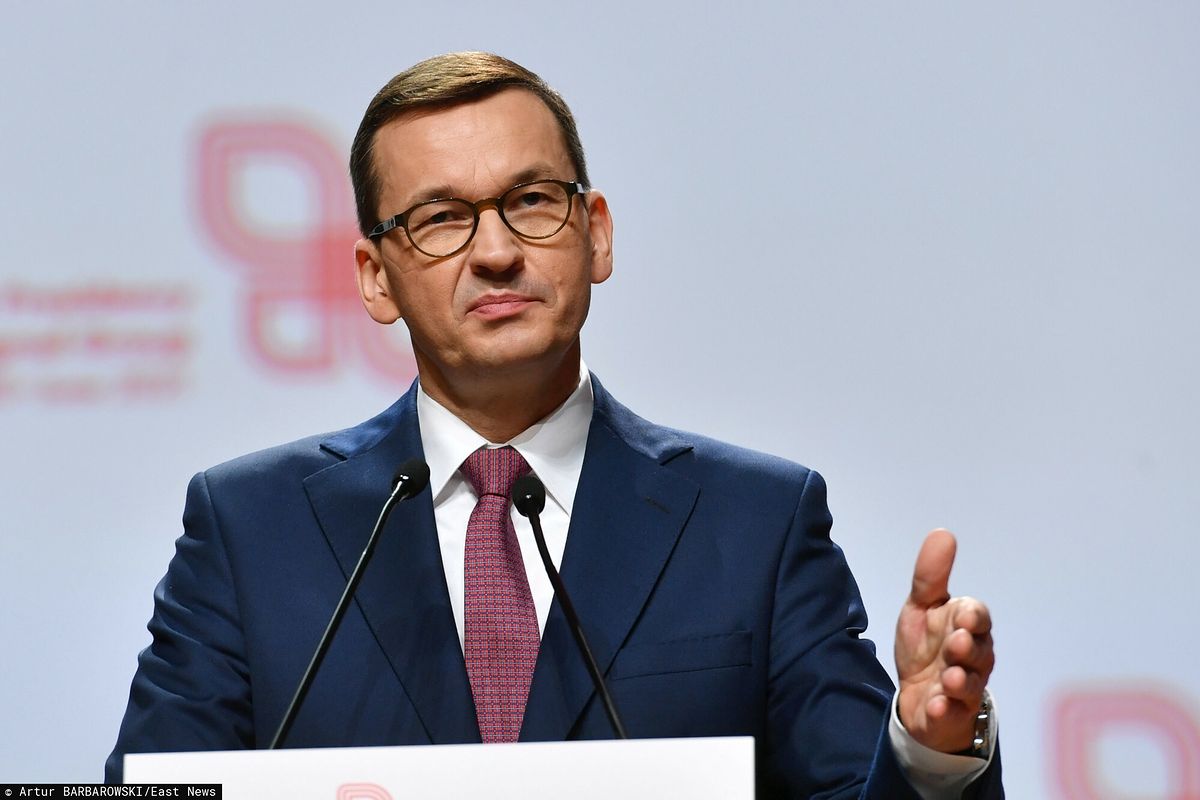 The government billions pumped into the economy paid off. Will we pay for it with high inflation?

PLN 187 billion – according to the government portal gov.pl, companies from ZUS, the Polish Development Fund, Bank Gospodarstwa Krajowego, the Ministry of Labor and the Industrial Development Agency in total received during the pandemic. Initially, i.e. in 2020, the Minister of Family and Social Policy, Marlena Maląg, said that this money allowed for the maintenance of 5 million jobsbut at the end of 2021, when aid to entrepreneurs was no longer conditional on maintaining jobs, she indicated that it was “several million”. How much exactly, she did not say.

See also: Government misrepresentation on tax reform. The minister straightens: they are going to align

KIG experts noticed that some of those who were saved by the government in spring 2020 by flooding companies with money, lost their jobs as early as in the autumn of 2020, when money was allocated to entrepreneurs according to stricter criteria.

Do we owe the record low unemployment (currently at 5.4%), which the PiS government is constantly praising for, to reprinting money for anti-crisis shields, and the price of this success is raging high inflation in Poland? How many are really saved thanks to this help, and what do we have of it today as a society?

Prof. Paweł Wojciechowski, former finance minister, has no doubts that flooding the economy with “empty money” during the pandemic was mainly aimed at stimulating consumption, and thus saving state revenues, and not saving jobs. Lower unemployment is a side effect of this measure.

– Since the government made decisions to block the economy, often ill-considered and excessively restrictive, it also had to introduce shields so that it would not fall into a deep recession – explains the professor in an interview with money.pl.

According to prof. Wojciechowski, if money had not been printed to help companies, even those that had no prospect of survival, the situation would be much worse today, because there would be an economic collapse caused by the mass collapse of many companies in a short time. And thanks to the shields, this process was spread over many months.

– Anti-crisis shields limited the rise in unemployment, but a side effect of this intervention was further dependence on the state, which distorts competition, resource allocation and generally does not serve the healthy development of the economy – says the economist.

The former minister of finance also comments on the latest report by the Coface business intelligence agency on the insolvency of enterprises in Poland in 2021. This document confirms that last year the number of insolvencies increased by 71%. compared to the crisis year 2020. According to prof. Wojciechowski confirms this thesis that public money was also used to artificially keep zombie companies alive and postponed what was inevitable.

This also confirms the thesis that we have lived so far in a glass bubble (made with the help of shields), which had little to do with reality, and now it has burst and the market is clearing up.

According to the authors of the report, the increase in bankruptcy of companies is noticeable in all sectors of the economy. At the same time, the popularity of simplified bankruptcy procedures is also growing.

More than half of the cases in 2021 did not go through the courts. Such a legal possibility opened for companies as early as June 2020, when a provision was introduced in one of the covid acts allowing the opening of restructuring proceedings by announcing it in the Court and Economic Monitor and not registering it in court.

Millions suffer for a million?

If we accept the calculations of the Polish Chamber of Commerce, we come to the conclusion that maintaining one job cost the taxpayer an average of PLN 187,000. zloty. However, the chief economist of the Polish Chamber of Commerce, Piotr Soroczyński, believes that such a calculation is not true, as the value of aid per job is very difficult to estimate.

Soroczyński also says that Equating the sign of an equality between the printing of money on the dials and the increase in inflation is fraught with a high risk of erroras it does not work like a regular slot machine. – Inflation in Poland is costly. This means that production factors (i.e. resources and services used in production – editor’s note) become more expensive. All at once. I do not see the effect of helping companies, says the chief economist of the Polish Chamber of Commerce in an interview with money.pl.

According to Soroczyński, this time Poland had a different situation than, for example, in 2000, when the state closed its eyes and pretended not to see the crisis, and companies were allowed to fail en masse. Now, as our interlocutor claims, this scenario has not been repeated. And thanks to this the “patient”, that is the economy, survived the operation. This time it was possible to maintain both the production capacity and, above all, the “tax base”.

It happened so, inter alia, because the state has helped our industry to keep jobs in times of dire uncertainty. – If you have a small restaurant, you can replace it with a new one within a few days to a month when the staff becomes vacant. In the case of a locksmith workshop of a dozen or so people, completing the crew again may take about half a year, but even two years for large industrial plants – says Soroczyński figuratively.

He reminds that it was thanks to the help of shields that industrial plants that were not subject to lockdowns, but suffered from significant drops in orders, were able to keep their crews. And this allowed them to go straight as early as June 2020, while in other Western European countries it did not happen until late autumn 2020.

According to Soroczyński billions of zlotys pumped into companies brought the expected result, because today, instead of two million unemployed in labor offices, there are slightly more than 900,000 unemployed. In addition, the two million figures in the statistics could hold out for a few more years.

Low unemployment – what does it result from?

Andrzej Kubisiak, deputy director of the Polish Economic Institute, admits that the side effect of shielding the labor market is, however, increased inflation. On the other hand, we have the highest number of working people in the entire history of Poland, amounting to 16.8 million people.

– This means that the decline in unemployment in Poland was followed by an improvement in professional activity and an increase in the share of people working in the market – comments Kubisiak for money.pl.

Izabela Leszczyna, KO MP, former deputy finance minister, sees it differently. On her Twitter account a few days ago she wrote: “there is no unemployment not because of the actions of the PiS government, but because professional activity in Poland is lower than the EU average“She also cited Eurostat data, which shows that 74% of Poles are economically active in the 55-59 age group, while the EU average is 83.1%.

Also prof. Wojciechowski admits that the level of professional activity of Poles is still too low, especially in the group of people aged 50+. In addition, excess deaths in the pandemic reduced labor resources, especially among the elderly, but also among women – especially those planning motherhood.

– The government has no idea for professional activation of any of these social groupsas well as reducing the growing workforce gap, which has accelerated as a result of demographic change, but also a pandemic, the economist says.

According to the professor, with limited labor supply and simultaneous stimulation of consumption, we are at risk of an inflation and wage spiral in the short term.

In the long run, however, such a development model may be threatened by a gradual loss of competitiveness of the economy, especially when wages start to rise faster than labor productivity.

The variety offered by video games never ceases to amaze him. He loves OutRun's drifting as well as the contemplative walks of Dear Esther. Immersing himself in other worlds is an incomparable feeling for him: he understood it by playing for the first time in Shenmue.
Previous Horizon Forbidden West – confusion with early version
Next RB Leipzig beats Borussia Dortmund’s offer. The bidding for Cho continues