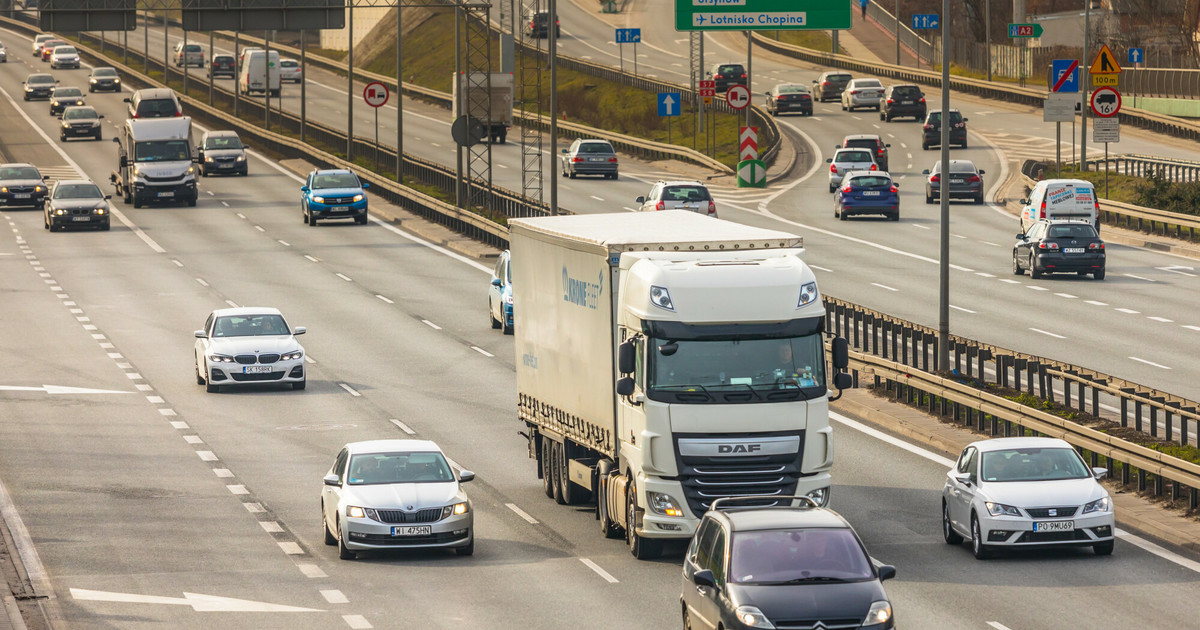 The government is looking for money. There will be more toll roads for trucks

– The toll network for heavy goods vehicles operates today for approximately 3,700 km i it has not been expanded since 2017. In the meantime, the National Road Fund was fed with revenues and financed the implementation of a large investment program consisting mainly in the construction of expressways and some highways. So in the meantime, we have already built 1,500 km of expressways and motorways, which are in operation (…) and could be subject to tolls, but they are not yet – said Waszkiewicz.

– We have identified these 1,500 km of roads for the first extension of the electronic toll system for heavy goods vehicles we want it to happen in 2022 – added.

See also: We drove the A2 motorway after the changes. We fell into an application trap

The director recalled that the new e-TOLL toll collection system, based on satellite positioning technology, has been operating independently for four months. It replaced the earlier viaTOLL system, which used the technology of short-range communication.

Waszkiewicz also informed that the Ministry of Infrastructure is currently preparing a notification of a new toll collection network for heavy goods vehicles, which will be sent to the European Commission.

– After obtaining approval, in this notification we send information about the entire new system about the entire existing network and the future planned toll collection network. We focus on highways and expressways already built and those to be built by 2030 as part of the National Road Construction Program – said the director.

Waszkiewicz explained that the technical structure and technical functionalities of the e-TOLL system make it possible to quickly and efficiently expand with limited costs compared to the previously operating viaTOLL system.

The variety offered by video games never ceases to amaze him. He loves OutRun's drifting as well as the contemplative walks of Dear Esther. Immersing himself in other worlds is an incomparable feeling for him: he understood it by playing for the first time in Shenmue.
Previous NATO urges Russia to withdraw troops from Ukraine, Georgia and Moldova
Next Scientists did not want to study the virus leak theory from the laboratory