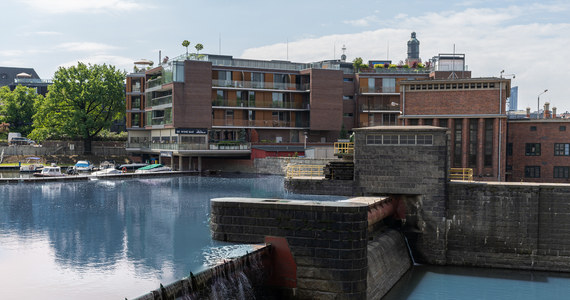 The hydroelectric power plant in Wrocław will be modernized

Tauron, with the support of the National Fund for Environmental Protection and Water Management, will modernize the Wrocław II hydroelectric plant. The entire project amounts to over PLN 18 million, of which over PLN 6 million will be obtained from co-financing.

– Undisturbed electricity supply is the basis of the economy and everyday life of each of us. Hydropower can significantly increase the stability of the Polish power system in a situation where the share of renewable energy sources in the Polish energy mix is ​​growing dynamically. That is why such investments as the one in Wrocław are crucial for the National Fund for Environmental Protection and Water Management, the main institution financing the energy transformation, emphasizes Artur Michalski, vice-president of the National Fund for Environmental Protection and Water Management. – In the last few years, we have managed to develop a RES-based prosumer energy sector, at the same time we have to support investments that – like the Wrocław hydroelectric power plant, allow us to stabilize the power system and are environmentally friendly – adds Vice President Michalski.

According to the assumptions, the works will contribute to an increase in electricity production in the power plant to approx. 5.5 GWh per year. Thanks to the works carried out, the technical condition of the infrastructure will be improved, as well as the safety of production and operation of the power plant. In addition, the project provides for full automation of turbine sets and the operation of the grate cleaner. The project will be completed by the end of April 2024.

– Investments in renewable energy units, including those already included in the Group’s energy mix, are one of the priorities of Tauron’s Green Return. The modernization of the Wrocław II hydroelectric power plant will lead to a decrease in CO2 emissions in the energy balance by nearly 120 tons per year, says Artur Michałowski, acting president of the management board of Tauron Polska Energia.

The scope of work includes, among others modernization of turbine sets no. 5 and 6, technical infrastructure, flap weir and grate cleaner. In addition, the historic building of the power plant itself will also be renovated.

The Wrocław II unit is located on the Kępa Mieszczańska promontory, one of the islands on the Odra River. It was established in 1925 and due to the type of hydrotechnical structures, architecture and equipment of the engine room, it is treated as a model technical and functional solution of a professional hydropower plant from that period.

The architecture of the facility, also known as the Northern Power Plant, is an example of the “Neues Bauen” style of the 1920s. It is characterized by a natural brick façade, concealing a reinforced concrete structure. Inside, two vertical-axis Francis turbines with Siemens generators from 1924 are installed.

– This modernization is another example of good practice of combining tradition with modernity. While maintaining the historical and architectural values ​​of the facility, we will achieve an increase in electricity production compared to the current state. Thanks to the works carried out and the introduced automation, we will improve the technical condition of the facility and the safety of production. TauronA’s Green Return is a sustainable development strategy that pursues business goals with respect for natural, historical and cultural aspects, explains Przemysław Mandelt, President of the Management Board of Tauron Ekoenergia.

Tauron operates 34 hydropower plants, 11 of which are reservoir and 23 run-of-the-river plants. In addition to generating electricity, 8 out of 11 reservoir facilities play a key role in the flood protection of the regions in which they are located, i.e. in the territories of Dolnośląskie, Opolskie and Małopolskie voivodships.

The installed capacity at TauronA hydroelectric power plants is 132.944 MW. The Group’s annual average hydropower plants generate nearly 358,000 MWh of electricity, which covers the annual demand of over 140,000 households

The EEA Grants represent the contribution of Iceland, Liechtenstein and Norway to creating a green, competitive and inclusive Europe. There are two general objectives: reducing economic and social inequalities in Europe and strengthening bilateral relations between donor states and the EU-15 countries in Central and Southern Europe and the Baltic Sea area. The three Donor States work closely with the EU under the Agreement on the European Economic Area (EEA). Donors contributed EUR 3.3 billion as part of successive fund programs in 1994-2014. EEA funds for 2014-2021 amount to EUR 1.55 billion.

The priorities for this period are:

The EEA Grants are jointly financed by Iceland, Liechtenstein and Norway, whose contributions are based on their GDP. Eligibility for the funds results from meeting the criteria set out in the EU Cohesion Fund for Member States where gross domestic income per capita is less than 90%. the EU average.

Will the answer to the Polish Order be the establishment of foreign companies?
MarketNews24

The variety offered by video games never ceases to amaze him. He loves OutRun's drifting as well as the contemplative walks of Dear Esther. Immersing himself in other worlds is an incomparable feeling for him: he understood it by playing for the first time in Shenmue.
Previous Oukitel RT1 – armored tablet with a powerful battery and Dual SIM. Mega cheap on Black Friday
Next Polish women at Euro 2025 can play without elimination. The Polish Football Association presented the details of the Polish representation