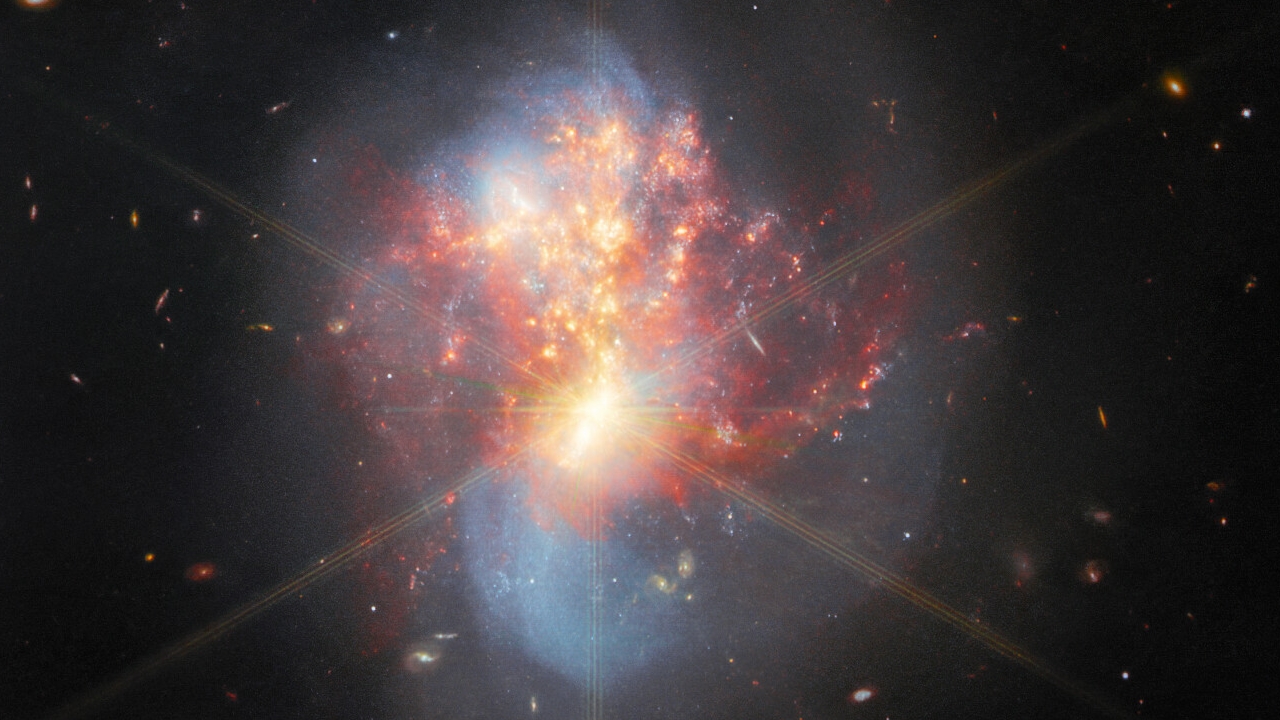 In the latest analyzes of the James Webb space telescope, about which we wrote a few days ago, the NIRSpec instrument was used to observe a quasar around which there are at least five galaxies (11.5 billion light years away from Earth). But the new scientific tool “does not take breaks” and scientists are continuing to use it to capture new images of the Universe. The latest news concerns the objects called IC 1623 that I am two galaxies which are located 270 million light years from our planet in the constellation of the Whale.

It is about galaxies details as they are in a phase of merger between them to create a new one. Not a rare event in itself as phenomena of this type are known in other portions of the sky. However, these are very interesting events that allow us to understand the interaction between such large clusters of matter and how they can model each other. A similar fate will befall the Milky Way when it merges with the Andromeda galaxy in at least four billion years.

As reported in the official description of the image of IC 1623 captured from JWSTthe merging process between the two galaxies triggered an effect known as starburst which leads to a strong acceleration in star formation within them. From the calculations it would seem that the stars are formed at a speed of twenty times higher than that of our Milky Way. 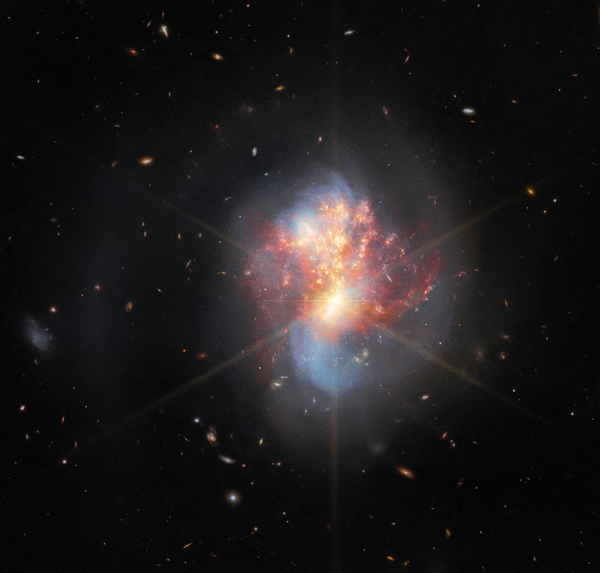 The JWST image, click on the image to enlarge

Thanks to the phenomenon of galaxy fusion, IC 1623 particularly emissive in the infrared and therefore the “target” ideal for the James Webb space telescope. To be able to capture every facet of the event, different instruments were used which the telescope has such as NIRCam, MIRI And NIRSpec so as to collect as much data as possible. In particular, wavelengths at 1.5 μm, 2 μm, 3.56 μm and 4.44 μm were captured for NIRCam by assigning the colors blue, magenta, green and red. For MIRI, on the other hand, the wavelengths were 5.6 μm, 15 μm and 7.7 μm, assigning the colors yellow, orange and red. 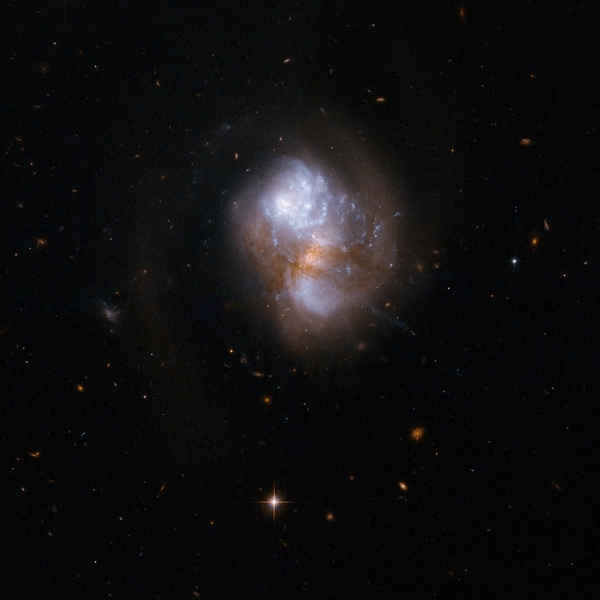 The image captured by the Hubble earlier

As has already happened in the past, the data collected by JWST can be coupled to those of other telescopes and observation systems, such as the Hubble Space Telescope with its WFC3 camera (which for “the sight” partially hidden by dust). Scientists note that IC 1623 it could also lead in the future to the formation of a supermassive black hole when the process is completed.

In the central area it is also possible to notice the typical structure given by diffraction which is represented as a six-pointed shape. The motivation linked to the data of the hexagons that make up the main mirror of the James Webb space telescope while other less visible structures are linked to the support of the secondary mirror.

He likes dogs, pizza and popcorn. Already a fanboy of Nintendo and Sony, but today throws anything. He has collaborated on sites and magazines such as GameBlast, Nintendo World, Hero and Portal Pop, but today is dedicated exclusively to Spark Chronicles.
Previous Don’t worry darling: here are the first ten minutes of Olivia Wilde’s film | Cinema
Next comes the hard punch on cars – Libero Quotidiano