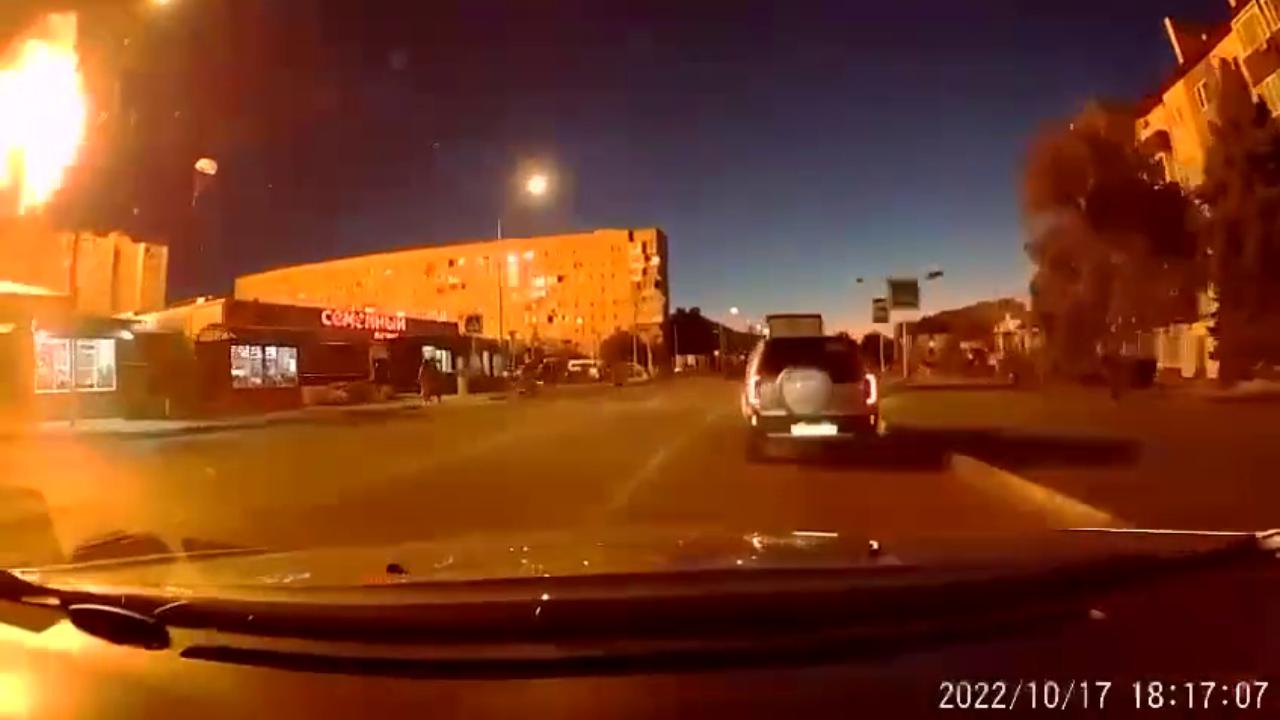 The impact of the bomber against the building

A new video makes the incident that took place on October 17 in Yeysk, in a Russian region on the Ukrainian border, even more horrifying. Shows the impact of a Sukhoi 34 fighter-bomber against an apartment building. The plane glides into the building and explodes, engulfing five floors in flames. On the right you can see the parachute of one of the two pilots, who managed to launch with the ejection seat. The Sukhoi had taken off shortly before for a mission to Ukraine: it had full tanks and wings full of bombs. 15 people, including three children, died in the stake, and dozens more were burned. The Russian authorities have opened an investigation to ascertain the causes of the accident: according to the pilots, the engine had problems immediately after the departure and they headed towards the Sea of ​​Azov, then when the reactor started to burn they launched with the parachute. Yesterday another similar fighter, a Sukhoi 30, crashed in a residential area of ​​Irkusk, Siberia: according to official reports, only the pilots were killed. These dramatic episodes testify to the difficulties of the Russian aviation, which struggles to manage aircraft maintenance: there are shortages of spare parts, partly linked to the wear and tear caused by combat missions; partly due to the embargo that blocks the importation of materials.

Videogames entered his life in the late '80s, at the time of the first meeting with Super Mario Bros, and even today they make it a permanent part, after almost 30 years. Pros and defects: he manages to finish Super Mario Bros in less than 5 minutes but he has never finished Final Fight with a credit ... he's still trying.
Previous 155 million in fictitious capital gains contested against Juventus
Next Vanessa Hudgens drives a Maserati MC20 in Los Angeles