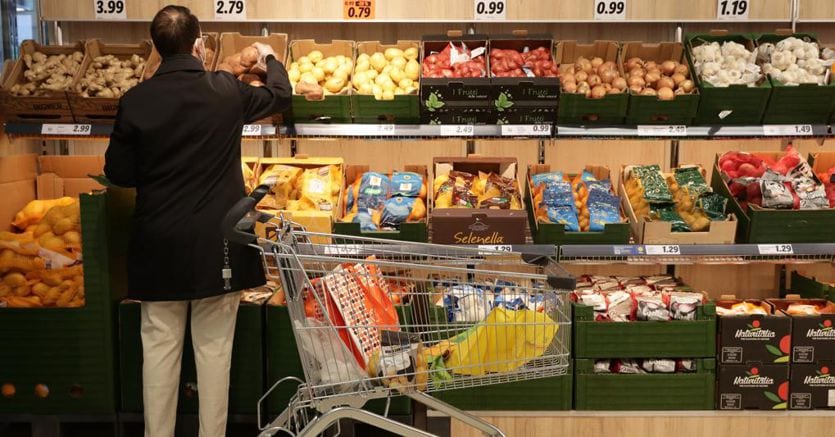 The Italian economy is bad for 8 out of 10 Italians, one in 4 does not make it to the end of the month

Perception of the threshold for the condition of poverty

The results relating to the perception of the individual income thresholds that determine a condition of poverty and the composition of the “social pyramid” of the country. With regard to income, it emerges that for 28% a person living alone with an income of less than 1,000 euros per month is to be considered poor and for another 28% with an income of less than 800 euros. But there is also a significant percentage, 26%, which sets this threshold at 1,200 euros. A photograph that is also reflected in the perception of the country’s “social pyramid”, defined on the basis of the assessment expressed by the interviewees referring to their income and living conditions. As a result, compared to 33% who express a positive perception, declaring that 6% belong to the upper class and 27% to the middle class, as many as 66% perceive a “problematic” social position. 39%, in fact, are placed in a “falling” middle class, with an income that does not allow for luxuries; 15% in the “fragile” class, with difficulty making it to the end of the month; 11% in the lower class, with the perception of having less than necessary or of feeling poor.

Difficulties that find a correspondence in the share (41%, but 63% in the popular class) of those who feel partially (33%) or totally (8%) excluded from today’s society, while not compromising the prevalence (56%, and 71% in the middle class) of those who, on the contrary, feel to a good extent or completely included. The survey then focused on some particularly sensitive aspects in terms of possible social tensions. Starting with the fear of losing their job, expressed by 44% of the interviewees (32% enough, 11% a lot), which rises to 67% in the working class. Furthermore, the perception, expressed by 81% of the interviewees, of an increase in poverty (which by 18% is considered very significant) in their own city or municipality of residence is clear. Finally, as anticipated, almost 6 out of 10 Italians (58%) believe it is possible that the increase in income inequality will provoke waves of protest against the rich and the privileged.

Lusetti (Legacoop): inflation is changing the perception that Italians have of themselves

«Italy is slipping into recession – underlined Mauro Lusetti, President of Legacoop – and for months the fall in Italian confidence has anticipated events that will promptly come true. The increase in costs and prices, the decrease in consumption, the explosion of bills, not only frighten and take away sleep, but are changing the perception that Italians have of themselves, and therefore the structure of our country. Increasingly large sections of the population feel poor, fragile, precarious, exposed to uncertainties that predict gloomy and a future that scares them. We have said several times that urgent policies are needed, from a “state of emergency”, not only to defend the economy, but to protect our communities, to slow down the spread of this social fear that can become social anger. There is no economic development without the confidence that things can improve ».

The variety offered by video games never ceases to amaze him. He loves OutRun's drifting as well as the contemplative walks of Dear Esther. Immersing himself in other worlds is an incomparable feeling for him: he understood it by playing for the first time in Shenmue.
Previous the dresses and looks of the stars on the Croisette
Next Resounding in Madrid: missed penalty by Atletico after the game is over. In London goal canceled to Kane at 96 ‘, Conte sent off | First page