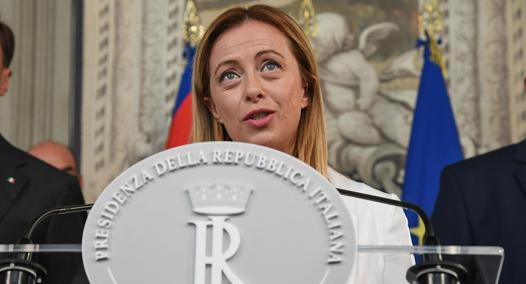 The lesson that comes from London- Corriere.it

In Britain, Rishi Sunak takes over as prime minister from Liz Truss, who has terrorized the markets, alarmed the International Monetary Fund and sunk the pound. Giorgia Meloni, the new Italian premier, is also under observation, of course

Forty-two years old, wealthy financier, born in Southampton to a family originally from Punjab. Rishi Sunak will be the third British Prime Minister of 2022. He should do better than his predecessors, also because the opposite appears difficult. After Boris Johnson’s sloppiness, Liz Truss’s recklessness: a colossal tax cut terrified the markets, alarmed the International Monetary Fund and sunk the pound. Many thought that, after the victory of the right in Italy, this treatment would be ours. It didn’t happen that way. Markets and allies have shown more realism than many commentators. What lesson does all this hide? One above all, and not even so hidden. Actions have consequences. We all repeat that we live in an interconnected world; then, every now and then, we forget it. Voters forget for superficiality; the elected, often, for calculation and cynicism. And the international community – a variegated and complex mechanism – reacts. We have seen, this year, after the British financial blunder, the German energy selfishness, the illiberal measures of the Hungarian and Polish governments. The latter, generous to neighboring Ukraine and the Ukrainians, was granted a truce. But Warsaw remains under observation.

Even Giorgia Meloni, the new Italian premier, under observation? Sure, and luckily. If it were not so, it would mean that we do not count for much. The eyes turned to Italy do not seem malevolent, as the reactions of the White House, where a Democrat is staying, show; the President of the European Commission; and the French president, who also came to Rome to meet the new leadership of the Italian government. A paternal Mario Draghi contributed to this situation, unthinkable a few months ago, aware that the failure of the new government would be catastrophic for Italy and would nullify the efforts made in recent years.

Giorgia Meloni must be acknowledged that she has changed her tone and – we hope – broken. He understood that some things can be said and done, others not. While the two allies – Matteo Salvini and Silvio Berlusconi – sank the government of national unity, argued in the electoral campaign and indulged in risky statements, she wants to appear reassuring. Wise choice. Italy may be forgetful, but the internet remembers everything. Also some reckless statements by the new premier, full of enthusiasm for Donald Trump, support for Vladimir Putin and hatred towards the European Union.

The controversy over a supposed vigilance by France over the new Italian government has recently resumed. So? Vigilance is not the right word, as Macron also admitted. But in a club everyone watches everyone, perhaps without showing it. It is the club of democracies, today, the noblest and most important (even if it is forgotten every now and then). Haven’t we Italians looked carefully at the French elections and at the possible success of Marine Le Pen? Have we not followed and commented, with apprehension, the American and British events of recent years? Of course yes. We are allies and partners. We look at others, others look at us.

Does this mean that Italy is a country with limited sovereignty? That we are prisoners of a perverse mechanism? No, of course. The relentless mechanism; but, often, virtuous. The United Kingdom has committed a sin of pride, and it is paying dearly for it: it believed, by choosing Brexit, that it was self-sufficient. Our salvation having worked in Europe, where we found support (between 2020 and June 2022, the ECB bought Italian public debt for 363 billion). The limitations of sovereignty? They are the ones that, like other countries, we have accepted by signing agreements and treaties.

In this regard, the Ministry of Agriculture, to which it was added, and of the Food Sovereignty deserves a reflection. The new name will not cause any shocks (even if the Italian food producers, who will have to change the name on the wrappers, are not enthusiastic!). But a mistake remains: semantic, logical and political. Let’s repeat it. The European Union is based on the renunciation by each member state of a portion of sovereignty in favor of a common project. Agriculture and food products are, from the beginning, at the center of this project. Is food sovereignty a linguistic regurgitation of the old sovereignty? We prefer to think of an automatic and romantic reflex. The quality of Italian products cannot be defended by changing the name of a ministry.

Videogames entered his life in the late '80s, at the time of the first meeting with Super Mario Bros, and even today they make it a permanent part, after almost 30 years. Pros and defects: he manages to finish Super Mario Bros in less than 5 minutes but he has never finished Final Fight with a credit ... he's still trying.
Previous the humiliation to Meret, the obscene phrase of Mourinho, the torture of Osimhen and Karsdorp in delirium under the Curva
Next Captain Marvel: Brie Larson shows us “her” ride at the Avengers Campus