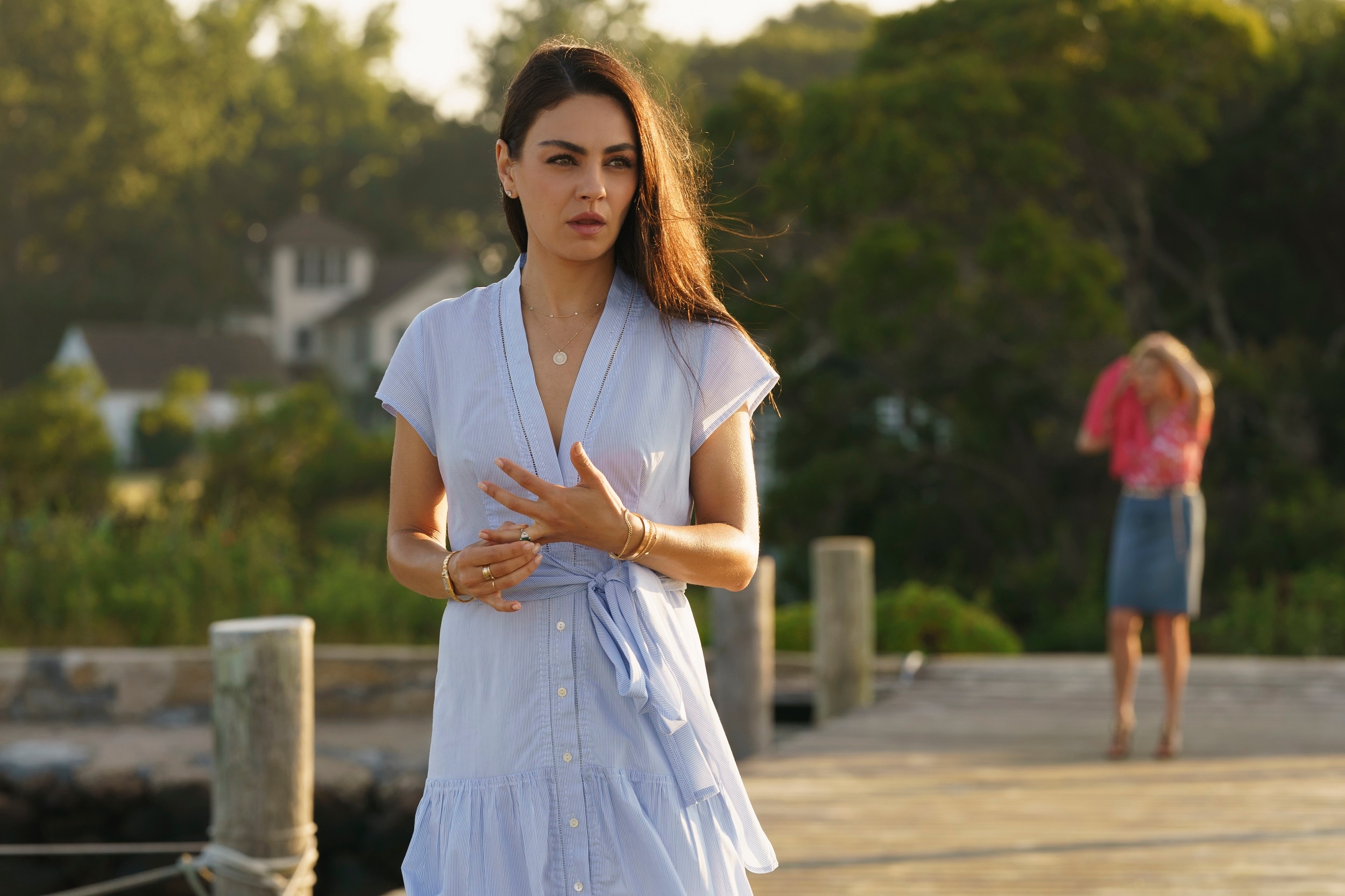 The luckiest girl in the world Netflix movie – True story

THEthe Netflix movie The luckiest girl in the world tells the story of a young woman dealing with a long-repressed trauma: the sexual assault she suffered as a teenager. From a novel based on a true story.

The luckiest girl in the world is the movie with Mila Kunis available on Netflix from 7 October. Directed by Mike Barker is a drama that tells the story of Ani FaNelli, a sharp-tongued New Yorker who seems to have it all. A coveted job in a glossy magazine, a wardrobe of the latest fashion and a dream wedding on the horizon dot her existence.

But when the director of a crime documentary invites her to tell her version of the shocking episode she experienced as a teenager at the prestigious Bradley School, Ani is forced to relive a grim truth that threatens to destroy the life she has meticulously built.

From novel to film

The luckiest girl in the worlda Netflix original film, is the adaptation of the debut novel by Jessica Knoll, published in Italy by Rizzoli. At times funny, shocking, but also deeply heartbreaking, Knoll’s work shot to the top of the New York Times best seller charts soon after its publication in 2015. Centered on a young woman who struggles with the lingering trauma of devastating violence sexual experience as a teenager, has sold over a million copies and has been translated into 38 languages.

Knoll began writing the novel while working as a writer at a fashion magazine. “Many of my colleagues encouraged me,” Knoll recalled. “They said I had a nice pen and that I should try my hand at writing a book. Of my own, I already wanted to write about my experiences and decided to do it. However, I resorted to fantasy and fiction because at the time it seemed much safer to do so”.

The violence described in the novel therefore turned out to be the same that Knoll suffered as a teenager, so much so that he later spoke about it publicly in another essay written in the first person. And that’s why he wanted me to write the screenplay for the Netflix movie The luckiest girl in the world was herself.

Mike Barkeracclaimed for his work with the tv series The Handmaid’s Tale, was then chosen as director. “From the beginning, no one questioned his name,” recalled producer Jeanne Snow. “He We were struck by the delicacy and nuances to which he had resorted in recounting the sexual assaults in the TV series”. A parent of young girls, Barker threw himself headlong into the project: “I have two young daughters and Knoll’s novel made me understand a lot. It was an important story to tell and turn into a film to get it to everyone,” stressed the director.

“When you’re working on a story like the Netflix movie The luckiest girl in the world you have to dig deep,” added Barker. “You have to ask questions and I asked Jessica about her experiences. I wanted her point of view and to know how much of her is actually in Ani’s character and how much isn’t. I will never stop thanking you for the trust placed and the information you wanted to share with me ”.

Main protagonist of the Netflix movie The luckiest girl in the world the actress Mila Kunis she recalled how she was a blessing to work with Jessica Knoll. But, as she pointed out, “the script is obviously different from the book. There are changes in the dynamics of the characters and the ending is also different: we wanted it to be more universal and that as many people as possible could identify with Ani”.

Compared to Knoll’s book, the film shows what happened to the protagonist Ani after the sexual assault and what effect the violence had on the rest of her life. For this reason, the production sought the support of two associations that fight against abuse every day: RAINN (Rape, Abuse & Incest National Network) and The Sandy Hook Promise Foundation.

There are several characters that populate the film The luckiest girl in the world, available on Netflix from October 7th. Let’s get to know them closely.

Ani is a woman who keeps every aspect of her life in check. Nothing is left to chance and her meticulousness is the result of what she has experienced. Her experience as a young girl led her to set herself the goal that no one could ever say anything negative about her. Beneath her perfect exterior, however, there is a woman who has yet to deal with years of repressed trauma. This is why it is as if two different people lived together in Ani: the one that everyone sees and the one that only she knows.

Since Ani’s story unfolds in constant flux between 1999 and 2015, it was necessary to find an actress who could play the character as a teenager. The choice fell on Chiara Aurelia, known for TV series Cruel Summer and Tell Me Your Secrets. “In bringing Ani’s violence to the stage, I understood how much shame, fear and anger come into play”, underlined the young actress. “It is important to tell stories like this: not only because of a trauma that women still experience every day but also because of the consequences it has in their lives”.

Luke is the blue blood boyfriend that Ani is about to marry. “Talking about violence, what it can do to you and how it can affect you is necessary. We all, by culture, tend to run away from our past and from the part of us with which we no longer want to relate. Instead, we should learn to deal with the pain and regain control of ourselves,” said the actor of Ani’s story.

Dina is Ani’s mother. “I immediately adored my character because he’s so complex,” the actress highlighted. “As a mom, Dina is not perfect. She makes so many mistakes but it’s interesting to find out why she does it and what weight she has on Ani. She is not the classic empathetic and caring mother but she has inevitably shaped her daughter, instilling in her values ​​and ideas that have led her to be who she is. In some ways, she is Ani’s worst ally ”.

Andrew is a high school teacher with whom Ani develops a strong bond. It’s him, cooler and more forgiving than others, that Ani trusts and that she confides in. “90 percent of the women I’ve met have been manipulated or abused in some way by a man,” McNairy sadly noted. “We need to put the spotlight on the issue. Nothing will change overnight, but in the meantime, let’s begin to seriously address the issue”.

Nell is Ami’s best friend. Theirs is a strong and sincere bond, one of the reasons why actress Justine Lupe had no hesitation in accepting the part of her. “Their relationship is nuanced but also incredibly supportive. It’s rare to see in a film two women who love each other so much despite their flaws, problems and differences,” she underlined.

Lolo Vincent is the editor-in-chief of the magazine for which Ani works. She is her boss but also the one to whom professionally Ani owes everything. Playing her is the iconic Jennifer Beals. “I wanted to be part of a story about how important it is to share your experience, even if it’s incredibly painful. By talking about it, you not only help yourself but also everyone else who has experienced the same trauma as you.”

The luckiest girl in the world: Pictures from the movie

David Martin is the lead editor for Spark Chronicles. David has been working as a freelance journalist.
Previous Grey’s Anatomy quotes about love and friendship
Next Ben Foster, all about the American actor