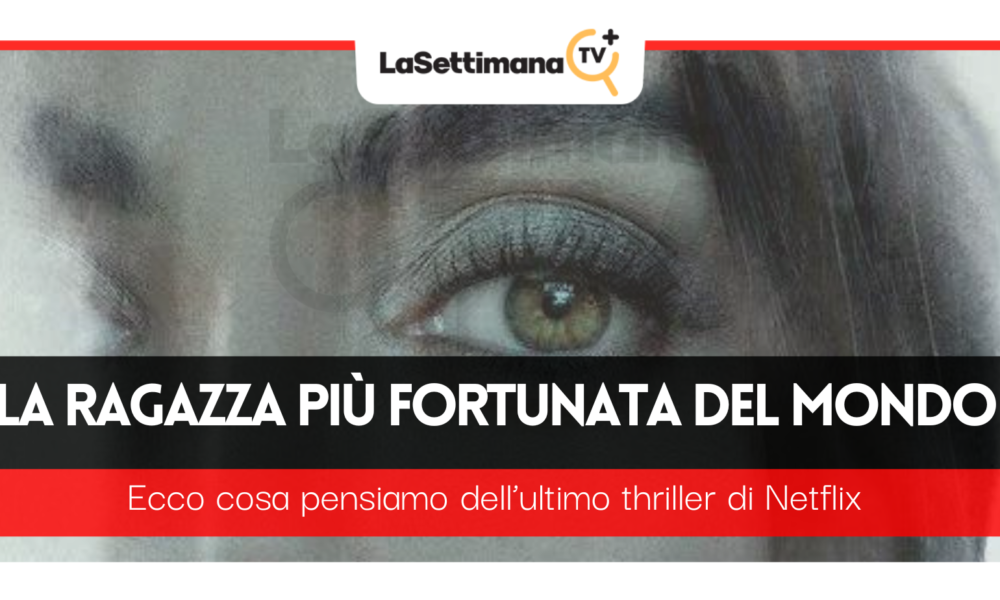 The Luckiest Girl in the World: The latest Netflix thriller

The Luckiest Girl in the World: The latest Netflix thriller

The film is based on the novel of the same name, written by New York Times bestseller Jessica Knoll. Knoll also wrote the film’s screenplay, working alongside director Mike Barker.

“The Luckiest Girl in the World” tells the story of a past tragedy that takes place in the current life of the main character.

While most movies released through Netflix follow a similar pattern of somewhat cheap and tacky production, “Luckiest Girl Alive” breaks that pattern. Mystery depicts very serious issues in a respectful and impactful way for its audience. It is carefully classified R as there are very intense scenes which further add to the meaning of sharing the story.

The luckiest girl in the world

Starring Mila Kunis as Ani FaNelli and Chiara Aurelia as the younger version of Ani, the story follows the character in the present, as well as the past.

The story takes place in New York City and follows Ani, a character with many identities. A writer waiting for her big break, a rich man’s girlfriend from old money, and a woman struggling to reconcile with her past.

Throughout the film, the audience learns about Ani’s tragic past. First more superficially, and finally on a more personal level as the film delves into Ani’s secrets.

The film focuses on the importance of truth and honesty and Ani often struggles to decide whether or not some details are worth sharing with the world. This becomes significant when she is offered the opportunity to share her side of her story regarding the incident that happened nearly two decades before her.

She is approached by the director of a documentary interested in interviewing the victims and those affected by the tragedy. Ani uses this opportunity to revisit the past and ultimately has to decide what will be best for her.

One of my favorite aspects of the film was its ability to fully develop both timelines. The “present” takes place in 2015, the year in which the novel was published. The past shows Ani’s high school experience at her exclusive private school in 1999.

The two actresses playing Ani make it seem as if the character is being played by one person, allowing for a natural and human progression of the character. This gives the audience a stronger understanding of the character herself as a whole of her and how the tragedy has shaped her as a person.

The past and the present

These timelines are enhanced by the film’s skillful editing. From the very first scene, I was interested in what had happened and what was yet to come. Editing played a huge part in creating that feeling.

In addition to editing, pacing in a crime or thriller film is very important to me as a viewer. Barker was able to pace the film in a way that kept his audience hooked throughout the film. He keeps both timelines moving at a constant pace. Makes the revelations about the 1999 scenes relevant to the 2015 scenes.

While some of the dialogue was a little gruesome at times, the narrations provided by Kunis shed light on the inner workings of the character Ani’s mind, giving her a dimension that is often missing in films. This addition reflects Knoll’s involvement in the film. The importance of the writer’s involvement

While I have yet to read Knoll’s novel, I appreciate when the authors are involved in the filmmaking process. Particularly in screenwriting, as their involvement lends authenticity to the story from the person who originally envisioned it.

A film with such a serious and intense subject matter as this one needs to be treated with caution to create a film that is as impactful as it is entertaining. “The luckiest girl in the worldtells a heartwarming story consistently thanks to its vulnerable script and the powerful performances provided by Kunis and Aurelia.

Keep following us on Facebookup Instagram, Twitter and Waveful! Receive all the news on your mobile by subscribing to the channel Telegram.

Check out the latest updates by clicking here.

David Martin is the lead editor for Spark Chronicles. David has been working as a freelance journalist.
Previous Review: Love Life – Cineuropa
Next TV series coming out in October: 10 to see