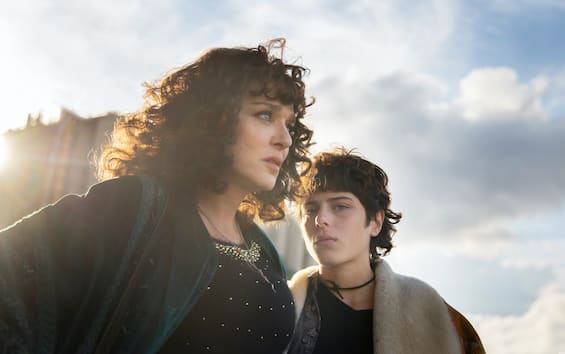 The lying life of adults, the poster of the miniseries based on the novel by Elena Ferrante

Netflix released the new poster of the six-episode miniseries The lying life of adults, television adaptation of the homonymous novel by Elena Ferrante. The new image suggests the duality of history modern and honest set in Naples, directed by Edoardo De Angelis with Valeria Golino, Alessandro Preziosi, Pina Turco and newcomer Giordana Marengo. The screenplay is edited by the writer, in collaboration with Laura Paolucci, Francesco Piccolo and De Angelis himself.

The new poster: generations in comparison

The lying life of adults, the teaser poster of the tv series

“Two separate worldstwo seemingly opposite lives of two incredibly similar peoplereads the caption of the post on the official Netflix Instagram page. On the one hand, Giovanna, a young woman who has to deal with her changing body and feels inadequate, out of place, while the adults seem not to understand her fears, thoughts and feelings. On the other side of her, Aunt Vittoria, an outspoken woman who finds a way to communicate with her nephew, urging her to live, to fall and get up again. He builds a complicit relationship with her for a sort of training “in her own way”.

The lying life of adults: What is the series about?

Giovanna lives her childhood and adolescence inItaly of the nineties and her father often compares her to Aunt Vittoria, a mysterious figure connected to their family. Giovanna is not doing well in school and her mood is fluctuating, but her greatest desire is to meet this woman she has heard of for so many years and she has never met. The father organizes the meeting and Giovanna stays fascinated by Aunt Vittoria who becomes part of his life more every day, revealing some background of the family that is difficult to imagine. Through her pain, the young protagonist begins to understand that the world is full of nuances and events are influenced by friendships, loves and personal experiences that change people and situations.

The lying life of adults, the cast of the tv series

Netflix (also visible on Sky Q and via app on NOW Smart Stick) has unveiled the complete cast of The lying life of adults, the series, in 6 episodes, based on the homonymous novel by Elena Ferrante, published by Edizioni E/O, which will debut by the end of 2022

The TV series The Lying Life of Adults will be directed by Edward De Angelis And Valeria Golino will play the role of Victoria.

In The Lying Life of Adults, the protagonist Giovanna will be played by the young debutant actress Giordana Marengo, Here we see her in the photo together with Valeria Golino

Insert among the hundred most influential personalities of the year 2020 in the ranking of the prestigious Time magazine, Elena Ferrante wrote the four volumes of the saga The Brilliant Friend which were a hit with over 15 million copies sold. His novels have been translated into 45 languages ​​and Fandango has produced many films based on them, such as The Dark Daughter by Maggie GyllenhaalThe Days of Abandonment by Roberto Faenza e The Troubled Love by Mario Martone. His stories lend themselves to the small and big screen, captivating an audience of different generations.

David Martin is the lead editor for Spark Chronicles. David has been working as a freelance journalist.
Previous Cristiano Ronaldo is the first to reach 500 million followers on Instagram: a sixteenth of the world’s population follows him
Next Far Cry New Dawn PC Game Download Full Version