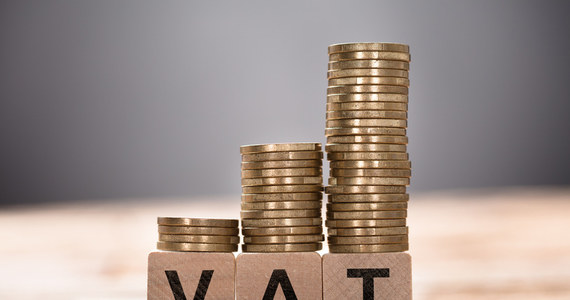 The Ministry of Finance deals with a short-term lease

Sarnowski, asked on Thursday on Wnet radio about possible changes in VAT, indicated that there is space to fight VAT inflation. “Details will be presented in the coming days. We hope by Prime Minister Mateusz Morawiecki,” he said.

The deputy head of the Ministry of Finance recalled that in recent years we have witnessed a record decrease in the VAT gap from approximately 25%. up to 8 percent “It is not yet the final border. There are many large EU countries, such as France, where the VAT gap is estimated at around 4-5%.” – he said.

According to him, “also in the case of Poland, there is still room for this scale of irregularities to be reduced by at least a half”.

As Sarnowski admitted, the basic assumptions of the anti-inflationary shield should be presented later this week. “Also among them are tax solutions” – he said.

The deputy minister stated that we are on the threshold of another wave of sealing. He reminded that in January 2022 entrepreneurs in the voluntary formula, and from March 2023, they will obligatorily use e-invoices. “The Ministry of Finance will receive information on the turnover between entrepreneurs after 1.5-2 months, as it is now, only in real time” – he indicated.

He noted that in this way “the life span of tax carousels will decrease” from the current 3-4 months to several weeks. “We will only be the fourth EU country to implement e-invoicing. The next one at the turn of 2024-25 will be France” – he added.

As Sarnowski said, in the coming months the Ministry of Finance will deal with the issue of, inter alia, the so-called flipping – the gray area in the field of short-term rental. He pointed to the problem of vacancy – the possession of residential premises that are not even available for rent on the market.

According to the deputy minister, “based on the rapidly growing housing prices”, the market is dealing with short-term speculation.

“The real estate market is one of the central topics that will be dealt with by the Ministry of Finance, while any changes in this area (…) will enter into force in January 2023 at the earliest.” – said Sarnowski.

The gray area is growing in rental apartments
MarketNews24

Soon, the provisions introducing the National System of e-Invoices will come into force, they are only waiting for the president’s signature and publication in the Journal of Laws. The assumed date is January 1, 2022 – according to Law.pl. Until January 2023, the issuing of invoices will be voluntary, and after that date it will become obligatory.

The National System of e-Invoices (KSeF) is intended to be an ICT system for receiving and storing structured invoices. After entering the invoice data, it will assign a unique identification number to the document and verify the compliance of the data contained in such an invoice with the structured invoice template. The invoice is to be considered as issued and delivered on the day the system assigns an identification number to the document. The system will also analyze and control the correctness of data shown in invoices structured by taxpayers, which will increase the analytical and verification capabilities of tax authorities.

The Ministry of Finance points to the benefits of introducing the new system, including taxpayers choosing an e-invoice will receive their VAT refund faster. The return period will be shortened for them by 20 days, from 60 to 40. Moreover, the invoice will remain in the MF’s database and will never be damaged or lost, so there will be no need to issue duplicates.

According to Arkadiusz Łagowski, a tax advisor quoted by Law.pl, the introduction of the KSEF should contribute to tightening the system. However, it points out that the new rules bring with them a lot of uncertainty for taxpayers.

“So far, we have learned the legal solutions. Taxpayers are waiting for details and a complete technical solution to be presented. They are afraid that the implementation of the new system will entail a great organizational, functional and, above all, financial effort for them. The accounting and related processes will have to change. with customer service “- points out Arkadiusz Łagowski.

Piotr Prokocki, attorney-at-law and tax advisor at Vistra Poland, views the very idea of ​​implementing the KSEF – as a tool to fight the shadow economy – positively. “All kinds of fraud involving, inter alia, failure to issue invoices, understating the amounts shown on invoices or adding descriptions inconsistent with the actual state of affairs lead to disturbing the conditions of the free market and weaken the competitive position of honest taxpayers” – emphasizes Prokocki in a statement for Praw.pl. However, his doubts are raised by the too fast pace of changes and the time of their implementation – parallel to the entry into force of most tax changes under the Polish Order.

The variety offered by video games never ceases to amaze him. He loves OutRun's drifting as well as the contemplative walks of Dear Esther. Immersing himself in other worlds is an incomparable feeling for him: he understood it by playing for the first time in Shenmue.
Previous Halo Infinite has been “delayed for players”. The decision is a “great” example of the work of the Xbox management
Next Fame MMA: “Don Kasjo” about the behavior of Artur Szpilka. “This is the Don Kasjo complex”