The most beautiful looks and the hits of Emily VanCamp

Before even making her debut in the Marvel universe, Emily VanCamp gained popularity by starring in TV series such as Everwood And Revenge.

Emily VanCamp is an actress whose career has suffered a pleasant exception. She entered the universe by right Marvel playing Peggy Carter’s niece, Sharonand his character has appeared in both Captain America than in the recent television series The Falcon and the Winter Soldier. However, we are talking about the exception because the notoriety came a long time before and with totally different projects.

The actress took her first steps in show business as a child. The big opportunity first came with Glory Days and then with Everwood. Here she had the opportunity to get noticed by interpreting Amy Abbott. Not long after, she starred in Brothers & Sisters – Family secrets playing Rebecca Harper, a character who became a regular almost immediately. But the revelation came with Revengesuccessful TV series in which she played the protagonist Emily Thorneor better Amanda Clarke. And convict was the set of Revenge for the actress and her current husband. In the TV series, Joshua Bowman he played Daniel and his relationship with Emily didn’t have a happy ending.

Around the same time that Revenge aired, Emily VanCamp was cast as Sharon Carter in the Marvel universe. She first appeared in Captain America: The Winter Soldierafter which she appeared in Captain America: Civil War and finally got involved in The Falcon and the Winter SoldierTV series released in 2021. Another big hit series with Emily VanCamp is The Residentmedical drama in which she played Nicolette.

It’s been a while since Emily VanCamp last walked the red carpet. Among the last appearances of her it is worth mentioning the premiere of The Resident in London in 2018. For the occasion, she wore a total pink suit with a double-breasted jacket by Dolce & Gabbana. At the première of Captain America: The Winter Soldier in 2014, she wore a silver minidress with gold sequins and fringes by Monique LhuillierPre-Fall 2013 collection. She matched the dress with total black sandals by Christian Louboutin. On the red carpet of the Emmy Awards 2012Emily VanCamp wore a long dress in tulle with pleated skirt by J. Mendel. The dress, total silver, features delicate embroidery at bodice height and is accompanied by jewels by Van Cleef.

On the red carpet of the 45th edition of CMA Awards, the actress took part in the 2011 ceremony wearing a plum-colored chiffon long dress with a rigid bodice and pleated skirt. In combination, she proposed a clutch in gold and silver pendants. At the première of The Resident in New York in 2018, she wore an orange midi with an asymmetrical cut skirt and ruffles. In the context of Marvel, for Captain America: Civil War in 2016 he took part in the European preview in London proposing a total black jumpsuit suit with nude bodice and black lace embroidery by Zuhair Murad.

David Martin is the lead editor for Spark Chronicles. David has been working as a freelance journalist.
Previous Orchestra of ES will play until Beyoncé in unprecedented concert with rap
Next Movies and series to watch on Watch Brasil and remember the importance of May 13 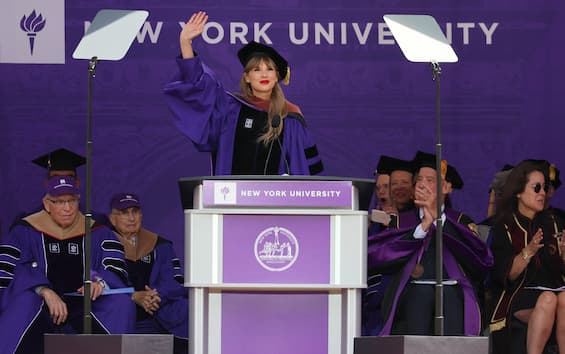